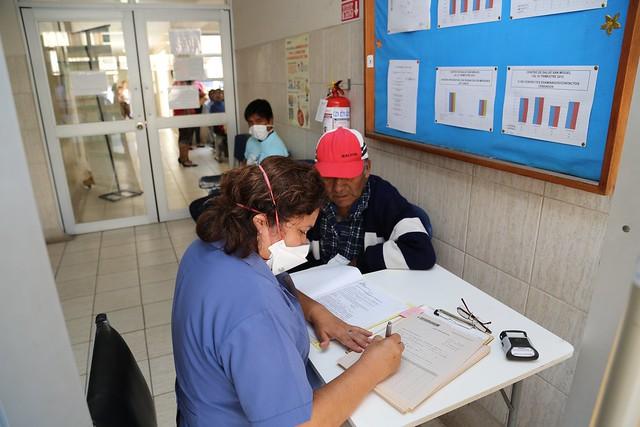 The US Food and Drug Administration (FDA) today announced the approval of a new antibiotic for treating the most drug-resistant forms of tuberculosis.

Pretomanid, developed by the nonprofit TB Alliance, was approved under the FDA's Limited Population Pathway for Antibacterial and Antifungal Drugs (LPAD) pathway as part of a three-drug, 6-month regimen for treatment of patients with extensively drug-resistant TB (XDR-TB) or those with multidrug-resistant TB (MDR-TB) who are either failing therapy or are treatment-intolerant.

The all-oral regimen, collectively known as the BPaL regimen, consists of pretomanid, bedaquiline, and linezolid. The 6-month treatment duration is significantly shorter than current treatment regimens for highly drug-resistant TB, which last 18 to 24 months, and has the potential to substantially improve effectiveness against a disease that's been difficult to treat.

The World Health Organization (WHO) estimates that 558,000 people worldwide developed drug-resistant TB in 2017, and 8.5% of those cases were XDR-TB. While cure rates for drug-susceptible TB are 82%, the latest treatment outcome data show success rates of only 55% and 34% for MDR-TB and XDR-TB, respectively. The poor cure rates for drug-resistant TB are attributed to the length of the treatments and regimens that include painful injections and less effective and more toxic drugs.

While the WHO's recent addition of bedaquiline and linezolid to recommended MDR-TB and XDR-TB regimens is improving cure rates, Everitt said the current treatments for highly drug-resistant TB still require patients to take as many as eight antibiotics, some injectable, for at least 18 months. Treatment for drug-susceptible TB lasts 6 months.

Everitt thinks BPaL will be a significant improvement for patients.

"It's a much shorter treatment, a much simpler treatment, and it will be lower cost simply because it's only three drugs and the healthcare system doesn't have to be treating people for 18 to 24 months," he said. "It's still 6 months, but more patients will be taken care of, and there will be less transmission."

"I think that the FDA's approval of pretomanid is an important step forward in the treatment of XDR-TB," he told CIDRAP News. "Patients with XDR-TB have very limited treatment options, and the approval of a new drug as an option for treating these patients is most welcome."

The efficacy and safety of pretomanid—a member of a class of compounds known as nitroimidazooxazines—was primarily demonstrated in the phase 3 Nix-TB trial, which tested the BPaL regimen in 109 patients in South Africa with XDR-TB and treatment-intolerant or non-responsive MDR-TB. Of the 107 patients who were evaluated 6 months after the end of therapy, 95 (89%) were successfully treated. The new drug application included 18 other clinical studies evaluating pretomanid's safety and efficacy.

"That all has to be managed carefully," Everitt said.

The approval marks the culmination of a long journey for pretomanid, which was acquired by TB Alliance in 2002 and has been in clinical development since 2005. The effort has been supported by the US Agency for International Development and the National Institutes of Health, along with private and philanthropic groups.

"We welcome this approval as it shows the real-world impact of US government investment in finding new cures and vaccines for the world's deadliest diseases," Global Health Technologies Coalition (GHTC) director Jamie Bay Nishi said in a statement.

Pretomanid is only the second drug to be approved under the LPAD pathway, which was established by Congress to speed the development of antibacterial and antifungal drugs for patients with life-threatening infections and limited treatment options. It was also granted Priority Review, Orphan Drug, and Qualified Infectious Disease Product status by the FDA.

Pretomanid is expected to be available in the United States by the end of the year, and is currently being reviewed by the European Medicines Agency. Everitt says the FDA approval, along with updated WHO treatment guidelines for highly drug-resistant TB, will pave the way for the BPaL regimen to be approved in the countries where it's most needed, including India, China, South Africa and the former Soviet republics.

"It should have a major impact in those areas," he said.