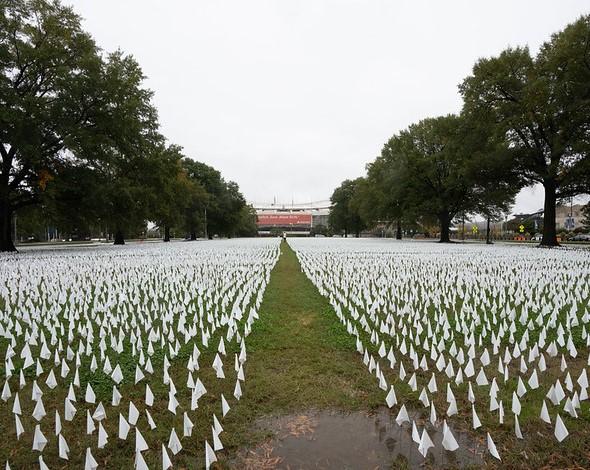 Today the United States met a grim milestone: In 1 year, more than half a million Americans have died from COVID-19, as at least 28,174,133 million have suffered infections, thousands have lost jobs, and all have had the pandemic touch multiple aspects of everyday life.

To mark the passing of 500,000 Americans, President Joe Biden today will hold a moment of silence and candle-lighting ceremony at sundown at the White House.

Despite the enormous death toll, there are signs the pandemic is loosening its grip in the United States.

And vaccination is expected to pick up across the country again this week after severe winter weather delayed activities last week.

According to the Centers for Disease Control and Prevention (CDC) , 75,205,940 doses of vaccine have been delivered to states, with 64,177,474 doses administered. Over 19 million Americans have received the full 2-dose series, and more than 44 million have had at least one dose.

Two clusters involved probable educator-to-educator transmission during in-person meetings or lunches, and those educators then transmitted to students in the classroom, resulting in 15 of 31 (48%) school-associated cases.

Although the school district promoted a number of mitigation strategies, including physical distancing of 3 feet and universal masking except at lunch time, interviews revealed that inadequate mask use in students likely contributed to spread in five clusters.