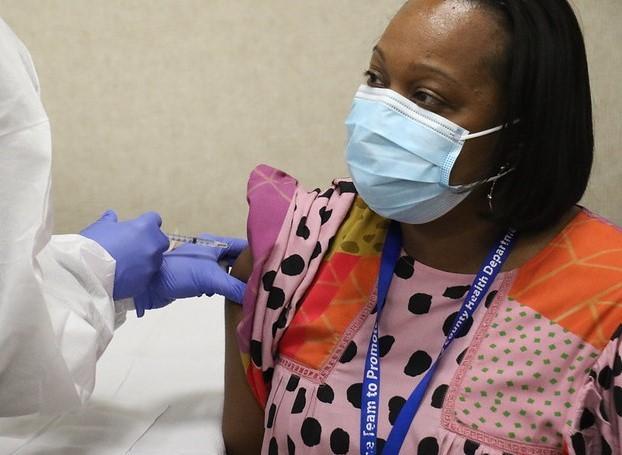 Today White House officials released details of their plan to deliver booster COVID-19 shots for all fully vaccinated US adults who completed their two-dose mRNA vaccination regimen at least 8 months prior. The booster program will begin the week of Sep 20.

"It is now our clinical judgment that the time to put out a plan for boosters is now," said Vivek Murthy, MD, the US Surgeon General. "We have data that protection against moderate disease decreases over time."

Murthy said the boosters will be contingent on the Food and Drug Administration authorizing the third dose.

Throughout the press briefing, officials explained new data published today in Morbidity and Mortality Weekly Report, which shows the current mRNA vaccines by Moderna and Pfizer/BioNTech afforded waning protection against infection from March to July 2021, and decreased effectiveness as the Delta (B1617.2) variant has surged to become the dominant strain in the country. (See related CIDRAP News story.)

Murthy said he anticipates a booster will also be needed for the more than 13 million Americans who have been vaccinated with the Johnson & Johnson vaccine, but guidance will hinge on data expected from that company in the coming weeks.

"We are not recommending that you go out and get a booster today," he said.

Throughout today's press briefing, Murthy empathized that the new booster plan does not diminish two other goals of the administration: distributing vaccines globally and getting hesitant Americans to initiate the vaccination process.

"I do not think we have to choose between vaccinating Americans and the world, but we have to act based on the data we have," Murthy said.

200 million Americans have at least 1 dose

Though cases across the country remain high, Jeff Zients, the head of the White House COVID-19 team, said the administration is noting an uptick in vaccination rates. In the past 2 weeks, he said, 7 million Americans got their first shot, the highest number since the beginning of June.

And, ahead of school starting, there has been a 75% increase in the daily average of 12- to 15-year-olds getting vaccinated, he said. According to CNN, over the past 2 weeks, adolescents ages 12 to 15 account for one fifth of all new vaccinations in the country. The share of fully vaccinated people who are ages 12 to 15 has risen from 21.5% in June to 32.2% in August.

Zients said that, by the end of today, 200 million Americans will have at least their first shot.

"This is a major milestone," he said. "Americans across the country are continuing to step up and get vaccinated."

The Centers for Disease Control and Prevention (CDC) COVID Data Tracker shows that 50.9% of Americans are fully vaccinated and 59.9% have at least one dose.

Alabama runs out of ICU beds

After weeks of warnings from health officials and steep case increases, Alabama is now officially out of intensive care unit (ICU) beds.

"We've never been here before. We are truly now in uncharted territory in terms of our ICU bed capacity," said Alabama Hospital Association President Don Williamson, MD, to a local news station. "There were 1,568 patients today who need ICU beds, and there are only 1,557 designated ICU beds in the state today."

Though the worst of the summer surge is still seen in Southern states and in communities with low vaccination rates, breakthrough infections in vaccinated people accounted for at least one in five new cases in six states—California, Colorado, Massachusetts, Oregon, Utah, and Vermont— and higher percentages in total hospitalizations and deaths than had previously been observed in all of them, according to figures gathered by the New York Times.