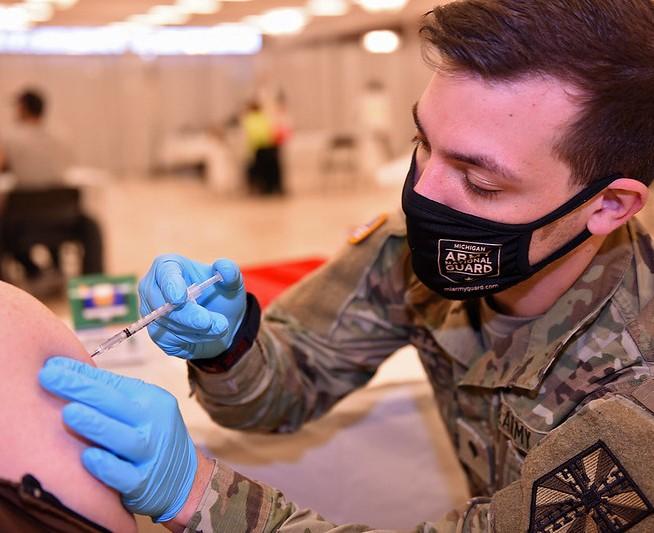 Case counts and deaths from COVID-19 are dropping throughout the United States, including in Michigan, where state officials are seeing an average of 4,859 new COVID-19 cases a day, down 29% from the 7-day average of 6,732 a week ago, according to mlive. The 7-day positivity rate in the state is 12.3%.

Though still high, the numbers show the surge of virus activity that took hold of the Upper Midwest and Northeast in recent weeks is likely on the decline, as more and more of the most vulnerable Americans are fully vaccinated.

But younger adults, those under 50 who may not yet be vaccinated or do not think they need protection from the virus, are still driving cases in Michigan, according to the New York Times. Michigan hospitals are now admitting about twice as many coronavirus patients in their 30s and 40s as they were during the fall peak.

Only about 8 million Americans had received the one-dose Johnson & Johnson (J&J) COVID-19 vaccine before a 10-day pause was instated and lifted in the past 2 weeks. The vaccine was found to be linked to rare but potentially deadly blood clots.

On Apr 23, the Food and Drug Administration (FDA) once again authorized the J&J vaccine for emergency use, with a special warning for women ages 18 to 49, explaining the low risk of the clots. Since then, some states have started distributing the vaccine again.

In Indiana, the J&J vaccines was used Apr 24 at a mass vaccination clinic at the Indiana Speedway. Florida and New York also resumed inoculations with J&J, the Wall Street Journal reports.

But despite an overall risk of 1.9 blood clot cases per million people, Americans now distrust the J&J vaccine. According to a poll conducted while the vaccine was on pause, fewer than 1 in 4 Americans who haven't been immunized say they would get the J&J vaccine.

The CDC said that, among Americans who have gotten the two-dose mRNA vaccines, only 8% have missed getting their second dose in the recommended 3- to 4-week timeframe.

Tomorrow President Joe Biden is expected to address the public on shifting guidelines for vaccinated Americans, including those on mask use.

Biden had asked Americans to wear a mask in public as a patriotic act for first 100 days of his administration. Ahead of that milestone this week, Biden is expected to say the Centers for Disease Control and Prevention (CDC) now will not recommend mask use outdoors.