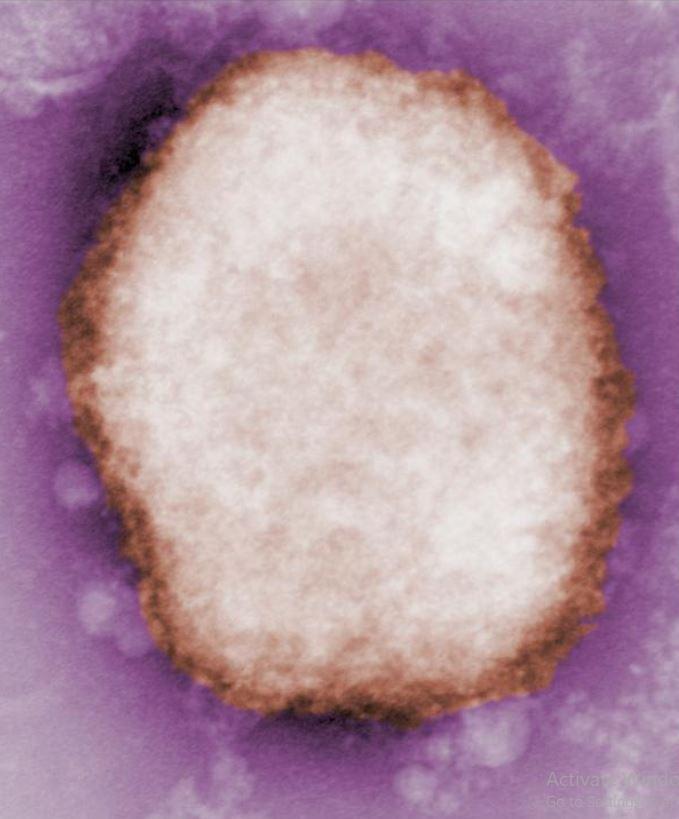 US officials have confirmed a case of monkeypox in a Massachusetts resident who had recently traveled to Canada, where health officials are investigating 17 cases in the Montreal area.

This is the first monkeypox case detected this year in the United States. In 2021, both Maryland and Texas reported single cases in residents who had recently traveled to Nigeria, where the virus is endemic.

But the current case and more than two dozen cases in Europe do not involve recent travel to endemic countries. Instead, community spread is suspected among men who have sex with men, suggesting close sexual and personal contact is behind the recent uptick in cases.

"Many of these global reports of monkeypox cases are occurring within sexual networks. However, healthcare providers should be alert to any rash that has features typical of monkeypox," said Inger Damon, MD, PhD, a poxvirus expert at the Centers for Disease Control and Prevention (CDC) in a press release. "We're asking the public to contact their healthcare provider if they have a new rash and are concerned about monkeypox."

According to the CDC, monkeypox is being spread through contact with body fluids, monkeypox sores, or shared items (such as clothing and bedding) that have been contaminated with fluids or sores of a person with monkeypox.

Rash can be mistaken for herpes, chickenpox

The Massachusetts Department of Public Health warned clinicians that early presentation could be confused with syphilis, herpes, or varicella zoster virus, which causes chickenpox.

Monkeypox is not known to be a sexually transmitted disease. Instead, the orthopoxvirus is related to smallpox and is spread through close contact with infectious materials. Though most cases detected outside of Africa have been mild, the disease can be severe and deadly, and can produce scars on the skin as the rash heals.

Symptoms usually begin with malaise and fever, then progress to a rash that appears on the face, palms, and hands of a patient.

The smallpox vaccine has also been used to prevent monkeypox infections in those exposed or at high risk, with a success rate of about 85%. Today Danish pharmaceutical company Bavarian Nordic said it saw stock prices soar as unnamed European countries showed an interest in buying its smallpox vaccine, which is called modified vaccinia Ankara-Bavarian Nordic (MVA-BN), Jynneos (US), Imvamune (Canada), or Imvanex (Europe).

Smallpox vaccines are currently being used in Britain on healthcare workers who may be at high risk for contracting the virus.

"Historically, vaccination against smallpox was shown to be protective against monkeypox," the World Health Organization (WHO) said today in a notice on the outbreaks.

"While one vaccine (MVA-BN) and one specific treatment (tecovirimat) were approved for monkeypox, in 2019 and 2022 respectively, these countermeasures are not yet widely available, and populations worldwide under the age of 40 or 50 years no longer benefit from the protection afforded by prior smallpox vaccination programmes."

Media reports from Sweden and Italy today confirmed each of those countries has a case of monkeypox. In Sweden a case-patient has been identified in Stockholm, and authorities are investigating if that person had any contact with other cases.

In Italy a resident of the country who recently traveled to the Canary Islands was confirmed to have the virus. Two other suspected cases are under investigation.

UK Oxford epidemiologist Moritz Kraemer, PhD, is keeping track of global clusters and cases. So far, seven countries, including Canada, the United States, the United Kingdom, Spain, and Portugal, have confirmed cases, most in young men.

'Much more susceptible to poxviruses'

"This is something we need to take seriously and investigate, but this is not something where we will have tens of thousands of cases of monkeypox in the United States," Dan Bausch, MD, the president of the American Society of Tropical Medicine & Hygiene, told CIDRAP News. "But collectively we may have the largest monkeypox outbreak to date outside of West Africa."

Anne Rimoin, PhD, MPH, of the University of California-Los Angeles said it makes sense that monkeypox cases could become more prevalent almost 50 years after the eradication of smallpox.