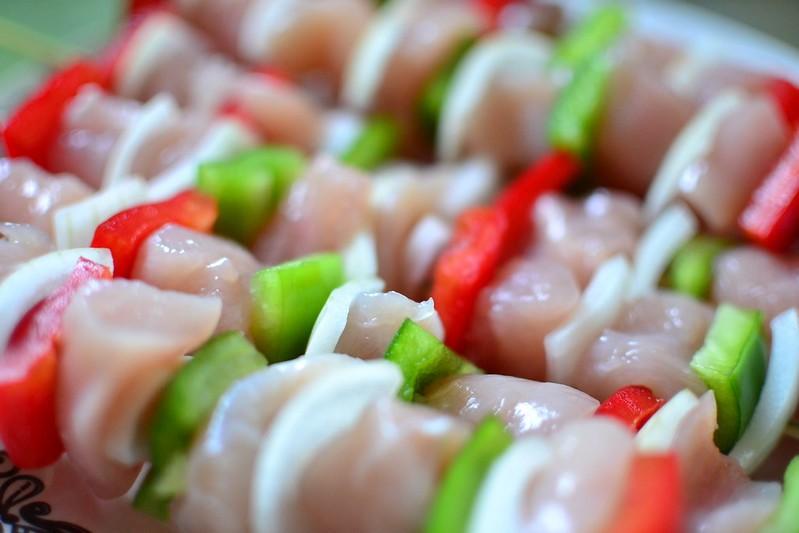 The US Department of Agriculture (USDA) Food Safety and Inspection Service (FSIS) today proposed new rules that would support a strategy for cutting Salmonella contamination in poultry products to reduce foodborne illnesses.

In a nutshell, the USDA is exploring whether certain levels or types of Salmonella in raw poultry products pose enough of a risk to be considered adulterants. In August, the USDA's FSIS announced that it would declare Salmonella an adulterant in breaded and stuffed raw chicken products, which have been linked to as many as 14 foodborne illness outbreaks since 2018.

Salmonella bacteria cause about 1.35 million infections each year, along with 26,500 hospitalizations, according to estimates from the Centers for Disease Control and Prevention (CDC).

Among overall Salmonella illnesses, more than 23%—or about 300,000—are linked to poultry consumption. Over the past several years, for example, several multistate outbreaks have been tied to breaded raw chicken products and ground turkey.

The USDA puts the total cost of the foodborne Salmonella infections at $4.1 billion annually, with a $88 million loss of productivity to the economy.

USDA Under Secretary Sandra Eskin, JD, said in a press release that Salmonella in poultry is a complex problem with no single solution. "However, we have identified a series of strategic actions FSIS could take that are likely to drive down Salmonella infections linked to poultry products consumption, and we are presenting those in this proposed framework," she said.

The proposed framework is the result of months of information-gathering and input from stakeholders, researchers, and scientists, the USDA said. The three key components would require incoming flocks to be tested for Salmonella, enhance the control process and FSIS verification at establishments, and implement an enforceable final product standard.

Also, the strategy proposal addresses Salmonella testing and the impact of the changes on small and very small establishments.

Craig Hedberg, PhD, professor and co-director of the Minnesota Integrated Food Safety Center of Excellence, said in the USDA release that the framework is an important step toward moving away from a hazard-based regulation to risk-based regulation. "Focusing on levels of Salmonella and highly virulent strains of Salmonella rather than just the presence or absence of Salmonella should reduce the number of illnesses associated with poultry," he added.

Angie Siemens, PhD, Cargill's vice president for food safety, quality, and regulatory, said the company supports the need to develop a public health–based risk approach to assist in meeting the federal government's Healthy People 2030 Salmonella targets. Siemens also said Cargill looks forward to reviewing the framework and being part of a robust dialog on the issue.

The USDA will host a virtual public meeting on Nov 3 to get stakeholder feedback on its proposal.

Bill Marler, a Seattle-based food safety attorney who publishes Food Safety News, said today in a blog post that he never thought he'd see the USDA stipulate that 23% of foodborne Salmonella illnesses are attributable to poultry or propose that incoming flocks should be tested for Salmonella.

However, he said the proposals currently lack clear timelines or regulations. "We shall see if this new move from FSIS is more aspirational or more realistic."