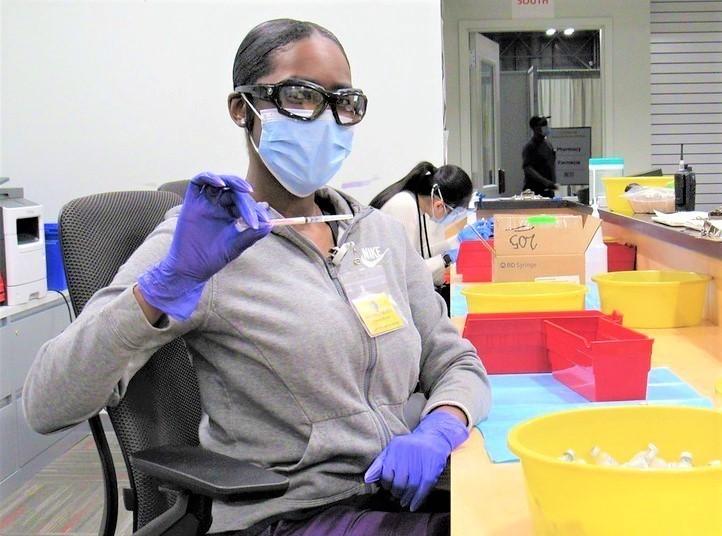 The White House launched a week-long blitz to encourage vaccination against COVID-19 this weekend, 1 week before the Fourth of July holiday, which the president has said will mark the country's independence from the pandemic.

The administration had hoped 70% of Americans over age 18 would have received at least one dose of COVID-19 vaccine by Jul 4, but last week officials said they miss that mark.

Now, top officials from the administration and even celebrities are being used to court what the Associated Press calls the "moveable middle," roughly 55 million unvaccinated American adults, many under age 30.

These people are considered persuadable and open to the idea of vaccination but have not made it a priority. President Joe Biden, First Lady Jill Biden, and Vice President Kamala Harris are all expected to travel to vaccination sites this week to promote the cause.

Officials speaking at vaccination sites are now using the growing threat from the Delta variant to encourage people to get vaccinated, warning them that unvaccinated Americans will be susceptible to infections caused by the highly transmissible variant, which now accounts for 20% of US infections.

Yesterday on "Face the Nation," former Food and Drug Administration (FDA) Commissioner Scott Gottlieb, MD, predicted that the Delta variant will cause small but dangerous outbreaks in the coming months. "It's going to be hyper-regionalized, where there are certain pockets of the country [where] we can have very dense outbreaks,” he said.

Also on the talk show was Gov. Asa Hutchinson of Arkansas, which has seen hospitalizations go up 30% in recent weeks because of rising infections. Hutchinson said many people in his state are vaccine hesitant or believe conspiracy theories about the vaccine.

Many vaccine-hesitant Americans have said they will be more trusting of the vaccines once they gain full FDA approval. According to The Hill, there is a growing call for the FDA to speed up the approval process. Until formal approval is gained, some fear the vaccines will always be thought of as risky or experimental.

Despite being heavily impacted during the pandemic, new federal data shows that counties with higher percentages of Black residents have some of the lowest vaccination rates in the country, according to the Washington Post.

In Philadelphia, for instance, 52% of White people have received at least one dose of vaccine, compared with just 34% of Black people.

A lack of primary care physicians and distrust in government-sponsored medicine are among the reasons Black Americans, especially young adults, are avoiding the vaccine.

Hispanic Americans are one of the most eager groups to get vaccinated but face other barriers to getting inoculated, including language barriers and fear of revealing immigration status at mass vaccination sites.