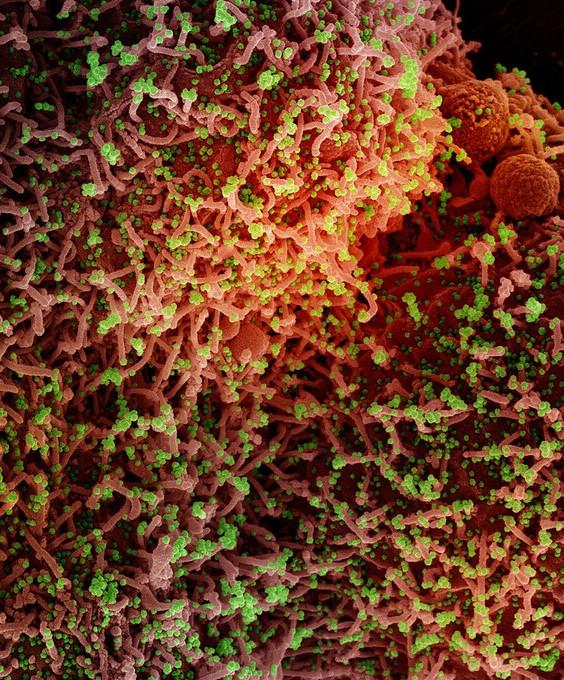 A World Health Organization (WHO) advisory group set up in September to examine the impact of SARS-CoV-2 variants on vaccine performance laid out a framework today for assessing updated versions of COVID-19 vaccines, and the experts urged manufacturers to gather and share data on how well current and variant-specific vaccines hold up.

In other developments today, WHO officials in Europe warned that Omicron (B.1.1.529) activity is expanding eastward, carrying the biggest threats to countries with low vaccination levels. And South African researchers said Omicron spreads more easily from asymptomatic people, part of what's likely driving its exponential spread.

In a statement today, the WHO's COVID-19 vaccine composition advisory group said broader access to current vaccines is needed—to both primary doses and booster shots—to help curb the emergence and impact of new variants of concern.

They added, however, that COVID-19 vaccines that prevent infection and transmission, alongside those that prevent severe illness and death, are needed and should be developed.

Until such vaccines are available, current vaccines may need to be updated to provide recommended protection levels against Omicron, as well as future variants, the group said.

At a briefing today, the head of the WHO's European regional office said Omicron is like a tidal wave moving from west to east on top of an earlier Delta variant surge. Hans Henri Kluge, MD, MPH, said Europe's cases doubled over the past 2 weeks, quickly becoming dominant in the region's western countries and now spreading in the Balkans.

For example, France today said it expected to report another record high for cases, more than 350,000, and Swiss officials said today they expect Switzerland's cases to peak later this month.

A forecast from the Institute for Health Metrics and Evaluation predicts that, at this rate, more than 50% of Europe's population will become infected with Omicron over the next 6 to 8 weeks.

Death levels are still stable but are highest in countries with high COVID-19 activity but low vaccination levels, he said.

Due to the unprecedented illness numbers, COVID-19 hospitalizations are rising, challenging and threatening to overwhelm health systems, Kluge said. "Once again, the greatest burden of responding to this pandemic is being carried by our health and care staff, and other essential frontline workers. They also carry the highest exposure to the virus."

Findings from two clinical trials in South Africa suggest that the Omicron variant is linked to a much higher rate of asymptomatic spread than earlier variants, which may help explain its rapid spread, even in populations that were hard hit in earlier COVID-19 surges. Both are preprint studies and not yet peer-reviewd.

One that looked at the effectiveness of the Moderna vaccine in the first half of December found a 31% positivity rate, much higher than the 1% to 2.4% the researchers saw before Omicron.

The other, part of the larger Sisonke study, examined people who had receive the Johnson & Johnson vaccine, finding an asymptomatic carriage rate of 16% during Omicron circulation, compared with 2.6% during outbreaks involving earlier variants.