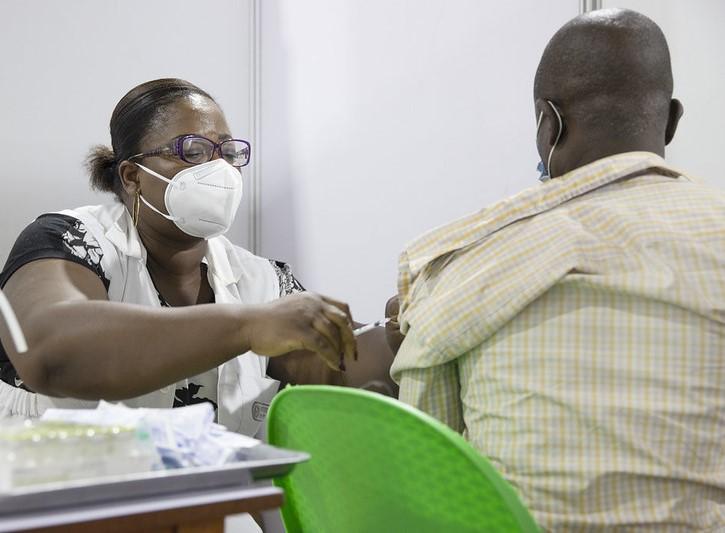 At a briefing today, the head of the World Health Organization (WHO) called for a global moratorium on COVID-19 vaccine booster doses to be extended until the end of the year to allow more people in low- and middle-income countries to be vaccinated.

In other developments, the WHO's weekly snapshot of the pandemic shows that global cases and deaths remain at a high plateau, with the Americas standing out as one of the main hot spots.

WHO Director-General Tedros Adhanom Ghebreyesus, PhD, said today at the briefing that high-income countries have pledged 1 billion doses, but less than 15% of the promised supply has materialized.

The supply picture hasn't changed much since August, when the WHO first called for the booster dose moratorium until the end of September, Tedros said. He called for an extension until the end of the year to allow all countries to vaccinate at least 40% of their populations.

"Manufacturers have promised to prioritize COVAX and low-income countries," Tedros said, adding, "We don't want any more promises. We just want the vaccines."

Tedros pointed to a statement yesterday from the International Federation of Pharmaceutical Manufacturers Association (IFPMA), which said G7 countries now have enough vaccine for all adults and teens, as well as for booster doses for at-risk groups, and that scale-up now should shift to global vaccine equity and dose sharing.

The IFPMA said international production will reach 7.5 billion doses by the end of September, adding nearly 1.5 billion doses each month. And that by January, there will be enough for every adult on every continent.

He countered that manufacturers and high-income countries have long had the capacity to vaccinate their priority groups while supporting immunization of the same groups throughout the world.

In related vaccine developments, the WHO and its COVAX partners—the Coalition for Epidemic Preparedness Innovations and Gavi—today released vaccine supply forecasts for 2021 and early 2022.

They expect COVAX doses to reach 1.425 billion in 2021, of which 1.2 billion will be available to lower-income countries. The amount is enough to cover 20% of country populations, or 40% of all adults.

The groups said the total won't reach the 2-billion-dose milestone that it had hoped to deliver in 2021 until the first quarter of 2022.

Though COVAX has made significant progress, with 240 million doses delivered to 139 countries in just 6 months, they said the global picture is still unacceptable. Only 20% of people in lower- and middle-income countries have received their first doses, compared with 80% in higher-income countries.

In its weekly situation update, the WHO said 4.4 million COVID cases were reported last week, marking a stable pattern at a very high level. All regions saw declining or stable cases, except for the Americas, where cases rose 19% over the previous week.

Deaths remained steady globally, too, but they were up by 17% in the Americas and 20% in Europe.

The United States, again one of the world's main hot spots, led the world with the most new cases last week, followed by India, the United Kingdom, Iran, and Brazil.