WHO green-lights AstraZeneca COVID vaccine for urgent use 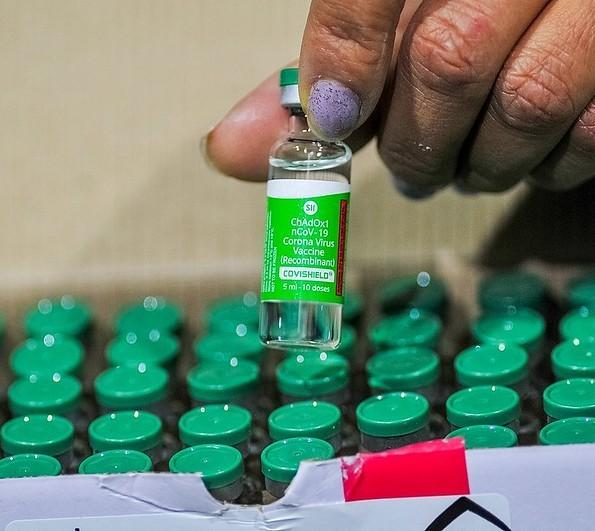 The World Health Organization (WHO) today announced that the AstraZeneca-Oxford COVID-19 vaccine made in two different countries is listed for emergency use, clearing the final hurdle for doses to be distributed by the COVAX program.

In other developments, WHO officials said multiple factors are probably responsible for a drop in global cases, and the European Centre for Disease Prevention and Control (ECDC) said in its latest risk assessment that countries are seeing an increase in the number and proportion of SARS-CoV-2 variants.

The emergency listing announcement today came in the wake of last week's WHO Strategic Advisory Group of Experts on Immunization (SAGE) recommendation for emergency use. Today's announcement about the AstraZeneca-Oxford vaccine marks the second COVID-19 to be listed by the WHO, following its listing of the Pfizer-BioNTech vaccine on Dec 31.

Today's listing covers two version of the vaccine, one made by SK Bio in South Korea and the other made at Serum Institute of India. Tedros Adhanom Ghebreyesus, PhD, the WHO's director-general, said today at a briefing that the emergency listing process required two separate reviews and approvals because the vaccine is made in two different facilities.

"We now have all the pieces in place for the rapid distribution of vaccines," he said, urging more companies to submit their dossiers to the WHO for emergency listing.

Tedros said he is pleased that leaders of G7 countries, led by UK Prime Minister Boris Johnson, are meeting on Feb 19 to discuss vaccine equity. He encouraged all groups to sign the WHO's new declaration on vaccine equity.

The AstraZeneca-Oxford vaccine is a viral vector product that is appealing for rollout to lower resource settings because it can be kept at normal refrigeration temperatures. The first shipments through COVAX are expected to begin later this month, and 350 million doses are set to be distributed in the first half of the year.

At today's briefing, Tedros said global cases have declined for the fifth week in a row, and that the number reported last week was the lowest since October. Cases dropped by nearly half in just 5 weeks, he added.

"This shows that simple public health measures work, even in the presence of variants.

What matters now is how we respond to this trend," Tedros said. "The fire is not out, but we have reduced its size. If we stop fighting it on any front, it will come roaring back."

WHO officials have credited much of the decline to countries sticking with tough COVID-19 measures, even in the face of more transmissible variants.

At today's briefing, Mike Ryan, MD, who leads the WHO's health emergencies program, said other contributing factors could include rising seroprevalence and a wavelike pattern. However, he added that the virus still has a high kinetic energy and that the percentage of susceptible people is still high. "We need to get to low sustainable levels of transmission," he said.

Spread of variant viruses in Europe

In related developments today, the ECDC said that while cases are declining in most countries, likely due to COVID measures, the spread of variant viruses is increasing. Since Jan 21, European countries have reported a substantial increase and proportion of B117 variant cases.

Based on growth trajectories seen so far, the variant is likely to become dominant in several other countries in the weeks ahead. Though it's difficult to compare countries, the proportion of B117 in sequenced cases appears to be nearly doubling each week.

The ECDC warned that countries that have rapid increases in B117 incidence have experienced increased hospitalizations, overstretched health systems, and excess mortality.

According to media reports, the Czech Republic is now reporting overflowing hospitals due to extensive B117 spread, and officials have extended the state of the emergency to better coordinate COVID-19 lockdowns. And France's health ministry has asked hospitals to shift to crisis mode to prepare for a potential surge in B117 cases, according to Reuters.