WHO: World at perilous point in pandemic 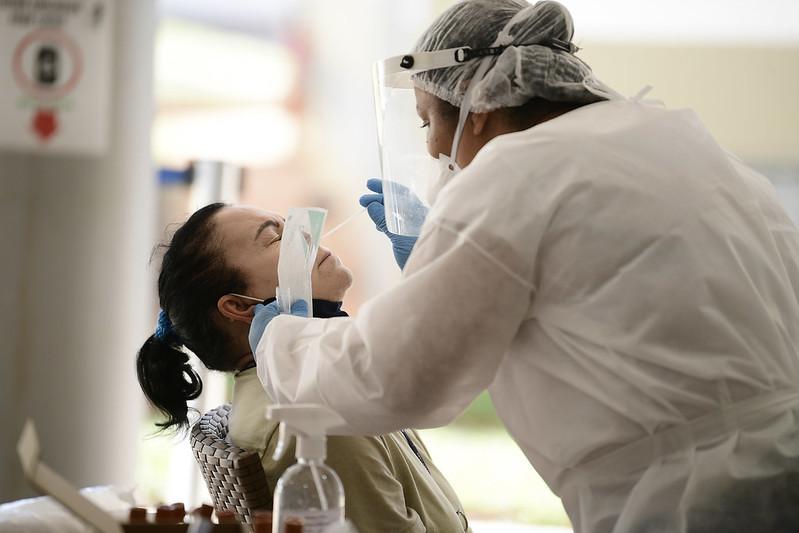 With the Delta (B1617.2) variant outpacing COVID-19 vaccination in many countries, the world is at a perilous point in the pandemic, the head of the World Health Organization (WHO) said today.

The warning comes a day after the WHO reported that cases have risen for the second week in a row, with nearly all regions reporting illness spikes.

At a briefing today, WHO Director-General Tedros Adhanom Ghebreyesus, PhD, warned that variants are winning the race against vaccines, due to inequitable vaccine distribution—factors that threaten global economic recovery.

Some countries with high vaccination coverage are planning the rollout of booster vaccine doses and dropping public health measures, as if the pandemic is over, he said. However, he notes that sharp spikes in cases and hospitalizations in other parts of the world is leading to oxygen and treatment shortages and is driving deaths higher in Africa, Asia, and Latin America. "At this stage in the pandemic, the fact that millions of health and care workers have still not been vaccinated is abhorrent," he said of vaccine nationalism occurring in other parts of the world.

In its weekly situation report on the pandemic, the WHO said all regions except the Americas last week reported a rise in cases. Deaths are down globally, but continue to rise in Africa. The five countries that reported the most cases last week were Brazil, India, Colombia, Indonesia, and the United Kingdom.

At today's WHO briefing, Maria Van Kerkhove, PhD, the group's technical lead for COVID, said there are sharp increases in far too many countries, and she urged government to have agile response policies that are guided by the latest trends.

And Mike Ryan, MD, who leads the WHO's health emergencies program, said cases were up 33% in the European region, as a number of countries, including the UK, continue to relax their restrictions.

He said it's good to see hospitalizations and deaths continuing to decline, but he warned that the assumption that the trend will continue as cases rise is a dangerous one. Ryan said the WHO is urging countries to be really careful at this moment as they consider lifting their measures. He said it's not a given that there will be no return to overwhelmed hospitals and overworked healthcare workers.

At a separate briefing today with officials from the WHO's Pan America Health Organization (PAHO) said some parts of the Americas are seeing some relief in cases, though cases are still high in many places, with illnesses on the rise in Central America and parts of the Caribbean, especially Cuba.

In calling for more vaccine donations, she said the region has made some progress, though some have only received enough to fully vaccinate 3% of their populations.