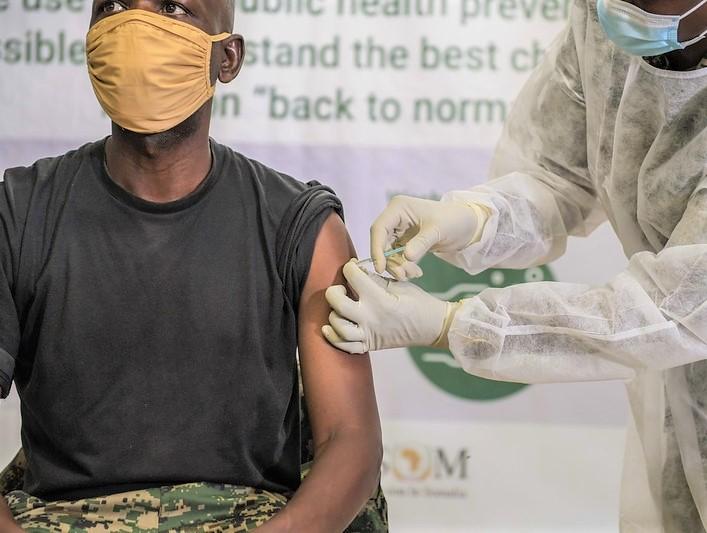 As Africa's cases continue to climb amid dried-up vaccine stocks, the head of the World Health Organization (WHO) African regional office today praised the United States and France for their recent dose donations and lauded the Mastercard Foundation's recent announcement of $1.3 billion to support efforts to battle the virus.

In other developments, European officials today weighed in with updated COVID threat assessments, noting that the region isn't out of the woods yet with the pandemic.

At a briefing today, Matshidiso Moeti, MBBS, said cases in the region have seen a sustained increase over the past 3 weeks, with countries like the Democratic Republic of the Congo, Uganda, and Zambia experiencing a resurgence, and a new surge underway in South Africa.

She said only 2% of people in the region have had one vaccine dose, compared some wealthier nations that have already passed the 60% mark. In welcoming the new tangible support from countries and other groups for vaccination, Moeti said, "These are the kinds of partnerships needed to bring an end to the pandemic."

Overall, Africa needs 225 million doses to meet the global push to vaccinate 10% of every country's population by September, she added.

Global health officials are hoping more vaccine donations and support announcements come from a meeting of G7 leaders that starts in the United Kingdom tomorrow. Ahead of the meeting, the leaders of the United States and UK today agreed on a new partnership for addressing pandemic threats, which will bolster surveillance and genetic sequencing, according to Reuters.

At a separate briefing today, the head of the WHO's European regional office said the situation this summer is still fragile, with vaccination levels still below their targets and more transmissible variants spreading. Hans Henri Kluge, MD, MPH, noted that cases in the region rose last autumn after countries relaxed measures over the summer. Currently, 36 of the region's 53 countries are easing restrictions due to declining cases.

Kluge urged people to rethink travel and to keep their guard up by avoiding the three Cs: settings that are closed, confined, or crowded.

In related developments, the European Centre for Disease Prevention and Control today issued its fifteenth COVID risk assessment update, which notes that the overall risk is lower, but countries are still at risk, with only 30% of the population having received one vaccine dose—not enough to protect against another wave. Only 15% of people in the region have been fully vaccinated.