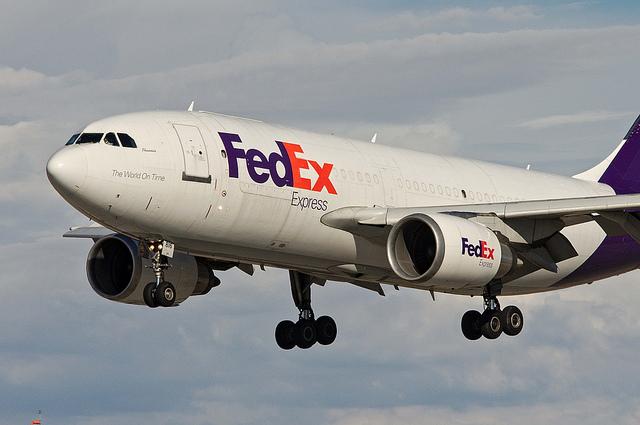 The move leaves labs with very limited options for shipping select agents, meaning viruses, bacteria, and toxins that are strictly regulated because they could be used as bioweapons or otherwise pose serious threats, the story said. BA is the cause of anthrax.

Meanwhile, an editorial in Nature yesterday said the Department of Defense's (DoD's) anthrax missteps point up gaps between the regulation of government labs and academic labs. The editors called for stricter oversight of government facilities.

According to the USA Today report, FedEx’s director of dangerous goods administration notified the Centers for Disease Control and Prevention (CDC) by letter on Jul 17 that the company would no longer accept packages containing select agents. A FedEx official, Melissa Charbonneau, told USA Today that the firm took the step in response to concerns over the Army's BA shipments and that it has no plans to reverse the action.

Charbonneau wouldn't say whether FedEx carried the shipments of BA samples sent by the Army's Dugway Proving Ground in Utah to 86 other labs in the United States and abroad. Because of secondary transfers of samples from the receiving labs to others, the materials ultimately were sent to a total of 192 labs, according to recent reports.

James LeDuc, PhD, director of the Galveston National Laboratory in Texas, a major high-containment research facility, called the FedEx move a "potentially devastating blow," according to USA Today. He said much infectious disease research involves pathogens found in the wild in other parts of the world, which requires the shipment of specimens.

Eric Blank, DrPH, a senior director at the Association of Public Health Laboratories, shared LeDuc's concern, the story said. If a disease caused by a potential bioterror pathogen erupted now, "most public health labs could not ship specimens overnight to CDC, and the national public health response would be disrupted and delayed," he said.

Last week the CDC informed 310 top officials at labs registered to handle select agents that FedEx would no longer ship those items, the story said. The agency told the newspaper that only one other commercial carrier still accepts select agents, but it wouldn't name the company.

Officials at labs contacted by the newspaper said the only shipper that currently accepts select agents is World Courier, but they said the firm does not provide nationwide service.

Meanwhile, the Nature editorial decried the Army's anthrax lapses and said they highlight inequities in the US government's regulation of its own labs and academic labs.

The Nature editors noted that the Army lab had never optimized its procedure for killing BA spores and said the base's own records showed that the process failed once in every five attempts. Further, neither Dugway nor the receiving labs had done enough testing to ensure that the spores were dead, they asserted.

"Academic labs could be justifiably rankled at the amount of money and time they have to spend complying with regulations on less dangerous pathogens and harmless amounts of radiation," the editorial stated. "A university that flouts CDC regulations would probably be subject to harsh penalties. But US law allows government labs to maintain secrecy around their procedures and the results of investigations into their biosafety mishaps, of which there seem to be many."

The editors noted that a congressional committee has called for a new investigation of the DoD missteps, a list of labs that handle select agents, and details of biosafety violations.

Research on BA and other select agents is essential for biodefense, but "incompetent oversight combined with a culture of secrecy could threaten that work," the authors wrote. "And, given the overabundance of caution applied elsewhere, there should be some spare to deploy at the government labs at which it is most needed."