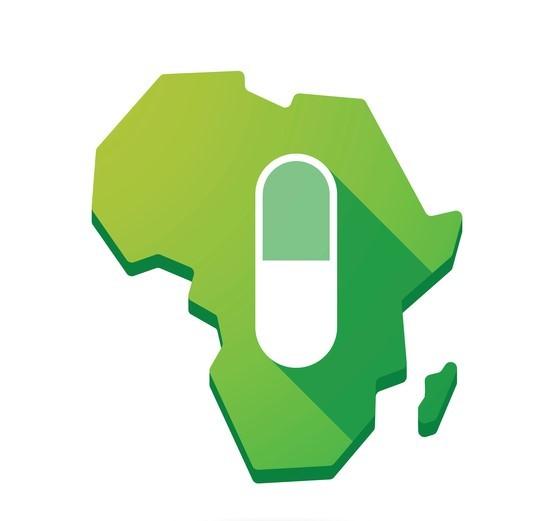 Editor's note: This story was updated on May 3 with comments from Marc Lipsitch, PhD.

A study last week in the New England Journal of Medicine is raising questions about the ethical implications of an intervention that could save the lives of children in sub-Saharan Africa but runs the risk of promoting antibiotic resistance.

The study, a randomized clinical trial conducted in rural communities in Tanzania, Malawi, and Niger, found that twice-a-year doses of the antibiotic azithromycin to healthy children under the age of 5 was associated with a 14% reduction in childhood mortality over 2 years when compared with children who received a placebo. In Niger, a country with one of the highest childhood mortality rates in the world, the reduction was 18%. And in children 1 to 5 months of age, deaths were reduced by nearly 25%.

The trial was based in part on a previous randomized trial in Ethiopia, where preschool-aged children in a part of the country in which the bacterial eye infection trachoma is endemic were given doses of oral azithromycin to reduce the prevalence of the bacterium Chlamydia trachomatis. Over 2 years, the children who received the drug were significantly less likely to die from all causes and infectious causes.

Thomas Lietman, MD, an ophthalmologist at the University of California at San Francisco who's been investigating strategies to eliminate trachoma, was involved in both studies. While he and his colleagues thought that mass azithromycin distribution would have some impact in a wider population, they were still surprised by the results.

"We conservatively thought we might help a few kids who were treated at just the right time in their illness," Lietman told CIDRAP News. "But a 14% reduction was more than many of us expected."

While a 14% reduction in childhood mortality in a part of the world where many children die from preventable diseases is hard to ignore, a strategy of distributing antibiotics for non-specific reasons is alarming to those concerned about antibiotic resistance and stewardship.

"I think that the article raises a deep moral question because of the potential impact on resistance," said Eili Klein, PhD, a professor in the department of emergency medicine at Johns Hopkins University and a fellow at the Center for Disease Dynamics, Economics and Policy in Washington, D.C. "Yes, it did improve mortality outcomes, but it will come with a long-term price of reduced effectiveness of antibiotics."

Azithromycin is used to treat a wide variety of bacterial infections, and is particularly important for treating gonorrhea. The dual therapy of azithromycin and ceftriaxone is the last remaining effective treatment for the sexually transmitted disease. If azithromycin were to lose its effectiveness, treatment for gonorrhea and other infections could be jeopardized. Klein, who was not involved in the study, points out that a policy of mass distribution of azithromycin, while saving some lives in the short term, could make the drug unusable in the future in Africa.

Craig Klugman, PhD, a bioethicist at DePaul University, agrees. "There is the notion of diachronic justice, the idea that the present may owe something to the future," Klugman said. "While there may have been short-term gain, in the longer term, the drugs will be less effective when needed."

Klugman is also concerned about the potential downstream effects. "Antibiotics are often found in urine and in wastewater that change the bacteria that come into contact with the drugs," he added. "We are faced with an increasing number of diseases against which we have no treatment as a result of indiscriminate use of antibiotics by individuals, by physicians giving them out to people who do not have bacterial infections, and from wide use in agriculture, all of which selects for resistant bacteria."

Lietman recognizes that the potential for resistance is a major issue. He and his co-authors write in the study that any policy recommending mass distribution of azithromycin would need to consider the impact of azithromycin resistance, which could eventually curb or even reverse the reduction in childhood mortality.

"Clearly, mass antibiotics can select for resistant strains of bacteria," he said. "We've learned from trachoma programs that we select for macrolide resistance. But we have not seen resistance to other classes of antibiotics. And resistance goes down after treatments have been discontinued."

Lietman also suggests that a regimen of treating just preschool-age children may not select for as much resistance as treating an entire community, although that theory needs to be tested.

But Marc Lipsitch, PhD, a professor of epidemiology and director of the Center for Communicable Disease Dynamics at Harvard T.H. Chan School of Public Health, notes that while azithromycin use has been high in the United States and other developed countries for over two decades, the drug remains clinically valuable. "I would argue that the continuing usefulness of azithromycin despite intensive use for decades means that it is possible to deploy large quantities of the drug population-wide without completely depleting its value for treatment of infections," he said.

Despite concerns about resistance, Lietman suggested that implementing a mass distribution strategy in settings similar to Niger may be reasonable, if monitored closely. But ultimately, he said, it does pose an ethical dilemma, one that pits access to a potentially life-saving drug against the desire to ensure the continued efficacy of that drug.

"We have lots of non-specific antibiotic use in the US," he said. "If many of the kids studied here are not getting as many courses as American kids, is it unethical to give them non-specifically, even if mortality is reduced?"

Lipsitch doesn't think it is. "Ethical objections to deploying antibiotics in Africa to save lives cannot be sustained at the same time we endorse deployment of similar amounts of antibiotics in western countries for far lesser gains in well-being," he said.

Mass distribution of azithromycin for disease control and prevention is not uncommon. It's currently recommended by the World Health Organization (WHO) in areas of the world where trachoma is endemic, and it's also part of the WHO's strategy to eliminate yaws, a bacterium that flourishes in tropical regions. Researchers have also investigated the potential of mass distribution of azithromycin to reduce malaria.

Those strategies, however, are targeted at specific populations affected by specific bacterial diseases that azithromycin is known to be effective against. At this point, it's not clear how azithromycin reduced childhood mortality in the three countries, although Lietman and his colleagues suggest that a protective effect could be tied to the drug's activity against respiratory infections, diarrhea, and malaria. Investigation into the mechanism by which the drug prevented childhood deaths is ongoing.

Klein argues that using antibiotics in this way is not the only solution for reducing childhood mortality in sub-Saharan or other impoverished regions, and is ultimately a cheap way of solving the underlying causes that make the strategy work. "The real question to ask is, 'Why did this work?' What diseases were the drugs treating? And how would things like improving infrastructure and providing vaccines compare to this strategy?"

The Bill and Melinda Gates Foundation, which funded the study, is planning similar trials in Mali and Burkina Faso.