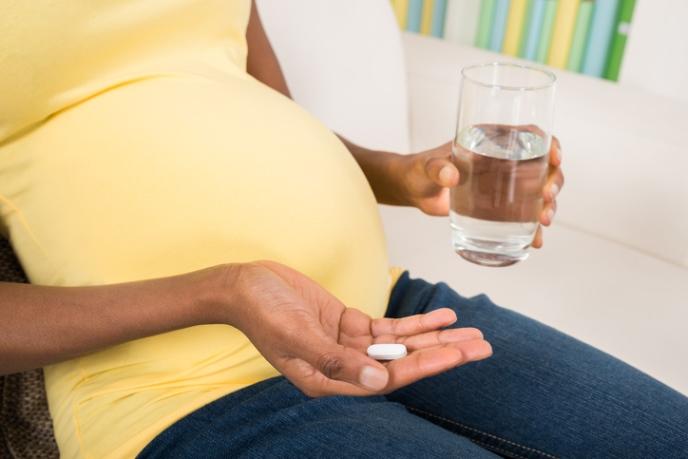 A large study yesterday in the Canadian Medical Association Journal (CMAJ) suggests that the use of certain antibiotics taken early in pregnancy raises the risk of miscarriage.

In a nested case control study of more than 95,000 pregnant women in Quebec, Canada, researchers from the Universite de Montreal found that the use macrolides (excluding erythromycin), quinolones, tetracyclines, sulfonamides, and metronidazole was associated with increased risk of miscarriage in early pregnancy, with the increased risk ranging from 65% to a more than twofold increase. Use of the quinolone antibiotic norfloxacin was associated with a nearly fivefold increase in risk.

Although the study established only an association and not a causal effect, and it is unclear how antibiotics increase the risk of miscarriage, the authors suggest the results could alter treatment guidelines.

"Our findings may be of use to policy-makers to update guidelines for the treatment of infections during pregnancy," the authors write.

In the study, the authors analyzed data from the Quebec Pregnancy Cohort, an ongoing population-based system with prospective data collection on all pregnancies covered by the Quebec Public Prescription Drug Insurance Plan from 1998 through 2009.

The study included women who were 15 to 45 years old on the first day of gestation, were continuously covered by the province's drug plan, and had a diagnosis or procedure related to clinically detected spontaneous abortion before the 20th week of gestation. For each case of miscarriage, the authors selected 10 control cases and matched them by gestational age and year of pregnancy.

Out of a total of 182,369 pregnancies, the authors identified 8,702 pregnancies that ended with a clinically detected miscarriage with a mean gestation age of 14.1 weeks and compared them with 87,020 matched controls. The women who had miscarriages were more likely to be older, live alone, and have comorbidities and infections. A total of 1,428 of the women who had miscarriages (16.4%) were exposed to antibiotics during early pregnancy compared with 11,018 (12.6%) of the control patients.

Exposure to nitrofurantoin, erythromycin, penicillins, and cephalosporins was not linked to increased miscarriage risk.

Further sub-analyses of women with urinary tract infections and respiratory tract infections, and comparisons of the women treated with the risk-associated antibiotics to a comparator group who received penicillins and cephalosporins, produced similar results.

The authors say their findings are consistent with the findings of previous studies that have indicated an association between antibiotic exposure and increased risk of miscarriage, including a Medicaid cohort study that showed metronidazole was linked to a 70% increased risk of miscarriage. But they acknowledge that one confounder they could not fully adjust for was severity of infection; in other words, the severity of the infection, more so than the antibiotic used, could have been a factor in the miscarriage.

"Residual confounding by severity of infection cannot be ruled out," they write.

In addition, the Quebec Pregnancy Cohort does not include data on tobacco use, alcohol intake, folic acid use, and body mass index—factors that could also play a role in miscarriage.

Use of antibiotics is common in pregnant women, with some estimates indicating as many as one in four women will be prescribed an antibiotic during pregnancy. Although the science on how pregnancy affects the immune system remains unsettled, some expecting mothers are more prone to infections, and pregnancy can make some infections more severe.

"During pregnancy, there's a certain amount of dampening of the immune system, and that's in place so that the mother does not reject the fetus," Yvonne Butler Tobah, MD, an obstetrician/gynecologist at Mayo Clinic in Rochester, Minn., told CIDRAP News. "Because of that, when pregnant women get infections, it's easier, for example, for influenza to become pneumonia…or a urinary tract infection to become a kidney infection."

Because of this potential for infections to worsen in pregnant women, Butler Tobah said, proper treatment of bacterial infections with antibiotics is essential for maintaining maternal and fetal health. She was not involved in the study.

While most antibiotics have been considered safe for pregnant women, there have been concerns about a potential link to birth defects. A 2009 study by the US Centers for Disease Control and Prevention and the National Center on Birth Defects and Developmental Disabilities found that the antibiotics most commonly used for urinary tract infections—penicillins, erythromycins, and cephalosporins—were not associated with birth defects.

The study did, however, find an increased risk of birth defects among women taking sulfonamides and nitrofurantoins, though it was impossible to determine a causal relationship.

A 2015 study led by the same researchers that conducted the current study found no meaningful link between the use of azithromycin and clarithromycin and birth defects. That study also used data from the Quebec Pregnancy Cohort.

Butler Tobah said that taking into account the potential complications of antibiotic use in early pregnancy is a valid message, but she noted the several limitations of the current study, including confounding by infection severity and the fact that antibiotic exposure was based on filled prescriptions—not always a reliable measure of exposure. In addition, Butler Tobah explained that some of the antibiotics included in the study, such as doxycycline and minocycline, are not recommended for use in pregnant women except in the case of life-threatening infections, because of concerns about potential adverse effects on the mother and fetus.

Butler Tobah said she doesn't think the finding should affect guidelines for the use of antibiotics in pregnant women, but said the study is a good reminder that clinicians should use antibiotics only when indicated and should be aware of possible risks associated with the antibiotic of choice.

"In general, providers caring for obstetric patients must understand that much is unknown about the effects of antibiotics in early pregnancy, that antibiotics must only be prescribed if the benefits clearly outweigh the risks, and the general safety profile of each medication must be taken into consideration," she said.