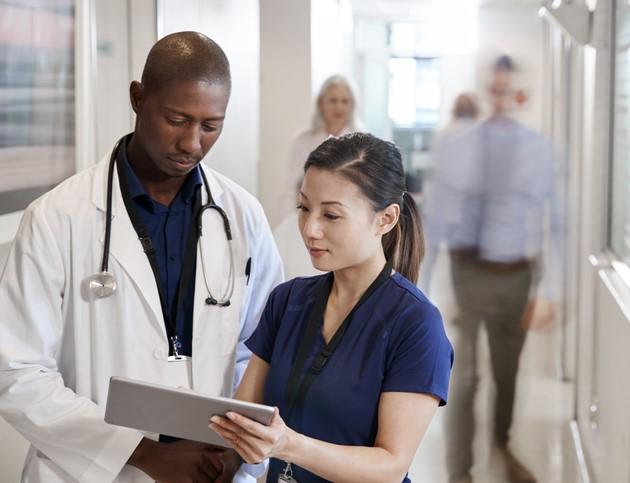 The Centers for Disease Control and Prevention (CDC) has released updated guidance to help optimize antibiotic use in US hospitals.

The CDC says the new version of its Core Elements of Hospital Stewardship Programs, released late last week, reflects lessons learned by hospitals in the 5 years since the document was first published, along with evidence from the field of antibiotic stewardship. The 2019 update emphasizes the need for more commitment from hospital leadership, prioritizes specific antibiotic stewardship interventions, and calls for more efforts to educate patients about antibiotic use.

"We've made tremendous progress in antibiotic stewardship programs in US hospitals," Arjun Srinivasan, MD, the CDC's associate director for healthcare-associated infection prevention programs, said in a CDC video. "The goal now is to make them as effective as possible."

Initially released in 2014, the Core Elements was designed to be a roadmap to help hospitals of all sizes develop and implement antibiotic stewardship programs (ASPs). It consists of seven structural and procedural components that are associated with successful ASPs: hospital leadership commitment, accountability, drug expertise, action, tracking, reporting, and education.

Across the country, hospitals have been following that roadmap as stewardship has emerged as an important component of patient safety. According to the agency, 85% of US acute care hospitals in 2018 reported having all seven Core Elements in place, up from 41% in 2014. But the CDC says that, with the federal government now requiring US hospitals to have ASPs in order to get reimbursed by Medicare and Medicaid, updates were needed.

While the 2019 update retains the original Core Elements, it provides more specifics and detail on the individual components. For example, the CDC now defines more clearly what "hospital leadership commitment" means. Hospital executives are urged to give ASP leaders the time and resources to manage the program effectively, have regular meeting with ASP leaders to assess resource needs, and appoint a senior hospital executive to be a champion for the program. Other examples of leadership commitment include making formal statements of support for efforts to improve antibiotic use.

The update also further emphasizes how important it is for ASPs to appoint a leader or co-leaders who are accountable for program management and outcomes. The document notes that co-leadership between a physician and a pharmacist has become a particularly popular model, with 59% of hospitals reporting such an arrangement in the most recent National Healthcare Safety Network (NHSN) survey. Programs with co-leaders are advised to have a clear delineation of responsibilities and expectations, and regular "stewardship rounds" for the co-leaders are recommended.

The most significant revisions involve the "action" component. While the original Core Elements called on hospitals to implement at least one recommended action to optimize antibiotic use, the 2019 update prioritizes two specific stewardship interventions: prospective audit and feedback and preauthorization. The CDC says these interventions are both strongly recommended in evidence-based guidelines and can be "foundational" for hospital ASPs.

In addition, the update suggests hospitals focus their efforts to improve antibiotic use for three common infections: community-acquired pneumonia, urinary tract infection, and skin and other soft-tissue infection.

"These three infections account for more than half of all antibiotic use in US hospitals, and studies have shown important opportunities to improve use for all three," Srinivasan said.

For the "tracking" component, the update highlights the importance of reporting antibiotic use data to the CDC's NHSN Antimicrobial Use Option, which allows hospitals to monitor their antibiotic use and compare it with other hospitals. It also recommends that ASPs monitor and measure antibiotic resistance patterns and other outcomes, such as Clostridioides difficile infections. The reporting component reaffirms the importance of providing information on antibiotic use, resistance, and adverse outcome to prescribers and hospital leaders.

The final component, "education"—which was focused on clinicians in the 2014 document—has been expanded to include patients, and emphasizes the role that nurses can play in educating patients about antibiotic use, particularly with regards to potential side effects.

Other changes include renaming the "drug expertise" component to "pharmacy expertise."