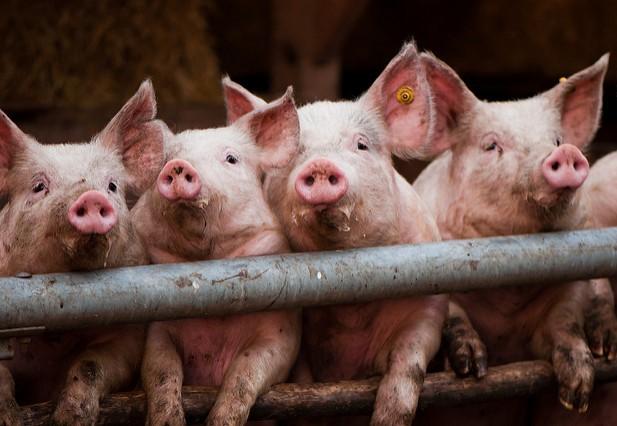 A European report today on antimicrobial resistance in bacteria that can be transmitted between animals and people shows high levels of resistance to drugs commonly used to treat certain foodborne illnesses, along with worrisome levels of multidrug resistance.

The European Union (EU) summary report on antimicrobial resistance in zoonotic and indicator bacteria from humans, animals, and food, released today by the European Food Safety Authority (EFSA) and the European Centre for Disease Prevention and Control (ECDC), covers resistance data collected by EU member states in 2017 from humans, pigs, calves under 1 year of age, and beef and pork. The data focus on resistance levels in Salmonella, Campylobacter, Escherichia coli, and methicillin-resistant Staphylococcus aureus—the main infection-causing bacteria that can be acquired directly from animals through environmental exposure or consumption of meat.

Among the highlighted findings of the report are very high to extremely high levels of resistance to fluoroquinolones (ciprofloxacin) in Campylobacter isolates from humans, with levels so high in some countries that fluoroquinolones can no longer be used for routine empirical treatment of Campylobacter, which is a common cause of gastroenteritis. The data also show that more than a quarter of human Salmonella isolates were multidrug-resistant (MDR).

Although Campylobacter infections don't often require antimicrobial treatment, resistance in Campylobacter is a concern because of the large number of infections reported and because treatment can shorten the duration of illness. Salmonella, the second most common zoonotic disease reported in Europe, also causes mostly mild infections, but effective antibiotics are needed for treatment of severe enteric or invasive infections.

"The report released today should ring—again—alarm bells," EU Commissioner for health and safety Vytenis Andriukatis said in an ECDC press release. "It shows that we are entering into a world where more and more common infections become difficult—or even sometimes impossible—to treat."

While the proportion of C coli isolates with combined clinical resistance to ciprofloxacin and erythromycin, both of which are considered critical for treating campylobacteriosis, was low overall (10.2%), Portugal, Spain, Malta, and Finland reported high levels of combined resistance.

The authors of the report note, however, that while multidrug resistance was high overall in Salmonella from humans, few isolates were clinically resistant to the two antimicrobials regarded as the highest priority for treating human infections—ciprofloxacin and cefotaxime.

Other noteworthy findings from the report include high levels of resistance to tetracyclines, sulfamethoxazole, ampicillin, and trimethoprim in E coli from fattening pigs and calves under 1 year, and varying prevalence rates of presumptive extended-spectrum beta-lactamase (ESBL)/AmpC producers in Salmonella and E coli monitored in beef and pork, fattening pigs and calves, and Salmonella monitored in humans.

Bacteria that produce ESBL and AmpC enzymes are usually resistant to many or all third-generation cephalosporins, which are widely used to treat E coli infections and certain invasive Salmonella infections.