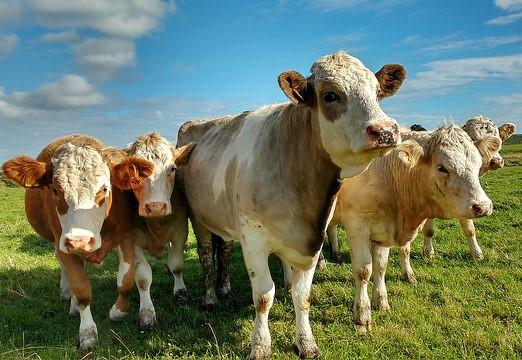 A new report from the US Food and Drug Administration (FDA) shows that for the first time since the agency began tracking antibiotic use on US farms, the amount of antibiotics sold domestically for use in food-producing animals has declined.

According to yesterday's report, overall domestic sales and distribution of antibiotics approved for use in food-producing animals dropped by 10% from 2015 through 2016. That includes a 14% drop in the use of medically important antibiotics, and decreases in all individual drug classes.

Since the FDA began collecting data in 2009, there has been a year-to-year increase in the amount of antibiotics sold for use in livestock and poultry, a trend that has raised concern among infectious disease and antibiotic resistance experts. Last year's report showed a 1% increase from 2014 through 2015, and 24% increase from 2009 through 2015.

"This is the first time since the FDA's been keeping track that we've seen a decrease in the sales of antibiotics for food animals," Gail Hansen, DVM, a public health and animal medicine consultant, told CIDRAP News. "That's a good trend."

"It's very encouraging to no longer see the trend of year-to-year increases, but to see an actual decrease," said Karin Hoelzer, DVM. Hoelzer is a senior officer with the Pew Charitable Trusts' antibiotic resistance project.

All classes of medically important antibiotics saw sales declines. Domestic sales of tetracyclines, the class of medically important antibiotics most commonly used in livestock and poultry, decreased 15% from 2015 through 2016. The sales volume of lincosamides showed the greatest decrease, dropping 22% from 2015 through 2016. Sales of cephalosporins fell by 4%.

Under the Animal Drug User Fee Amendments of 2008, animal drug companies are required to report to the FDA annually the amount of antibiotics they sell or distribute for use in food-producing animals. They've been providing those data since 2009. But the FDA cautions that the sales and distribution data are not necessarily indicative of how the drugs were actually used in animals, since not all purchased antibiotics are used.

The report does not reflect the impact of FDA Guidance for Industry (GFI) #213, which prohibits the use of medically important antibiotics for growth promotion in food animals and requires a veterinary oversight of all antibiotics used for disease prevention and treatment. GFI #213 went into effect in Jan 1, 2017. Hoelzer and Hansen say the declines could reflect the livestock and poultry industries preparing for that change, along with the growing desire of consumers for antibiotic-free meat.

Hansen said she was a little surprised by those figures. "Just because of the sheer numbers of animals, I expected the poultry numbers to be a little bit higher," she said, adding that nearly 9 billion chickens are raised for food each year. She noted that the amount of antibiotics sold for use in chickens could reflect the recent commitments by poultry producers and fast-food chains to sell chicken raised without the use of medically important antibiotics. Beef and pork producers have been slower to make such commitments.

Hoelzer said it's helpful to have these data, which provide some insights into antibiotic use patterns by livestock type and will give researchers a baseline moving forward. But the report notes that the figures are estimates provided by animal drug companies. In addition, Hoelzer cautions against reading too much into the numbers, because they don't take into account the size of the different animal populations or their weight (antibiotics are administered by weight in food-producing animals). "It's a little hard to put this data into context," she said.

Earlier this year, the FDA proposed a method that would address this issue by using a biomass denominator—defined as the population of a given livestock species multiplied by the average weight of that species. The proposed method, already used in Europe, would provide estimates of annual antibiotic drug sales adjusted for the size of the animal population.

Hoelzer would also like to see future reports go beyond sales data to provide more insight on how antibiotics are actually being used on farms. "That would include information on why antibiotics were used, and the disease or condition that was being addressed by the antibiotics," Hoelzer said.

"It would be nice to have more granular data," Hansen added.

While the FDA's report is encouraging, critics say more needs to be done to reduce the use of antibiotics in food animals. "The decline in antibiotics sold for meat and poultry production is welcome news, but we have a long way to go before we can rest easy about these life-saving medications," Jean Halloran, director of food policy initiatives at Consumers Union, said in a news release.

In particular, Consumers Union notes that the FDA data, along with USDA livestock production statistics, reveal that beef, pork, and turkey producers are using more than 10 times the quantity of medically important antibiotics per pound of meat produced than chicken producers. "It's time for beef and pork producers to adopt more responsible antibiotics practices so we can preserve the effectiveness of these critical drugs in the future," Halloran said.

Halloran and others argue that GFI #213 doesn't go far enough because it allows the use of medically important antibiotics for disease prevention in animals, a practice that critics say is unnecessary in healthy animals and promotes antibiotic resistance. In October, the World Health Organization issued guidelines calling for an end to the use of medically important antibiotics for growth promotion and disease prevention in healthy animals.