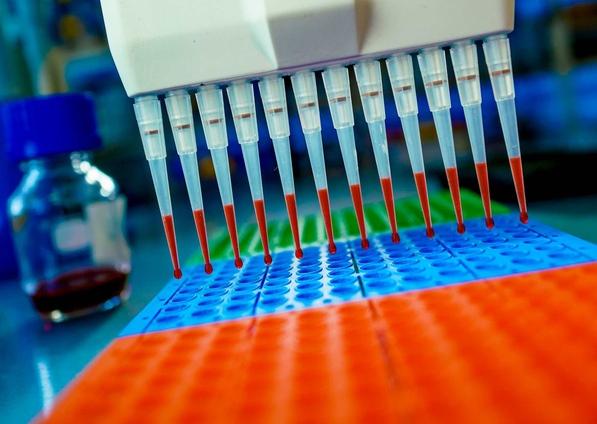 European researchers are reporting new findings on the spread of colistin resistance genes in animals and humans on the continent, including discovery of a new gene that can confer resistance to the last-resort antibiotic.

In a series of papers today in Eurosurveillance, the researchers report the detection of the MCR-3 gene in Enterobacteriaceae isolated from humans in Denmark and cattle in Italy, and the discovery of a new MCR-4 gene in Enterobacteriaceae from pigs in Italy, Spain, and Belgium. The findings raise more concern about the emergence and spread of plasmid-mediated resistance to colistin, an antibiotic that has been widely used in veterinary medicine and is now considered critical in human medicine.

The MCR-1 gene was first identified in China in Escherichia coli from pigs, pork products, and humans in 2015. Since then, the gene has been detected in enteric bacteria from animals and humans in more than 30 countries, and other colistin-resistance genes—MCR-2 and MCR-3—and variants of those genes have also been identified. The genes are a particular concern because they are located on plasmids, which are small, highly mobile pieces of DNA that can spread resistance within and between different species of bacteria through horizontal gene transfer.

Detection of a new MCR gene

In a study by a team of researchers from Italy, the novel MCR-4 gene was initially identified in a strain of Salmonella enterica (serovar Typhimurium) isolated from a pig at slaughter in Italy in 2013. Whole-genome sequencing (WGS) found that the isolate was negative for MCR-1, MCR-2, and MCR-3, but further analysis revealed a plasmid containing a gene that conferred colistin resistance. The gene, named MCR-4, was then identified in nine E coli strains isolated from pigs in Spain and in two E coli strains from pigs in Belgium in 2015 and 2016 during routine diagnostic testing.

The authors of the study say the findings "suggest considerable dissemination of the novel gene in Europe," and that screening for MCR-4 should be implemented in zoonotic bacteria, including E coli and Salmonella, from humans and food-producing animals on the continent.

In another study out of Spain, researchers report on a previously discovered E coli isolate from cattle that contained both MCR-1 and MCR-3. The isolate was identified in 2015, during screening of cattle feces at 318 farms for the presence of extended-spectrum beta-lactamase (ESBL)-producing bacteria.

The screening detected six E coli isolates that were resistant to colistin. Polymerase chain reaction testing found that five of the isolates were positive for MCR-1 and one isolate was also positive MCR-1, MCR-3, and a variant of MCR-3 (MCR-3.2). Antimicrobial susceptibility testing showed that the isolate carrying both MCR-1 and MCR-3 was resistant to colistin and 12 additional antibiotics.

Two additional studies in Eurosurveillance describe the presence of MCR genes in human infections in Denmark.

In one of the studies, investigators report that nine Salmonella isolates collected from salmonellosis patients in Denmark from 2009 to 2017 were found to be positive for the MCR-3 gene, with an additional isolate harboring both MCR-1 and MCR-3. WGS also revealed the presence of several other resistance genes in the 10 isolates, including eight harboring the CTX-M-55 gene, which confers resistance to most beta-lactam antibiotics. Half of the patients had travelled to Asia (Vietnam and Thailand) a week prior to the onset of sickness, three had unknown travel history, and two had acquired their infection locally.

In the other study, a group of scientists report the detection of a novel variant of MCR-3 in an E coli isolate from a Danish patient with a bloodstream infection in 2014. The gene differed by one amino acid from an MCR-3 gene that was discovered in June by researchers in China analyzing E coli isolates from pigs. The plasmid carrying the MCR-3 variant was also found to harbor 12 other resistance genes, including CTX-M-55. The patient had been in Thailand 2 months prior to his illness.

"This study is to our knowledge, the first report of mcr-3 in E. coli outside Asia," the authors write.

The reports are a concern because they suggest colistin resistance is spreading and that the number of resistance mechanisms is expanding. The detection of MCR-3 genes in human and animals in Europe dating back to 2009 is particularly noteworthy, as it appears to substantiate the concerns of the Chinese scientists who first reported the gene in a Jun 27 study in mBio. In that study, the authors warned that the previously unidentified gene may already be widely disseminated beyond Asia.

In an editorial that accompanies the four reports (but was written prior to the discovery of MCR-4), Jan Kluytmans, MD, PhD, a professor of microbiology and infection at University Medical Centre Utrecht, writes that while the emergence of colistin resistance is worrying, the prevalence in humans is still low and the spillover from the animal reservoir into humans, at least in Denmark, appears limited. And thanks to improved surveillance that uses more powerful techniques like WGS, scientists in Denmark are finding these resistance genes earlier.

But he also notes that the situation in Denmark may not be representative for other countries in Europe, especially those where colistin is used more widely in livestock, such as Italy. In addition, the fact that several of the patients in the two Danish studies had travelled to Asian countries, he writes, is another indicator that antibiotic resistance is more prevalent in Asia, though surveillance data are limited. He suggests improved surveillance is needed in Asia and other parts of the world where antibiotic resistance is high and surveillance is not structurally performed.

"The rising levels of resistance around the globe warrant improved surveillance efforts in humans, animals and the environment," Kluytmans writes. "This is of most importance in areas where antimicrobial resistance can be expected to be high."