Multidrug-resistant infections rising in US kids 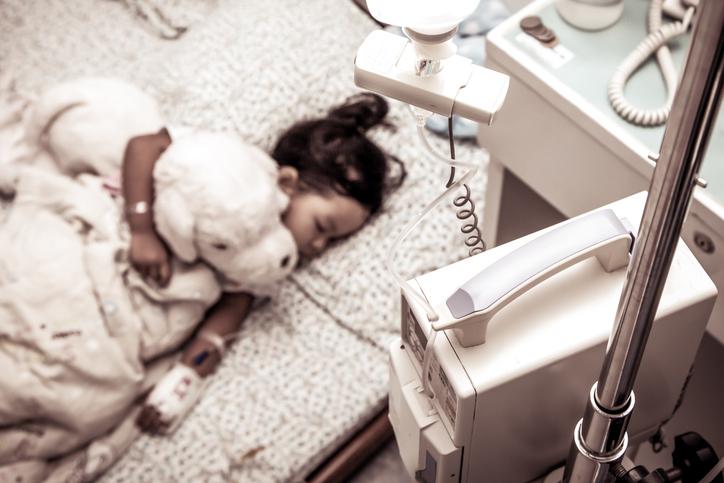 Multidrug-resistant (MDR) bacterial infections are rising rapidly in US children and causing longer hospital stays, according to a new study in the Journal of the Pediatric Infectious Diseases Society. And they are increasingly being transmitted outside the hospital.

"The incidence of infections that are multidrug-resistant is rising rapidly," lead author Sharon Meropol, MD, PhD, told CIDRAP News. "There are very few antibiotics that can treat these bacteria, and it makes infections increasingly harder to treat."

Meropol, a pediatrician and researcher with University Hospitals Rainbow Babies and Children's Hospital in Cleveland and Case Western Reserve University School of Medicine, looked at data from 48 children's hospitals throughout the United States, focusing specifically on children who had been diagnosed as having Enterobacteriaceae-associated infections from 2007 through 2015. Enterobacteriacea are a large family of gram-negative bacteria that include many familiar pathogens, including Salmonella, Escherichia coli, and Klebsiella.

Meropol and her colleagues were looking to determine the proportion of pediatric infections caused by Enterobacteriaceae that were resistant to multiple antibiotics, given a global rise in MDR infections and some sporadic outbreaks among children in intensive care units in the United States. While MDR infections are problematic for all patients, they can be particularly dangerous in younger patients because they have less-developed immune systems and because fewer broad-spectrum antibiotics are available for use in kids.

"There aren't as many drugs that have been studied in children, especially younger children," Meropol explained. "So we're more limited in what we can use."

The researchers were also looking at risk factors and outcomes associated with MDR infections, including the length of hospital stay and the likelihood of death before discharge.

Over the 8-year study period, the researchers identified 107,610 hospital discharges (among 94,528 different patients) with a diagnosis code for Enterobacteriaceae infection. Most of these were urinary tract infections caused by E coli. Of those infections, 724 (0.7%) were MDR. But while the overall numbers were low, the incidence and proportion of Enterobacteriaceae infections that were MDR rose from 0.2% in January 2007 to 1.5% by March 2015—an increase of 750%.

"The rate of rise was very rapid," Meropol said. "And if that continues it's not going to be long before we get much higher rates."

In addition, the study found that children with MDR infections had hospital stays that were 20% longer than those without such infections and showed "a trend toward a greater mortality rate," although the increased odds for death were not statistically significant.

Disparities were evident too. Older children, children with comorbidities, and children living in the western United States were more likely to be diagnosed as having MDR infections, although the reasons are unclear. Meropol and her colleagues found no greater risks based on sex or insurance coverage, and risks based on race were found to be inconsistent.

Infections coming from the community

One of the more notable findings involved the origin of the pediatric infections. While MDR infections are generally associated with healthcare settings, where drug-resistant bugs can spread from sick patients to healthcare workers and the hospital environment and then to other patients, the researchers found that 551 of the 724 multidrug-resistant infections (76%) documented in the study were present upon admission, a finding that indicates those infections were acquired somewhere in the community.

Meropol said this finding didn't surprise her, since it was one of the questions she had, and because other types of drug-resistant bacteria, such as methicillin-resistant Staphylococcus aureus (MRSA), have increasingly become associated with community settings. But that doesn't make it less alarming.

Though the study did not look at resistance mechanisms in the diagnosed infections, what worries Meropol is that the genetic elements typically found in drug-resistant Enterobacteriaceae, such as extended-spectrum beta lactamase and carbapenemase genes, can share their resistance with other bacteria in the community and spread resistance faster.

"Once these organisms are in the community, they will spread," Meropol said. "We can catch them anywhere."

Meropol and her colleagues conclude that more hospital surveillance and isolation of infected patients will be needed to stem the increase of MDR infections. Most important, she said, the findings highlight the need for more prudent use of antibiotics, particularly third-generation cephalosporins.

"The main thing is to be really, really careful with how we use antibiotics, and not use them in ways that we know they are really unlikely to be a benefit," Meropol said. "Increasing antibiotic resistance is fairly inevitable the more we use them, but the more we are careful with their use…the more likely they'll be available when we really need them."