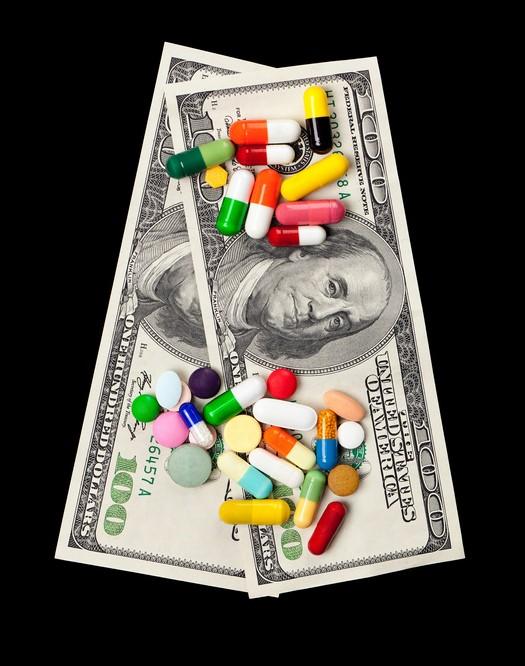 When biopharmaceutical company Achaogen filed for bankruptcy in April, antibiotic development advocates warned that the move was an ominous sign for the antibiotic market.

The previous June, the US Food and Drug Administration (FDA) had approved plazomicin, Achaogen's antibiotic for treatment of complicated urinary tract infections. The drug was viewed as an important new tool for carbapenem-resistant Enterobacteriaceae (CRE) infections, which are among the most difficult bacterial infections to treat. The company also had other new antibiotic candidates in its pipeline.

But plazomicin didn't sell well enough to keep Achaogen afloat. In fact, sales of plazomicin in its first 6 months on the market were less than $1 million.

But plazomicin isn't the only new CRE antibiotic with underwhelming sales, according to a paper published yesterday in Antimicrobial Agents and Chemotherapy. From February 2018 through January 2019, estimated sales of ceftazidime-avibactam and meropenem-vaborbactam were $92.7 million and $7.9 million, respectively, and the combined sales for all three drugs over the 12-month period totaled $101 million.

The issue, as explained by Clancy and Nguyen, is that, while the use of these new drugs has grown steadily since they were approved, they are still underused by clinicians. This is in spite of being more effective and less toxic in treating CRE-infected patients than colistin or other polymyxin-based regimens, which for several years have been the last-resort treatment for CRE infections.

In a study published in July in Open Forum Infectious Diseases, Clancy, Nguyen, and others estimated that the three new agents were used to treat only 23% of CRE infections in US hospitals from February 2018 through January 2019, and were used in only 35% of the CRE cases in which they were positioned as the first-line agent.

One reason could be cost: A 14-day course of ceftazidime-avibactam, for example, is roughly 20 times as expensive as a 14-day course of colistin. But the study also cited reports of emerging resistance to the new agents, and the lack of automated susceptibility testing.

In their new paper, Clancy and Nguyen estimate that if these drugs continue to be used at this rate against CRE infections, the anticipated US market for new anti-CRE antibiotics would be $289 million annually. They say that this market is likely too small to sustain multiple new CRE drugs, unless these drugs are used against additional bacterial pathogens or clinicians are more willing to use them empirically.

"To put our data in perspective, a billion dollars in incentives is believed to be necessary to assure viability of a new antibiotic," they write. "To be profitable and sustainable, new pharmaceutical companies generally target about $300 million in annual revenue. Market prospects will become even more daunting as more anti-CRE drugs are approved."

Clancy and Nguyen argue that more financial "pull" incentives are needed to ensure sustainability. Although the money to support antibiotic development has been available—Achaogen received approximately $225 million to support the development of plazomicin—few mechanisms to ensure that new antibiotics can produce enough revenue exist.

One incentive they support is contained in The DISARM (Developing an Innovative Strategy for Antimicrobial Resistant Microorganisms) Act, a bill introduced in Congress in June. Among other measures, the legislation calls for higher Medicare reimbursement for the use of new antibiotics designated as Qualified Infectious Diseases Products (QIDPs) by the FDA, while also requiring hospitals that received the increased payments to monitor their use.

"This will help make sure patients get the right drugs at the right time and encourage companies to develop new treatments," Clancy wrote in an August editorial in the Philadelphia Inquirer.

The QIDP designation was created by Congress in 2012 under the Generating Antibiotic Incentives Now (GAIN) Act. It gives companies that develop new antibiotics that target difficult-to-treat infections and meet a previously unaddressed need an additional 5 years of marketing exclusivity. QIDP products are also eligible to be fast-tracked for FDA approval.

Another option is for new antibiotics that treat high-priority, multidrug-resistant infections to be classified as orphan drugs, a designation awarded to drugs that treat rare diseases. Under the Orphan Drug Act, companies that develop these drugs receive tax credits, fee waivers, and extended market exclusivity. Clancy and Nguyen note that antibiotics have not historically been eligible for the designation because they are used to treat common infections.

Finally, Clancy and Nguyen suggest that new guidelines on the appropriate use of new and older antibiotics are needed. "As an immediate priority, education and guidelines must state clearly that polymyxins and other salvage drugs are no longer justifiable therapeutic choices against the vast majority of CRE infections," they write.

Proposal for a more sustainable solution

In another article on the challenges of new antibiotic development, published today in the Annals of Internal Medicine, Brad Spellberg, MD, of the Los Angeles County-University of Southern California Medical Center, and a team of experts in antibiotic resistance and development suggest that a broader overhaul of the traditional entrepreneurial model of antibiotic development is needed.

While the GAIN Act, QIDP designation, and other "push" incentives have led to a boom in antibiotic development over the last decade, Spellberg and his co-authors argue that many of the new drugs target a few pathogens—such as CRE and methicillin-resistant Staphylococcus aureus—and are essentially redundant, providing the same antimicrobial coverage as other recently incentivized and approved drugs.

"This inefficient use of public incentives reflects a lost opportunity cost and a failure to address the most critical patient care needs," they write.

To enable more precise targeting of incentives, they propose what they're calling the DART (Developing Antibiotics for Resistant Targets) Board, a panel of experts that would establish a list of pathogens for which new antibiotics are critically needed. The list would restrict publicly funded incentives to antibiotics that target serious and life-threatening infections caused by pathogens that are currently, or could become, extremely drug-resistant (XDR). The list would be regularly updated as new antibiotics are approved to treat some of these XDR pathogens, and as resistance re-emerges in other pathogens.

A list of bacterial threats for which new antibiotics are critically needed isn't a novel idea. In 2017, the World Health Organization (WHO) published a list of "priority pathogens" that should be the target of antibiotic research and development. Carbapenem-resistant bacteria were at the top of the list. The WHO said the intention of the list was to signal to the scientific community and the pharmaceutical industry where they should focus their research.

But the WHO list isn't regularly updated, Spellberg and his colleagues note. Nor is a similar list of bacterial threats published by the US Centers for Disease Control and Prevention in 2013. Similarly, while the QIDP designation was established for new antibacterials targeting difficult-to-treat pathogens, the criteria for those pathogens hasn't been updated since 2012.

"All three lists continue to include carbapenem-resistant Enterobacteriaceae as a priority pathogen despite approval of 5 new antibiotics targeting these organisms in the past 4 years," they write. "This illustrates the need for ongoing review and reassessment of priorities."

Spellberg and his colleagues say the DART Board would encourage antibiotic developers to focus their efforts on a broad array of target pathogens and would guide "an evolving ecosystem" for antibiotic development that would include academic institutions and non-profit organizations and reduce reliance on for-profit industry.

"This proposed model has the potential to create a targeted, sustainable solution to the unending challenge of antibiotic resistance," they conclude.