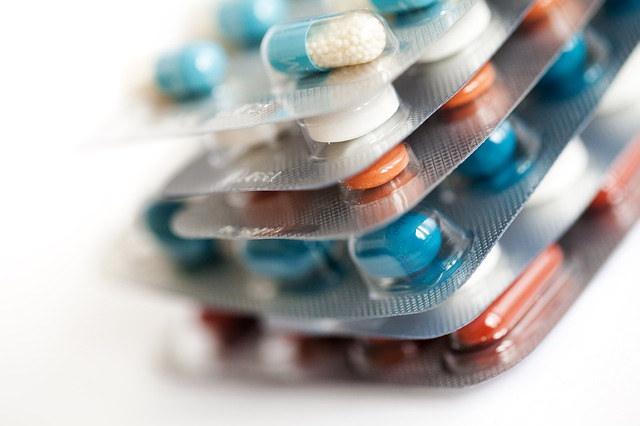 Patients who are believed to be allergic to penicillin face an increased risk of methicillin-resistant Staphylococcus aureus (MRSA) and Clostridium difficile infections, possibly because the alternative broad-spectrum antibiotics they often receive promote bacterial resistance, according to an analysis of millions of patient records in the United Kingdom.

The authors say the findings, released yesterday by BMJ, suggest that penicillin allergy testing may be a useful tool for antibiotic stewardship, because in most cases, reported penicillin allergies are not confirmed by testing.

In the study, researchers from Massachusetts General Hospital (MGH) looked for a relationship between a newly recorded penicillin allergy and subsequent risk of MRSA or C difficile infections. They used the Health Improvement Network (THIN), a database of outpatient medical records from 11.1 million UK patients, to find 64,141 patients without a previous MRSA or C difficile diagnosis who had a penicillin allergy newly documented in the years from 1995 to 2015.

The team then developed a comparison group of 237,258 patients—up to five patients for each one in the allergy group—who had received penicillin during the study period and were matched by age, sex, and time of study entry. The authors checked the medical records of both groups for initial diagnoses of MRSA or C difficile infection.

They found that 442 penicillin-allergic patients and 923 comparator patients developed MRSA infections, and C difficile cases were diagnosed in 442 allergic patients and 1,246 controls. The conclusion was that the allergic patients had a 69% higher risk of contracting MRSA (adjusted hazard ratio, 1.69; 95% confidence interval [CI], 1.51 to 1.90) and a 26% higher risk of a C difficile diagnosis (hazard ratio,1.26; 95% CI, 1.12 to 1.40), compared with the control group. Both of those risks persisted after the authors controlled for known risks factors for either infection, according to an MGH press release.

Further, the authors found that reported penicillin allergy resulted in the increased use of alternatives to beta-lactam antibiotics, the broad group that includes penicillin. The increase was approximately fourfold for macrolides and clindamycin, twofold for fluoroquinolones, and 26% for sulfonamides. Uses of all of these except sulfonamides were associated with significant increases in the risk of MRSA and C difficile infections, the authors reported.

From these findings, the team calculated that 55% of the increased MRSA risk and 35% of the increased C difficile risk could be attributed to the alternative broad-spectrum, non-beta-lactam antibiotics. Broad-spectrum antibiotics are known both to promote resistance and to raise the risk of virulent infections like C difficile by killing beneficial bacteria in the gastrointestinal tract, according to the MGH press release.

"We know that more than 95 percent of patients with an indication of a penicillin allergy in their medical record are found not to be truly allergic, if tested by an allergist," Kimberly Blumenthal, MD, MSc, lead author of the report, said in the press release. She is with the MGH Division of Rheumatology, Allergy and Immunology and the Medical Practice Evaluation Center.

"Our study identifies appropriate penicillin allergy evaluations—which is still done in less than 1 percent of patients with recorded penicillin allergy—as an essential contributor to the globally important outcomes of antibiotic stewardship, reducing antibiotic resistance and health-care-associated infections,” she added.

Penicillin allergy testing is highly reliable, takes less than 3 hours, and costs about $220 per patient, according to the report.

Blumenthal observed that MRSA and C difficile cause thousands of deaths each year, adding, “We now can see a causal path from patients being labeled as having a penicillin allergy, to their being prescribed beta-lactam alternative antibiotics, to greater incidence of these dangerous and costly infections.”