Report outlines steps to reduce antibiotic use on the farm 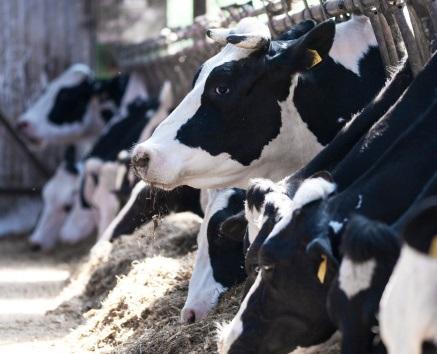 The antibiotic resistance crisis is largely a numbers game. Every time antibiotics are used in humans and animals, the risk for emergence of antibiotic-resistant bacteria goes up. And in the United States, far too little is being done to reduce the number of antibiotics used in food-producing animals.

That's according to a new report today from a group of physicians, veterinarians, and infectious disease researchers convened by the George Washington University Milken Institute School of Public Health. The report includes a set of recommendations to help guide policies to address the role that livestock antibiotic use plays in the emergence of antibiotic resistance. The authors of the report argue that while US policy makers have established goals and milestones to reduce the use of antibiotics in human medicine, plans to curtail antibiotic use in livestock and poultry production—which accounts for approximately 70% of the medically important antibiotics sold in the United States—are less well-defined.

"This Commission believes the antibiotic resistance crisis cannot be resolved by only addressing antibiotic use in people, given the extensive use of the drugs in food animal production," the authors write.

As one of largest producers and exporters of meat and poultry in the world, the United States is also a leading consumer of antibiotics for use in food-producing animals. According to the report, the country is the second highest user of antibiotics in food-animal production in the world, accounting for 13% of the global total (China accounts for 23%). And at 180 mg/kg (milligrams of antibiotic active ingredient per kilogram of meat produced), the intensity of antibiotic use of US farms is higher than more than 20 other countries.

To date, however, few concrete steps have been taken to address the issue. The US National Action Plan to Combat Antibiotic-Resistant Bacteria, which was released by the Obama administration in 2015, set goals for reducing inappropriate antibiotic use in hospitals and outpatient settings by 20% and 50%, respectively. And while that plan acknowledged that inappropriate use of medically important antibiotics in food animals also is a factor in antibiotic resistance, it did not any specific reduction goals. That was left to the Food and Drug Administration (FDA).

"We had paid attention to the commission that President Obama put together on antibiotic use and resistance, and felt that while that was a good starting point and a good step forward, the use of antibiotics in livestock really got short shrift there," commission member and Kent State University epidemiology professor Tara Smith, PhD, told CIDRAP News. "We didn't think it addressed it quite as much as we thought it deserved."

To date, the FDA's most significant effort to reduce antibiotic use in livestock has been Guidance #213, which ended the use of medically important antibiotics for growth promotion and required a veterinary prescription for all medically important antibiotics used in food-producing animals. Although this move is viewed as an important step, the report notes that the FDA and the animal pharmaceutical industry estimate that growth promotion only accounts for 10% to 15% of all antibiotics sold for use in animals. Furthermore, the guidance doesn't address the ongoing mass administration of many of these same antibiotics for disease prevention, at dosage levels and durations similar to those previously approved for growth promotion.

Many experts believe that while medically important antibiotics should be used to treat sick food-producing animals, their continued use for disease prevention is problematic. As a result, the FDA's efforts are seen as insufficient.

"The guidance is a nice first step forward," Smith said, "but it's not going to do enough to really start to decrease the use of antibiotics in livestock farms in the United States."

"When you put those small steps in context, they're probably not going to make a whole lot of difference in terms of reducing the enormous use of antibiotics in pork production, poultry production, and beef production," David Wallinga, MD, senior health officer at the Natural Resources Defense Council, said in an interview. Wallinga was not involved in the report.

To start meaningfully reducing antibiotic use in food animals, the commission recommends that federal and state governments begin by setting reduction targets, as has been done in the Netherlands and Denmark. They also recommend the phasing out of routine antibiotic use over long periods of time for disease prevention, adopting practices that can keep animals from getting sick in the first place, eliminating use of antibiotics that no longer have proven efficacy in animals, prioritizing antibiotics not deemed "critically important" to human health, and improving veterinary oversight.

More data needed on antibiotic use

Those recommendations rely, in part, on having more specific information about how antibiotics are used on US farms—information that is currently lacking. As the report explains, the FDA currently collects data only on the amount of antibiotics sold for use in food-producing animals and the intended route of administration. The US Department of Agriculture, meanwhile, collects some data on farm-level use of antibiotics, but the data is only collected once every 5 to 7 years through voluntary surveys.

"Right now we don't know what's going to what type of animal, what's going to different states, different farms," Smith said. That means, she explained, that there is no current way of knowing what type of antibiotics, and how much, are being used in pigs in Iowa compared to pigs in North Carolina compared to cows in Texas. "We have none of that fine-grained data that we need…to really start to understand the epidemiology of these type of antibiotic-resistant pathogens, and how they are developing from that antibiotic use in those specific animals."

To get that that type of fine-grained data, the commission calls on federal agencies to work with states and producer groups to develop a unified system for collecting detailed data on the use of antibiotics at the farm level and create a metric that would enable experts to compare antibiotics use in different species and discern trends over time. Lessons could be learned from Denmark and the Netherlands, where unified data collection systems have helped reduce antibiotic use in livestock by 47% and 64%, respectively.

"Denmark and the Netherlands have been able to do that in 6 years, and they're continuing to push on it," Wallinga explained. "They've got everybody on board."

That data should be integrated, the report suggests, with surveillance data from the National Antimicrobial Resistance Monitoring System (NARMS), which tracks resistance trends in people, food, and food-producing animals. Combining NARMS data with detailed antibiotic sales and use data and livestock production statistics into a single comprehensive report, as is done in Denmark and the Netherlands, could "provide a more comprehensive picture of antibiotic use in food-producing animals," the commission writes.

And that's really necessary to guide efforts to reduce antibiotic use, says Gail Hansen, DVM, a public health and animal medicine consultant who was not involved in the report. "Reducing the sale and use of medically important antibiotics is a high priority in the paper, but without good surveillance and monitoring in place, it will be difficult or impossible to measure," Hansen said in an email.

In addition, the report calls for NARMS to expand its surveillance beyond the bacteria that are the predominant sources of foodborne illnesses—Salmonella and Campylobacter—and include pathogens like Escherichia coli, Staphylococcus aureus, and Enterococcus spp., which can be found in meat, can cause disease, and are considered indicators of a broader reservoir of antibiotic resistance. Because these bacteria can carry and share mobile resistance genes with other species of bacteria, the report also urges NARMS to take advantage of next-generation sequencing technology to look for resistance mechanisms.

"With the technology we have today, it would be fairly simple to do more of a genomics/genetics focus, looking for some of these resistance genes in addition to targeted pathogens," Smith said.

Can the US become a leader?

Smith says the hope is that this paper can draw greater public attention to the use of antibiotics in food-animal production and hopefully spur some movement at the federal level to address the issue. That would be welcome, says Hansen, who notes that she has been promoting many of the ideas put forth in the paper for several years.

"I would love to see the US as a model country on antibiotic use, not one that is working to catch up to other countries that have realistically tackled this for several years," she said.

In addition, Wallinga says, it's important that the report shows how concrete action can be taken at several different levels.

"What this report really addresses is the need to get real and concrete about specific actions that need to happen, not just at the federal level but in states, in hospitals, in food companies," he said. "Every institution can do something as it relates to food production to make sure antibiotics are being better used, and that better stewardship is being used."