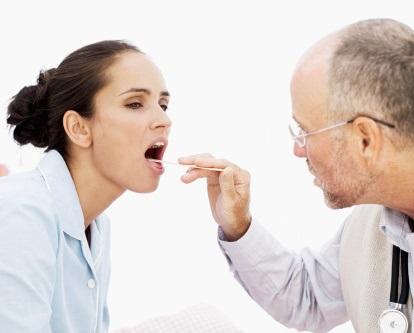 Despite many years of efforts to reduce overuse of antibiotics, needless prescribing of the drugs for sore-throat patients hasn't declined in 13 years, and overprescribing for acute bronchitis has stayed about the same since 1980, according to research released today.

Using survey data from the US Centers for Disease Control and Prevention (CDC), Boston researchers reported that the proportion of sore throat patients who received antibiotics stayed at about 60% from 1997 to 2010. Only about 10% of sore throats should be treated with antibiotics, they said.

In addition, the researchers said about 73% of bronchitis patients continue to be treated with antibiotics, even though acute bronchitis is rarely caused by a bacterial infection.

The findings were presented today at IDWeek, the annual conference of the Infectious Diseases Society of America and several other medical societies in San Francisco. The sore throat study was published today by JAMA Internal Medicine, but the bronchitis study has not yet been published in a journal.

The studies were conducted by Michael L. Barnett, MD, and Jeffrey A. Linder, MD, both of Brigham and Women's Hospital in Boston.

For the sore-throat survey, the authors counted visits by adults to primary care physicians or emergency departments (EDs) for treatment of sore throat from 1997 through 2010. Patients with injuries, immunosuppression, or concomitant infections were excluded.

The survey data included 8,191 such visits over the 14-year period, which suggests a total of 92 million visits nationwide during that time, according to the journal report. Antibiotics were prescribed at 60% of the visits (95% confidence interval, 57% to 63%), a figure that didn't change over the 14 years.

In addition, "We found that there was a significant increase in the rate of prescribing broader-spectrum, more expensive antibiotics such as azithromycin," Linder said at an IDSA press teleconference today. The latter drug was prescribed at 15% of visits by 2009-10.

The only common cause of sore throat requiring antibiotics is Group A Streptococcus, accounting for about 10% of cases, according to the report. Penicillin remains the drug of choice for strep throat, Linder said.

"It turns out that the bug that causes strep throat is resistant to some of those newer, more expensive antibiotics, but never resistant to penicillin," he said. He and Barnett found that penicillin was prescribed in about 9% of sore throat cases, a figure that was stable over the 14 years.

The rate of antibiotic use for sore throat, once as high as 80%, was about 70% in 1993 and dropped to 60% by 2000, where it has remained, the journal report says. "I'd characterize that as moderate to marginal improvement and painfully slow and far from what it should be," Linder said.

For the bronchitis study, the authors used the same data sources and general methods but covered the years 1996 through 2010. They identified 3,667 adult medical visits for the problem during that time, suggesting a total of 39 million visits nationwide, according to an IDSA press release.

They found that antibiotics were prescribed at 73% of the visits overall. In EDs, the rate actually increased from 69% to 73% over the period. The appropriate rate is probably close to 0%, Linder said at the press conference.

"The really bad news is that it [the overall rate] didn't change at all over the course of the study," he said.  "Going back to 1980, the prescribing rate has essentially not changed at all."

The study also revealed that the number of visits for bronchitis to primary care doctors increased significantly, from 1.1 million in 1996 to 3.4 million in 2010.

Linder said he and Barnett had hoped for more signs of improvement, in view of the efforts to prevent overprescribing over the past 10 to 20 years. "For sore throat we're moving the needle ever so slowly, and for bronchitis we're not moving it at all. So we were surprised," he said.

Antibiotic stewardship programs have helped reduce the misuse of antibiotics in hospitals, but the findings suggest that the message isn't reaching the community, according to the IDSA press release.

Linder observed in the release that taking needless antibiotics exposes people to adverse drug reactions, allergies, yeast infections, and nausea, with no benefit.

He suggested at the teleconference that physicians need to take time to discuss the issue with patients. "The doctor assumes the patient wants an antibiotic," he said. Yet, "Other work we've done shows that patients don't actually want antibiotics as much doctors think they do."