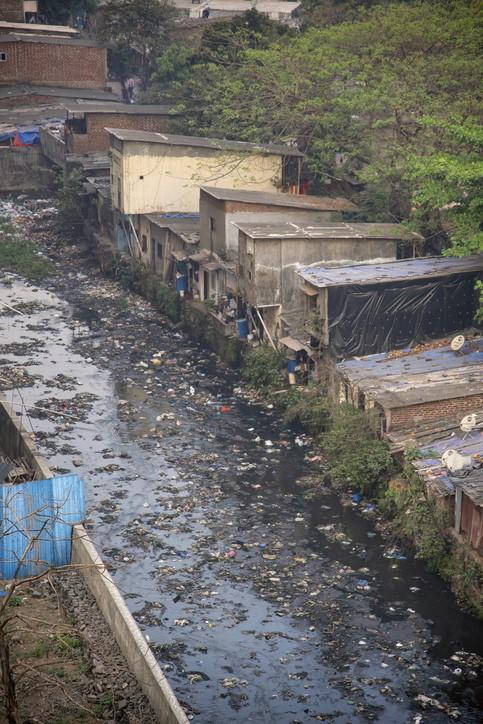 A new study by a team of international infectious disease researchers suggests that antibiotic consumption is not the biggest factor driving the global spread of antimicrobial resistance.

A bigger factor, according to the study, is "contagion," the spread of antimicrobial-resistant bacteria and resistance genes in people, animals, and the environment. Although antibiotic use starts the process, the authors argue, the spread of resistant strains of bacteria—fueled by poor sanitation, weak healthcare systems with poor infection prevention and control, and bad governance—is what's made antimicrobial resistance a global health crisis.

"Antibiotics are the 'fire' that starts up antibiotic resistance," lead author Peter Collignon, PhD, a professor at the Australian National University Medical School, told CIDRAP News in an email. "But spread (eg, by water, foods, poor infection controls, etc) is the 'wind' that really fans the fire and lets the resistant bacteria and genes spread and go out of control."

For the study, which was published in the Lancet Planetary Health, Collignon and colleagues from the Monarch Institute, Cardiff University, and the Center for Disease Dynamics, Economics and Policy examined the antibiotic resistance levels of 103 countries against a variety of potential contributing factors, including antibiotic consumption, infrastructure, governance, public healthcare spending, climate, gross domestic product (GDP), and education. Since these factors are known to affect other health outcomes, the researchers theorized that they likely play a role in antimicrobial resistance.

Most research on antibiotic resistance, they note, has focused on data-rich, high-income countries, where the quality of infrastructure and healthcare systems has made it difficult to assess how factors other than antibiotic consumption might affect resistance.

But what about low- and middle-income countries, where poor water quality, sanitation, and overcrowded housing play a significant role in the spread of infectious pathogens, including drug-resistant bacteria? Could analyzing resistance data from these countries provide a better understanding of the role of contagion in driving antimicrobial resistance?

To answer that question, the team used three sources of data—ResistanceMap, the WHO 2014 report on antimicrobial resistance, and contemporary studies—to create two global indices of antimicrobial resistance from 2008 to 2014. The indices were: (1) the global average prevalence of Escherichia coli bacteria resistant to third-generation cephalosporins and fluoroquinolones (E coli resistance), and (2) the combined average prevalence of E coli and Klebsiella species resistant to third-generation cephalosporins, fluoroquinolones, and carbapenems, as well as methicillin-resistant Staphylococcus aureus (aggregate resistance).

The investigators then looked for correlations between these indices, antibiotic consumption data from 73 countries, and World Bank data on governance, education, GDP, healthcare spending, infrastructure, and climate. A corruption index was created with data from Transparency International.

What the researchers found in their multivariable regression analysis, surprisingly, was that antibiotic consumption was not strongly associated with antimicrobial resistance levels. But poorer infrastructure (eg, poor sanitation), poor governance (corruption), and low healthcare expenditures were consistently associated with higher levels of resistance. On a global level, they concluded, contagion appears to be the dominant contributing factor.

"Using extensive statistical controls, our research team found that drug resistance rates were much higher in countries with poor infrastructure, poor public health systems, and with high levels of corruption," Collignon explained. "Crowded living conditions, poor public sanitation, unclean water, and unreliable standards in the preparation and distribution of foods are all part of the complex of conditions that enable rapid spread of resistant strains."

Collignon said that while there was a clear correlation between antimicrobial resistance levels and antibiotic usage in higher-income regions, such as Europe, the correlation became weaker in poorer countries. "We found a lot poor countries, despite not using large amounts of antibiotics in people, still had massively high rates of antibiotic resistance," he said. "This situation can only be explained if 'contagion' is the main factor driving the spread of these bugs, rather than antibiotic usage volumes in people."

In addition, Collignon noted, he and his colleagues suspect contagion is likely to be a more significant factor in spreading antimicrobial resistance in highly developed nations than previously thought. "Travelers, trains, planes, busy offices, and shops are all venues for spreading germs," he said.

That unclean water and poor public sanitation—well-established factors in the spread of infectious disease—are strongly associated with high levels of antimicrobial resistance is not a surprise. But Collignon said poor governance and corruption has more indirect effects on resistance levels, resulting in "less or no money for better infrastructure because it's siphoned off…and more dumping stuff—eg, animal or human feces—into waterways because of lack of control and governance."

Stewardship only part of the solution

Brad Spellberg, MD, an infectious disease physician and antibiotic resistance expert at the University of Southern California's Keck School of Medicine, took issue with the conclusions. "In short, it is not biologically plausible that poor sanitation is a more significant factor than antibiotic consumption in driving antibiotic resistance," Spellberg, who was not involved in the study, told CIDRAP News. "Only antibiotics cause selective pressure that drives and maintains high levels of antibiotic resistance."

While bad sanitation pushes the spread of antibiotic-resistant pathogens, Spellberg noted, it does so "only if there is a lot of antibiotic consumption occurring that causes resistance rates to rise." Nor does it account for high rates of resistance in the United States and other Western countries, which have had high-quality sanitation for decades.

"It was not until we began widespread use of antibiotics that resistance began to spread, and such spread occurred in countries that had already greatly improved their sanitation," he said.

But they argue that antibiotic usage explains only a portion of observed antimicrobial resistance levels. And they conclude that while global antibiotic stewardship efforts are an important element in the fight to contain drug-resistant pathogens, reducing antibiotic consumption alone will not suffice to control the spread of resistant pathogens.

"We still need to do that, but if we don't focus on other issues to prevent spread or 'contagion' and give them much more emphasis than we do now, we won't make much headway in our antibiotic resistance fight," he said.