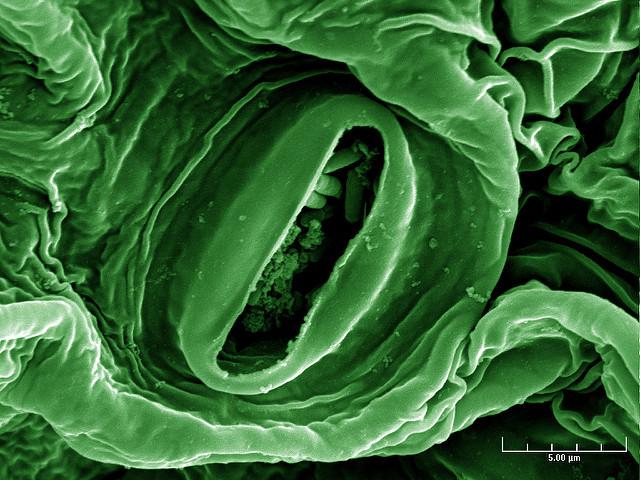 New research out of China indicates that the colistin-resistance gene MCR-1 is prevalent in the country's water supply, animals, food, and human population.

In a study yesterday in Eurosurveillance, a research team from Hong Kong Polytechnic University reports that MCR-1-harboring bacteria, mainly Escherichia coli, were detected in 71% of water samples, 51% of farm animal fecal samples, 36% of food products, and 28% of human subjects. The researchers say the findings indicate the gene, which was first discovered in China in 2015, will not only be difficult to eliminate, but could potentially spread in the hospital environment within a short period.

"This highlights the importance of vigilance and antimicrobial stewardship," they write.

Colistin is considered the antibiotic of last resort for bacterial infections that don't respond to other drugs. Once spurned by clinicians because of its toxicity, it has come back in to use in recent decades with the emergence and spread of antibiotic resistance. The discovery of MCR-1, and its ability to be shared among bacteria on mobile pieces of DNA known as plasmids, raised the specter of multidrug-resistant infections that are essentially untreatable with current antibiotics. Although the gene has now been detected in food, animals, and humans in more than 30 countries, the overall prevalence has been low.

The study is the first comprehensive look at the prevalence of MCR-1-bearing bacteria in the environment. While previous studies in China have reported mainly on the presence of the gene in bacteria from human clinical samples and veterinary specimens, screening specifically for the presence of MCR-1 in bacteria from food samples and water sources has been more difficult. Researchers have lacked methods to distinguish between bacteria that are intrinsically resistant to colistin and those that carry the MCR-1 gene.

For this study, the research team developed a polymerase chain reaction (PCR)-based assay that could isolate and analyze MCR-1-bearing bacteria from various sources. PCR tests amplify short sequences of DNA or RNA so that they can be used to determine the identity of a pathogenic organism.

The researchers then used the assay to test food samples (including meat, seafood, dairy products, and produce) from supermarkets and wet markets in Shenzhen and Hong Kong, and water samples from different bay areas, waste water treatment plants, and a fresh water reservoir. They also tested human fecal samples collected from in- and outpatients at four hospitals in Shenzhen and adjacent cities, pet fecal samples from animal hospitals in Shenzhen, and chicken and pig fecal samples from several Chinese provinces. They were looking specifically at enterobacteriaceae, the family of gram-negative bacteria that includes many familiar pathogens, such as E coli, Salmonella, and Klebsiella pneumoniae.

In a total of 1,371 food samples from Shenzhen and Hong Kong, the researchers identified a total of 498 samples (36%) that were positive for MCR-1, with meat products (pork, chicken, duck, mutton, and beef) showing the highest contamination rate (57%). Roughly 9% of other food products, mainly seafood and vegetables, were also positive for the gene. No MCR-1-bearing bacteria were found in dairy products or foods such as tofu.

Among the 24 samples taken from waste water treatment facilities, MCR-1 was detected in 18 samples, including in water that was to be released into the sea after treatment. Screening also detected the gene in six seawater samples, but did not find it in four samples from the fresh water reservoir.

Among the animal fecal samples tested, MCR-1-harboring bacteria was found in 51% of pigs and 63% of chickens, but only 11% of cats and dogs. And in the 150 human samples, researchers found MCR-1 in 26% of hospital inpatients and 31% of healthy patients receiving a physical examination.

Further analysis of the bacterial samples revealed that while some E coli strains carried the MCR-1 gene within their chromosomes, most carried it on two major conjugative plasmids

From animals to humans

Based on their data and previous studies on MCR-1 in China, the researchers have mapped out a potential path of transmission for MCR-1. They theorize that the gene likely evolved in the gastrointestinal tracts of Chinese livestock and poultry as a result of prolonged use of colistin as a growth promoter, and has since been transmitted to humans through contaminated food products, direct contact between animals and humans, or via water sources that have been contaminated by farm runoff (which in turn has caused contamination of produce and seafood). Once the gene has found a home in the human gut, it can cause further contamination of the water system through disposal of waste water.

The transmission map does not include the reservoir, since that body of water had not been contaminated by animal feces. Prevalence of the gene was low in dogs and cats because they are rarely exposed to colistin.

The theory that the emergence of MCR-1 was linked to widespread use of colistin in Chinese agriculture led Chinese officials, in late 2016, to ban further use of the drug in livestock and poultry. That will reduce selection pressure for the gene in food-producing animals. But Chinese hospitals have recently begun using colistin to treat multidrug-resistant infections, such as those caused by carbapenem-resistant enterobacteriaceae (CRE).  The study's authors are concerned that clinical use of the drug will hasten the spread of MCR-1 in hospitals, making multidrug-resistant infections even harder to treat.

"Upon approval of clinical use of colistin in China and other regions of the world this year or in the near future, the two colistin resistance-encoding plasmids described in our study may potentially spread in the hospital environment within a short period," they write. "The use of colistin to treat CRE infections may result in rapid selection of organisms that exhibit resistance to both carbapenems and colistin."