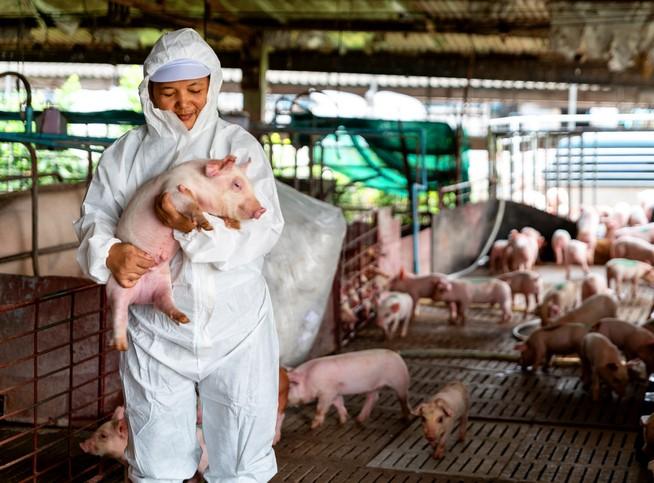 There is no time to wait.

That's the conclusion of a report out today from the United Nations (UN) Interagency Coordination Group (IACG), a panel of global experts formed to provide guidance and ensure sustained global action on antimicrobial resistance (AMR).

The report warns that, unless urgent action is taken to address AMR, global deaths from drug-resistant infections could rise from the current estimate of 700,000 a year to 10 million a year by 2050, and the economic impact could be similar to the 2008 global financial crisis, with 24 million people being forced into extreme poverty by 2030.

Emphasizing a One Health approach, the report calls on UN member states to accelerate national response plans to the AMR crisis, increase and encourage investment in development of new antibiotics and programs to combat drug resistance, collaborate with civil society groups and other stakeholders, and strengthen accountability and global governance.

"Antimicrobial resistance is one of the greatest threats we face as a global community. This report reflects the depth and scope of the response needed to curb its rise and protect a century of progress in health,"Amina Mohammed, UN deputy secretary-general and co-chair of the IACG, said in a World Health Organization (WHO) press release. "It rightly emphasizes that there is no time to wait and I urge all stakeholders to act on its recommendations and work urgently to protect our people and planet and secure a sustainable future for all."

Creating a blueprint to address AMR

The report by the IACG, which was convened to help UN member states fulfill and implement the pledges made at the UN's 2016 high-level meeting on AMR, is the culmination of a series of meetings, country visits, and stakeholder interviews conducted from March 2017 to December 2018. The aim of the group was to develop a blueprint to help countries respond to the alarming levels of AMR that have been reported in countries of all income levels.

The One Health approach acknowledges that AMR is driven not only by antibiotic use in human medicine but also by its use in plant and animal agriculture and aquaculture, and that the impacts of AMR are felt in people, animals, and the environment. At the 2016 UN meeting, member states committed to developing national action plans based on this principle.

But while more than 100 countries to date have developed national plans to combat AMR, implementation of those plans has been slow. And for many low-income nations, inadequate and under-resourced healthcare facilities, combined with a lack of political awareness and commitment, present significant barriers to implementation. The IACG says these barriers threaten progress against many of the UN's Sustainable Development Goals.

To speed up the fight against AMR, the IACG urges countries to build and sustain tailored national responses to the problem through "increased political commitment and more coordinated multisectoral efforts across the One Health spectrum."

The report calls for member states to ensure equitable and affordable access to existing and new antibiotics, vaccines, and diagnostics, to accelerate development and implementation of national One Health action plans that promote responsible use of antibiotics, and to phase out the use of antimicrobials for growth promotion in food animals, starting with those deemed most important for use in human medicine by the WHO.

The report also acknowledges that, in countries where poor sanitation and hygiene create a higher burden of disease, these efforts will need to be accompanied by measures to reduce infections and the need for antimicrobials. "The IACG recognizes that effective systems for infection prevention and control, including vaccination, clean water, sanitation and hygiene, as well as awareness creation, good management practices, biosecurity and good animal welfare in farming, avert infections in health care and farm settings," the authors write.

In its second recommendation, the IACG shifts its focus to the inadequate pipeline for new antibiotics. The report calls on public, private, and philanthropic donors to increase their investment and provide sustainable funding for developing new antibiotics, vaccines, diagnostics, and alternative therapies for drug-resistant infections, both in human and animal health, and to build upon current research and development efforts. It also recommends that any initiatives to boost antibiotic development be accompanied by support for equitable and affordable access to these medicines and for stewardship.

The IACG notes that part of this effort will need to include strategies that address the antibiotic reimbursement model, which ties value to sales volume. This model limits the market potential of antibiotics, discourages innovation, and has driven many drug companies out of antibiotic development. Among the "pull" mechanisms suggested by the IACG for addressing this problem are market entry rewards, milestone prizes, and advance market commitments.

The IACG also suggests that increased investment from the public, private, and philanthropic sectors needs to go beyond antibiotic development. Additional investments for efforts to improve water, sanitation, and hygiene, or enhance vaccine coverage, the authors write, "not only help to tackle the challenges currently posed by antimicrobial resistance but will also avert the need for even greater investments in the future and will help to mitigate the economic impact of antimicrobial resistance."

A 2017 World Bank report cited by the IACG estimates that AMR containment measures cost about $9 billion US annually, but that making investments now could save money if 75% of AMR's negative effects are avoided.

Finally, the IACG emphasizes that action on AMR can't fall completely on the shoulders of governments and needs to be coordinated among a variety of actors. To that end, the report urges governments to enlist in the fight civil society groups—including non-governmental organizations, consumer groups, and medical and veterinary societies—and companies in the private sector. These groups, the report notes, can help not only with the development of national action plans but also with advocacy, education, and communication.

An example of this kind of engagement is the AMR Challenge, a yearlong initiative by led by the US Department of Health and Human Services and the Centers for Disease Control and Prevention that encourages public- and private-sector organizations to contribute to the fight against AMR. To date, more than 175 organizations have joined this initiative.

In turn, the IACG calls on the UN and the leading global health entities—the WHO, the UN Food and Agricultural Organization, and the World Organization for Animal Health—to provide global leadership and accountability on the issue by providing member states with guidance, support, and tools. This includes setting AMR target levels, defining key activities, building national capacity for monitoring and surveillance, and ensuring sustainable funding for AMR-related activities.

To ensure that the urgency and political momentum on AMR is maintained, the report recommends the establishment of a One Health Global Leadership Group on Antimicrobial Resistance and an Independent Panel on Evidence for Action Against Antimicrobial Resistance. These expert groups would report on progress and gaps, provide recommendations for adaptation and mitigation, and advocate for action.