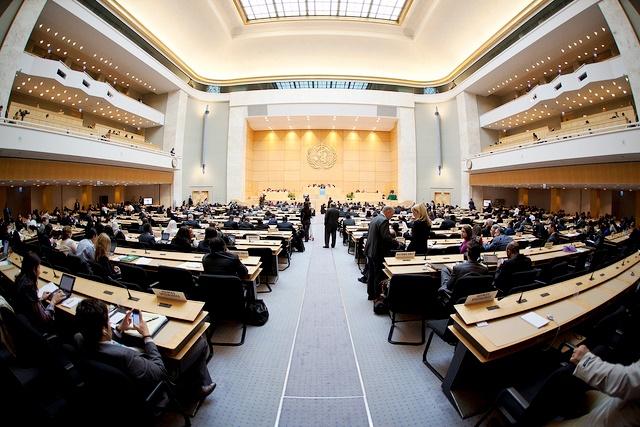 The World Health Assembly (WHA) wrapped up its annual meeting in Geneva today after clearing the way for global health response reforms prompted by gaps in the Ebola crisis and making progress on other infectious disease fronts, including antibiotic resistance and polio eradication.

The group opened its 68th session on May 18, with several items on the agenda to revamp the way the World Health Organization (WHO) responds to global health catastrophes, such as Ebola in West Africa. More than 3,000 delegates, including a large number of the world's health ministers, from 194 WHO member states took part in the meeting.

In a May 23 statement on meeting developments, the WHO said delegates welcomed the WHO's reforms of its emergency work, which include establishing clear and effective command-and-control mechanisms across all three levels of the organization: headquarters, regional, and country offices.

Also, the delegates approved a plan to establish an emergency program with an all-hazards health emergency approach that is adaptable and includes accountability, humanitarian principles, predictability, timeliness, and country ownership.

WHA approval finalized the WHO's plan, put forward earlier this year by its executive board, to establish a $100 million contingency fund designed to pay for field operations in emergency situations for up to 3 months. The fund will begin as a 2-year pilot and then be evaluated.

The group asked the WHO director-general to set up a committee under the 2005 International Health Regulations (IHR) to review how the IHR performed during the Ebola outbreak. A similar review was done in the wake of the 2009 H1N1 pandemic. That review defended the WHO from accusations that it overstated the pandemic threat and rejected claims that it rushed to declare a pandemic to benefit vaccine makers. However, the review also put forward 15 recommendations on how the WHO can improve any future pandemic response.

During the Ebola outbreak, several experts said the WHO was slow to respond and lacked the operational capacity and resources to lead the response. A separate independent panel is reviewing the WHO's response, and earlier this month they aired their initial findings to help guide WHA deliberations.

In WHA's request to WHO for a review committee, it also asked that the committee gauge the status of implementation of the previous (2011) review committee's recommendations and assess what bearing that work may have had on the Ebola outbreak response.

Yesterday WHA delegates endorsed a global plan to address antimicrobial resistance, according to a separate statement.

The plan has five main objectives: improving awareness, strengthening surveillance and research, cutting the incidence of drug-resistant infections, optimizing the use of antimicrobial medicines, and ensuring sustainable funding for battling the problem.

The resolution passed by the group presses member states to put the plan in action, adapt it to national priorities, and galvanize additional resources for implementation.

Governments committed to having national antimicrobial resistance plans in place by 2017 that dovetail with the global plan. National plans must cover the use of antimicrobials in animal health and agriculture in addition to human health.

The WHO will report country progress with their national plans at the 2017 WHA.

May 26 WHO statement on WHA closure

May 23 WHO statement on WHA emergency and global response actions

May 22 WHO statement on WHA polio eradication and IHR actions