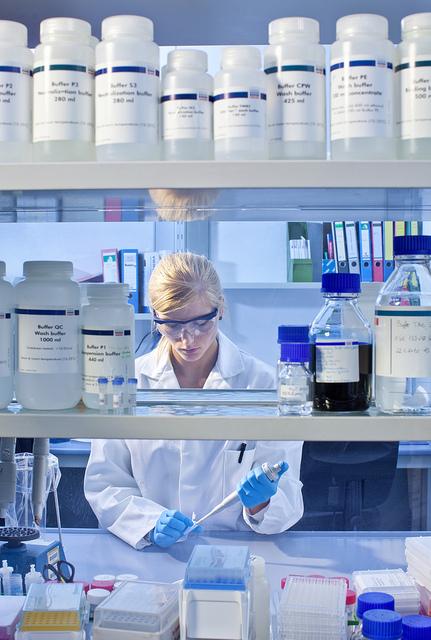 A new report today from the World Health Organization (WHO) argues that the antibiotics currently in clinical development are not sufficient to counter rising antimicrobial resistance (AMR), particularly in the pathogens that present the greatest threat to human health.

The authors of the report, a group composed of physicians, microbiologists, and experts in antibiotic resistance and drug development, say that while the current pipeline of antibiotics and biological drugs could produce 10 new drugs over the next 5 years, these new treatments "will add little to the already existing arsenal and will not be sufficient to tackle the impending AMR threat."

Few of the drugs currently in clinical trials can counter multidrug-resistant gram-negative pathogens, many of them are modifications of currently existing antibiotic classes and therefore only short-term solutions, and too few are truly innovative, they say.

The report, an analysis of the current antibacterial clinical development pipeline, identified a total of 51 antibiotics (including combinations) and 11 biologicals that have the potential to treat serious bacterial infections and were in phase 1 to 3 clinical trials as of May 2017.

Of these new therapies, the authors drilled down on those that target organisms on the WHO's priority pathogens list. The aim of the list, which was published by the agency in February, was to single out pathogens that are urgent health threats to promote research and development of drugs to treat them.

The WHO list named nine other bacteria, including Staphylococcus aureus, Salmonella, Neisseria gonorrhea, and Shigella, as high- and medium priority pathogens.

Of the 33 antibiotics currently in development for these pathogens, the WHO analysis found that only 12 are active against the critical priority pathogens, and only two of those show potential to be active against more than one of these specific pathogens. Some of these drugs are only in phase 1 clinical trials. Other drugs in phase 1 trials are listed as "possibly active," since conclusive data are lacking.

The only antibiotic active against all the critical priority pathogens is cefiderocol, a siderophore cephalosporin with a unique mechanism to penetrate the tough outer shell of gram-negative pathogens.

The lack of new drugs that can target several of the critical priority pathogens at once is a problem, the authors explain, because agents with a broad spectrum of activity are needed when clinicians don't know exactly what they're dealing with and are waiting for the results of drug susceptibility tests. In patients with severe, multidrug-resistant infections who need empiric treatment, they write, "this is the interval during which antibiotics have the greatest effect on survival."

While the pipeline for drugs active against some of the other priority pathogens on the WHO list is slightly more robust, the report notes, most of the 16 new products (which include 2 new antibiotic classes and 7 biological agents) specifically target methicillin-resistant S aureus (MRSA). None target vancomycin-resistant enterococci or fluoroquinolone-resistant Salmonella, both listed by the WHO as high-priority pathogens.

Overall, only 8 of the 51 new antibiotics met the authors' criteria for innovative treatments. While discovering compounds that are part of a new chemical class, with new targets, novel modes of action, and no cross-resistance to current antibiotics, is more difficult, these types of innovative drugs are viewed necessary for truly countering drug resistance. "Adaptation of existing antibiotic classes is a valuable short-term approach, but innovative approaches to antibacterial treatment are required to overcome resistance in a sustainable manner," the authors write.

Of the 11 biological agents currently in the pipeline, only 2 are active against the critical priority pathogens, while the rest target S aureus and Clostridium difficile. These products, which include monoclonal antibodies, polyclonal antibodies, and bacteriophages, are innovative and could potentially be alternatives to antibiotics, but that potential has yet to be proved.

The report also found that new drugs to treat drug-resistant tuberculosis (TB) are sorely lacking. Despite the emergence of widespread resistance to the first-line TB drugs rifampin and isoniazid, only seven new drugs for TB are in clinical trials, and four of those are in phase 1 trials. In addition, few of the new drugs are oral antibiotics, which are needed for treating infections in low- and middle-income countries.

Experts say the findings of the WHO report are not surprising, given the known economic and scientific challenges of new antibiotic development. Because of these challenges, the total number of antibiotics approved has dwindled in since the 1980s, with few new classes of antibiotics and few new drugs for gram-negative pathogens.

"This is the most comprehensive survey in existence on the clinical development pipeline," Kevin Outterson, LLM, JD, executive director of CARB-X (the Combating Antibiotic Resistant Bacteria Biopharmaceutical Accelerator), told CIDRAP News. "I wish it was happier news, but this confirms what we already suspected: The clinical pipeline is too thin, especially for the drug-resistant pathogens that most worry the experts."

CARB-X, a public-private initiative launched to help repair that pipeline, has awarded more than $40 million this year to 18 biotech companies with a variety of products in pre-clinical development. The hope is that this funding will help get a new batch of innovative drug candidates into the pipeline more quicker and, ultimately, into clinical use.

More of this type of support for pre-clinical and clinical development of new antibiotics is what's needed, the authors of the report say, and they call on the pharmaceutical industry to collaborate with universities and other publicly funded research institutions to bring new therapeutics to the market.

In a companion report, the WHO said drug research and development strategies should focus on new antibiotics specifically for multi- and extensively drug-resistant gram negative pathogens and TB.