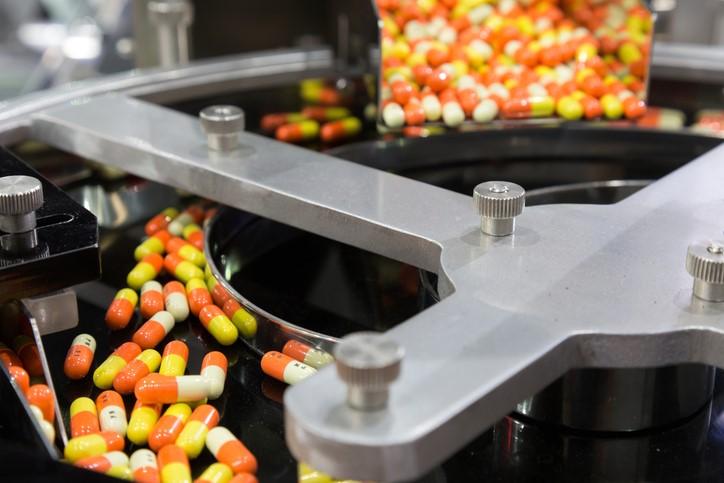 In a new report, the World Economic Forum (WEF) throws its weight behind the push for 'pull' incentives for the development of new antibiotics, which aim to ensure that drugs that reach the market will be profitable.

The WEF says it's time for governments and pharmaceutical companies to collaborate to make "tangible, incremental progress" on designing pull incentives to demonstrate the viability of the approach.

The report was issued Jun 22 in collaboration with the Wellcome Trust. The Geneva-based WEF, also called the International Organization for Public-Private Cooperation, is a not-for-profit organization that brings together political, business, and other leaders to shape global and regional agendas, according to its website.

The report notes that only 16 new antibiotic candidates targeting high-priority pathogens are now in development, and almost all are modifications of existing drugs. Drug companies have shied away from developing new antimicrobials because, under the standard business model, the chances of profitability are slim to none.

The WEF cites three reasons for the lack of financial incentives under the existing system. One is that the demand for new antibiotics is unpredictable, given that it depends on the prevalence of resistant pathogens. Another is that stewardship efforts aim to minimize the use of antibiotics to preserve their effectiveness, which of course decreases sales. Third, clinical trials are particularly complex and costly.

Existing incentives for developing new antibiotics are mostly of the "push" type, the report notes. Push incentives provide support for research and development, but they don’t ensure that a company can get an adequate return on a new antibiotic once it wins approval. The concept of pull incentives has attracted increasing attention in recent years.

A chart in the report shows that 10 current research and development initiatives on antimicrobial resistance (AMR) involve push incentives, while no such initiatives involve pull incentives exclusively. Combinations of push and pull incentives are being used to support four existing R&D initiatives, the chart indicates, but it doesn't give any details on those.

Funding for antimicrobial drug R&D has increased in recent years, but existing push incentives focus on basic and preclinical research, not clinical development, according to the report. "This means that companies of all sizes are still not being sustainably incentivized to invest, and there are no drivers for taking antibiotic candidates from the early stages of research and development all the way to commercialization."

An important advantage of effective pull incentives is that they can potentially be used to promote antibiotic stewardship, availability, and access, according to the WEF.

"Currently, more deaths are due to limited and delayed access to antibiotics than to drug-resistant infections, a problem caused by health system failings as well as misaligned commercial drivers," the report states. "For instance, universal access to antibiotics could avert 445,000 deaths from pneumonia in children under five each year. Pull incentives must be considered a failure if they don’t enable the new drugs they fund to reach the people who need them most."

Pull incentives can be designed so that the rewards to companies are not based solely on sales volume, thus reducing the incentive to maximize sales of a drug while under patent, the report says. To promote access to the drug, payments can be made in stages as the sponsor meets conditions for responsible marketing, product registration, and/or pricing. Other mechanisms for promoting access include using patent buyouts or licensing mechanisms to give public bodies or other groups control over manufacturing and distribution of the drug in "key territories."

In addition to promoting antibiotic stewardship and access, pull incentives should meet three other criteria, according to the WEF:

The report describes two kinds of pull mechanisms: "lego-regulatory incentives," which aim to speed regulatory review, extend patent exclusivity, or offer premium pricing, and "outcome-based incentives," meaning direct payments. Lego-regulatory incentives may be useful for some products and in some places, but used alone, they are not likely to meet the desired criteria because they still rely on market forces to ensure profitability, the report says.

It adds that outcomes-based pull incentives "potentially offer a highly effective mechanism to guarantee a return on investment to industry" and, if designed carefully, can give health service providers a fair deal. Such incentives "might include market-entry rewards (which offer large lump-sum payments to the successful developers of a new product meeting certain well-defined criteria) or insurance-based systems whereby healthcare systems pay for the right to access a product rather than for each unit they use. Such models must be the priority for discussions between industry and governments."

Time to get practical

A political and industry consensus on the need for pull incentives is building, and now it's time to focus on the practical details of designing and implementing them, the report asserts. It calls for a coalition of governments and drug companies to develop "exemplar pull mechanisms," with the goal of demonstrating that they can work.

But first, several steps must be taken to address certain barriers, the report says. These include, among other things, developing product eligibility criteria, talking with companies that have potential candidate drugs, better defining provisions for access and stewardship, and identifying sustainable funding mechanisms.

The WEF report comes less than 2 weeks after the US Food and Drug Administration announced some steps toward pull incentives for new antibiotics. On Jun 12 the FDA released draft guidance for the Limited Population Pathway for Antibacterial and Antifungal Drugs (LPAD), which was established under the 21st Century Cures Act. The LPAD creates a new FDA approval pathway for antibacterial and antifungal drugs that would treat serious or life-threatening infections in high-risk patients.

At the same time, FDA Commissioner Scott Gottlieb, MD, said the agency was looking at new drug reimbursement models that would disconnect revenue from sales volume, since trying to maximize sales of an antibiotic undermines stewardship. He said the FDA was looking at a licensing model, wherein the hospitals most likely to prescribe new antibiotics for dangerous, multidrug-resistant infections would pay a fixed licensing fee allowing them to use a certain number of annual doses.