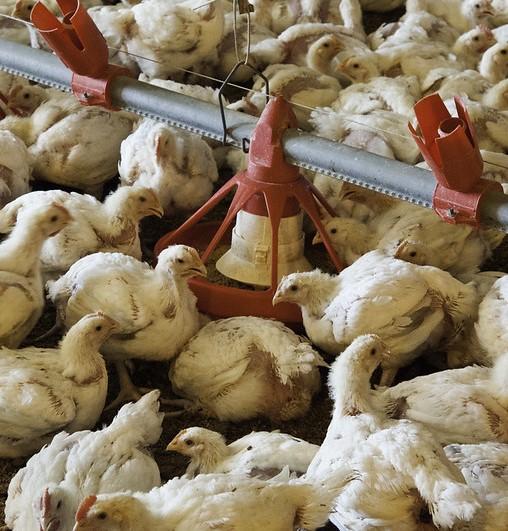 The US Department of Agriculture (USDA) today announced that tests have confirmed highly pathogenic avian flu in poultry in two more states, involving a commercial broiler farm in Kentucky and a backyard facility in Virginia.

In a statement, the USDA's Animal and Plant Health Inspection Service (APHIS) didn't say the outbreak involve H5N1, the same virus found extensively in wild birds on the eastern seaboard and on an Indiana turkey farm. Tennessee officials who are jointly working with Kentucky, however, said that federal testing confirmed H5N1 from Kentucky's poultry.

Kentucky's outbreak involves broiler chickens in Fulton County, in the westernmost part of the state near the Tennessee border. In a statement, the Kentucky Department of Agriculture said tests are also pending in another suspected outbreak in Webster County, located about 124 miles northeast of Fulton County.

The USDA said the suspected outbreak in Webster County involves a turkey flock.

Regarding the Fulton County outbreak, officials said the commercial chicken operation notified states officials on Feb 11 about an increase in poultry deaths, which prompted testing.

The surveillance zone established as part of the response includes Tennessee's Obion County, and the two states are coordinating their incident responses.

Kentucky is the nation's seventh biggest state for broiler production, and the birds make up one of its top commodities.

The Virginia backyard flock that tested positive is in Fauquier County, located just west of Fairfax. The USDA said there were mixed species at the location and that the birds have already been depopulated.

The outbreak in Virginia poultry follows recent detections in the state's waterfowl at two locations: Virginia Beach and Henrico County.

The newly announced detections in poultry today are part of quickly evolving developments, including the first 2022 appearance of highly pathogenic avian flu at a US poultry farm. That outbreak was confirmed on Feb 9 and was the first high-path poultry outbreak in the country since 2020. Last week's outbreak occurred on an Indiana turkey farm and led to the loss of 29,000 birds.

The Eurasian strain of H5N1, also hitting birds in Canada, Europe, and Africa, has also been implicated in multiple recent surveillance samples from wild birds along the East Coast, ranging from Delaware to Florida along the Atlantic Flyway. Federal officials recently announced that they are expanding surveillance for the virus to the Mississippi and Central Flyways.