Eleven new H7N9 cases include one in Beijing 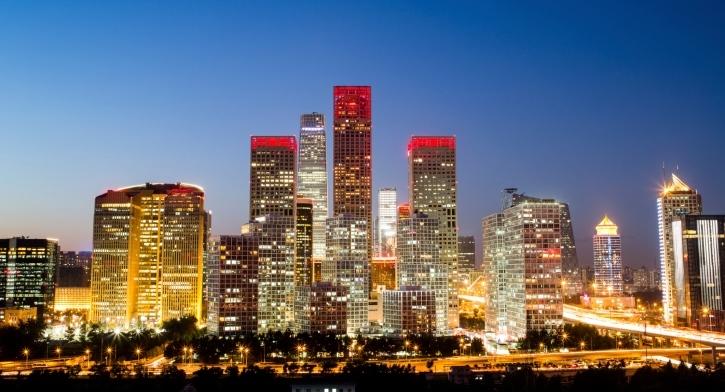 As China headed into a week of Lunar New Year travel and celebrations, it reported 11 new H7N9 avian influenza infections today, including the first one in Beijing since the first wave last spring.

At least 45 infections have been reported this week, a level that tops the busiest week of the outbreak's first wave last spring.

In an outbreak that seems to be heavily driven by human contact with live poultry or their environments, health officials have aired concerns that holiday rituals that involve market-bird purchases and slaughter in people's homes, as well as crowded travel conditions, could amplify the numbers of infected people.

The surge in H7N9 activity in China, as well as other recent high-profile infectious disease events, is triggering preparedness activities and threat assessments in other countries, including the United States, other Asian nations, and Europe.

The patient from Beijing is a man who got sick and was hospitalized after he bought pigeons and ate them, Xinhua, China's state news agency, reported. His infection is the first reported in the city since late May.

His case may also signal widening circulation of the virus, because the city is several hundred miles north of the main outbreak areas in eastern and southern China. Only three other infections have been reported by Beijing, and one was in an asymptomatic child.

The other 10 cases were announced today by authorities in three provinces: Fujian, Guangdong, and Zhejiang. According to statements in Chinese translated and posted by Avian Flu Diary, an infectious-disease news blog, the patients include a 46-year-old woman from Fujian province who is being treated in an isolation unit, as well as a 52-year-old man and a 58-year-old woman from Guangdong who are both hospitalized in critical condition.

Seven of the cases are patients from Zhejiang, the hardest-hit province. All are adults, ranging in age from 23 to 82. Five are women and two are men. All of them are hospitalized, five in critical condition and two listed as severe.

Of 85 cases reported in China so far this year, Zhejiang has recorded 43, more than any other province. Authorities in its capital city of Hangzhou announced the suspension of live poultry trading in the main urban areas, starting today, Xinhua reported.

Earlier this month, Shanghai announced that it would temporarily shutter live bird markets starting Jan 31 to curb the spread of the virus. During the first wave of H7N9 infections in the spring, health officials credited poultry market closures with easing the number of new human cases.

The burst of new cases today raises the outbreak total to 238, according to a case list compiled by the FluTrackers infectious disease message board. The unofficial number of deaths stands at 57.

In other developments the US Centers for Disease Control and Prevention (CDC) yesterday revised its interim recommendations for addressing H7N9 in healthcare settings to include H5N1 avian influenza.

Michael Jhung, MD, MPH, a medical epidemiologist in the CDC's influenza division, told CIDRAP News that the content is the same as H7N9 infection control recommendations first released last April, but in light of the recent H5N1 case in a Canadian woman who had traveled to China, the CDC wanted to create a more general document so providers will have information on both viruses.

Efforts are under way to combine H7N9 and H5N1 guidance when appropriate, such as recommendations for treatment and prophylaxis, Jhung said.

In another preparedness effort involving H7N9, the CDC has held joint exercises with Vietnam in case H7N9 or a novel coronavirus surfaces there, according to a Jan 22 blog post written by Lauren Anderson, a global health fellow who worked on the project, which started last spring. Vietnam shares a border with China, and the countries have a robust trading relationship that includes poultry and other commodities.

Anderson wrote that the exercise tested the health ministry's response capacities, which included analyzing the threat at labs and surveillance systems and launching efforts to prevent the virus from spreading. "The scenario was just a practice drill but may be all too real with the H7N9 virus infecting people and poultry in neighboring China," she wrote.

Meanwhile, the European Centre for Disease Prevention and Control (ECDC) weighed in on the surge of new H7N9 cases in China in its latest weekly communicable disease threat assessment. It noted that between the week of Jan 17 and Jan 24, 37 new cases were reported by local authorities and that 90 sporadic cases have been reported since October.

The ECDC said the continued and increasing transmission of a novel reassortant avian flu virus that can cause severe disease in humans in one of the world's most densely populated countries raises pandemic concerns, but so far the event represents a local but widespread zoonotic outbreak with sporadic spillover to humans who have close contact with the animal reservoir.

The rise in cases since October suggests that the reservoir persists and the transmission pattern may be seasonal, the ECDC wrote.

Canada's recent detection of a fatal H5N1 infection in a traveler returning from China underscores the point that imported H7N9 cases might also be seen in Europe, but the threat of the disease spreading to humans is still considered low, the group noted.