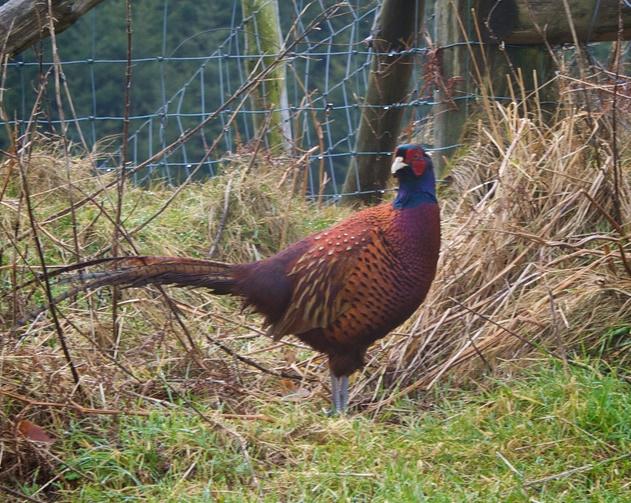 Avian flu outbreaks involving different strains continue to strike wild birds and poultry in several nations in different parts of the globe, including a pheasant farm in the United Kingdom, another farm in Japan, and another turkey-producing facility in Italy.

In another new development, Germany reported an outbreak of low-pathogenic H5N3 avian flu, one of the strains involved in outbreaks last year in France's foie gras production region.

The latest highly pathogenic H5N8 avian influenza outbreak in the United Kingdom involved a pheasant farm in Lancashire that housed about 10,000 birds, the Department for Environment, Food & Rural Affairs (DEFRA) announced today. Several birds died, and the rest are being culled.

An investigation is under way into the source of the virus. Last week, UK officials said H5N8 had been detected in a wild duck in Lancashire.

In Germany, authorities detected highly pathogenic H5N5 in a wild goose found dead on Jan 23 in Schleswig-Holstein state, the same state where H5N5 was recently implicated in Europe's first known poultry outbreak involving the strain, according to reports to the World Organization for Animal Health (OIE).

Meanwhile, German officials said the low-pathogenic H5N3 strain was responsible for three outbreaks in backyard birds in three different states in different parts of the country: North Rhine-Westphalia, Saxony-Anhalt, and Rhineland-Palatinate. Germany's most recent previous H5N3 outbreak was in 2014, according to the OIE report.

The outbreaks began from Dec 22 to Jan 7, affecting a variety of poultry including chickens, geese, ducks, and pigeons.

Also, Czech Republic veterinary authorities in separate reports to the OIE confirmed two H5N8 outbreaks in backyard birds and wild birds. The poultry outbreaks struck regions in different parts of the country, South Bohemia and Olomouc. They began on Jan 18 and Jan 20, respectively, killing 69 of 553 chickens, geese, and ducks. Czech officials also reported 12 outbreaks in wild birds—mainly swans—found dead from Jan 16 to Jan 24 in forested areas across a wide swath of the country.

Elsewhere, Italy reported an H5N8 outbreak at a turkey farm in Veneto region for the second time. The new outbreak killed 254 of 22,630 birds, and officials noted another H5N8 detection in a wild bird, according to separate reports yesterday to the OIE. Officials also found a dead whooper swan at a natural park in Friuli-Venezia Giulia region.

In Croatia, authorities found H5N8 in three mute swans found dead on Dec 29 in Sisak-Moslavina County in the east central part of the country.

In developments outside of Europe, Japan today reported another H5N6 outbreak, this time at a large poultry farm in Miyazaki prefecture, officials said in an OIE report. The outbreak started on Jan 24, killing 150 of 168,400 broilers. Japan and South Korea have been battling a spate of H5N6 outbreak since late 2016.

Israel, already hit by H5N8 outbreaks in poultry, reported thee findings in 10 wild birds found dead from Dec 8 to Jan 3 on the western side of the country. Species involved were ducks, geese, gulls, and a crow.