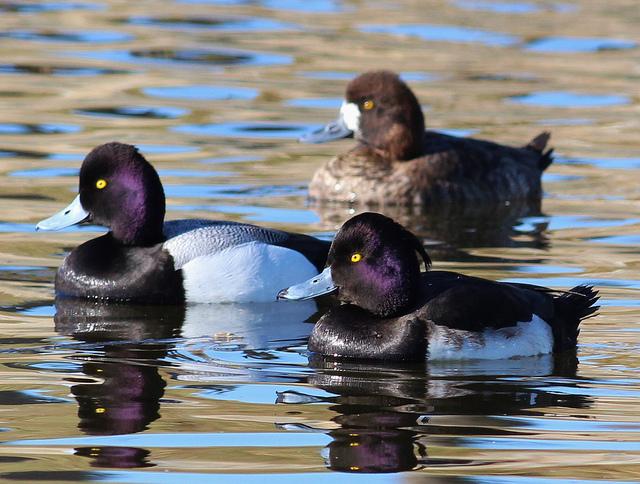 The studies offer more insight as to why last year's avian flu outbreaks across Europe were so deadly for not just poultry, but wild birds as well.

Last autumn and winter, the Netherlands was one of many European countries that reported an outbreak of H5N8 among wild and agricultural birds. Dead wild birds infected with H5N8 subtypes were first found at Uvs Lake on the border between Russia and Mongolia in May 2016. By October, the highly pathogenic strain was detected in wild swans in Hungary, and shortly thereafter reports spread across Europe, including the Netherlands.

In the Netherlands, the outbreak led to a large die-off of approximately 13,600 birds, mostly wild tufted ducks and Eurasian wigeons.

Unlike previous avian flu outbreaks in the Netherlands, this was the first with an increased mortality rate among wild birds. Local surveillance showed that 5% of the wintering populations of tufted ducks and Eurasian wigeons in the Netherlands might have died.

"Assuming that no migration occurred, we estimate that up to 25% of the local population of tufted ducks might have died, which might affect population dynamics substantially. Additional studies are needed to evaluate long-term impacts on these populations and to elucidate why high numbers of birds survived or escaped infection," the authors concluded.

The second study involved complete-genome sequencing to describe the relationship between H5N8 strains in wild birds, commercial poultry, and captive birds in the Netherlands. Vruses from 44 wild birds, 8 poultry farms, and 4 captive birds were included in this analysis.

Sequencing showed that the H5 clade 2.3.4.4 viruses detected in Russia in May 2016 were found in Dutch wild bird samples, while phylogenetic analysis showed that the H5N8 viruses introduced in the Netherlands in 2016 are novel reassortants of the Russia-Mongolia H5 clade 2.3.4.4 viruses. The sequences were not related to a 2014 H5N8 clade detected in the Netherlands, suggesting rapid and novel reassortment.