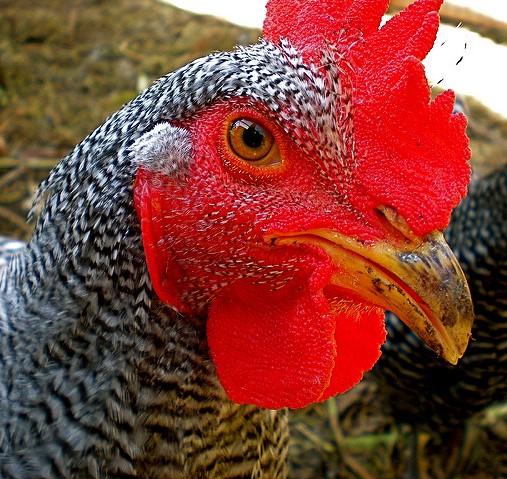 In the latest avian flu developments, Bulgaria and South Africa reported outbreaks from highly pathogenic strains, and a US vaccine company announced that the US Department of Agriculture (USDA) has conditionally approved the first DNA avian flu vaccine for chickens.

Also, the United Nations Food and Agriculture Organization (FAO) provided a snapshot of current highly pathogenic H5 observations and what could play out in the upcoming season, and Chinese researchers reported new findings on airborne spread of avian flu based on sampling in a live-poultry market.

In Bulgaria, the latest outbreaks began Nov 2, hitting backyard birds in Sliven province and a commercial poultry farm in neighboring Jambol province located in the country's southeast, according to a notification today from the World Organization for Animal Health (OIE).

Testing so far indicates an H5 strain, which killed 112 of 12,188 birds between the two locations. The remaining ones were culled to curb the spread of the disease.

In mid October, Bulgaria reported a pair of H5 outbreaks, its first since April, which struck backyard birds and a farm in two other provinces, Dobric and Haskovo.

Elsewhere, South Africa reported four more H5N8 outbreaks, two involving farm settings and two affecting other types of birds, according to separate reports today from the OIE. All occurred in Western Cape province, which has been hit hard by the virus over the past few months.

The two new farm-related outbreaks occurred at commercial ostrich facilities; one began on Aug 15 and the other started on Sep 26. Between the two locations, the virus sickened 39 of 1,733 birds, and culling is among the planned response steps.

South Africa's two other detections were in an Egyptian goose found dead in Cape Town on Oct 23 and in hobby chickens at another location in Western Cape province. The latter outbreak began on Oct 31, killing 24 of the 37 birds at the site.

In a statement, the company said the vaccine is made by splicing an antigen related to the highly pathogenic H5 subtype into a bacterial plasmid, which is multiplied, purified, and administered with an adjuvant. AgriLabs said the approval marks the first DNA-based flu vaccine for veterinary use and is one of the first DNA vaccine approved in the United States for food animals.

Steve Schram, president and chief executive officer of AgriLabs, said DNA vaccines can be useful in fighting current and emerging animal diseases, because vaccine development and production are far faster than conventional vaccine platforms. Another benefit of DNA vaccines is that they don't expose animals to the disease-producing organism and pose no risk of a modified pathogen mutating back to a virulent form, he said.

The FAO recently posted an analysis of highly pathogenic H5 activity over the past year, with projections on what might happen with the viruses during the 2017-18 season.

Experts said the fourth intercontinental wave of highly pathogenic H5 transmission is still under way and has been marked by novel strains last season that caused numerous outbreaks in poultry and wild birds across much of Europe, part of Asia, the Middle East, and West Africa, and extending for the first time to eastern and southern Africa.

If patterns persist from earlier waves, the virus could return to Europe this season, though the number of outbreaks is expected to be lower than last season, the FAO said.

In research developments, a team from China yesterday in experiments to explore airborne transmission of avian influenza virus in poultry markets, found that viral RNA is detectable by air at least 100 meters downwind from a wholesale poultry market in the city of Guangzhou. The team from the University of Hong Kong and the Guangdong Center for Disease Control reported their findings in Building and Environment.

Using seven bioaerosol samplers provided by the US National Institute for Occupational Safety and Health (NIOSH), the Chinese team sampled different locations around the wholesale market three times between December 2015 and July 2016.

Viral RNA was mainly found in particles larger than 1 microgram.

Using a fluid dynamics model with tracer gas to gauge the influence wind and surrounding buildings, the scientists projected that the buildings could enhance lateral spread and create air circulation with the potential to spread the virus against the wind.

Nov 14 OIE report on H5N8 in other South African birds