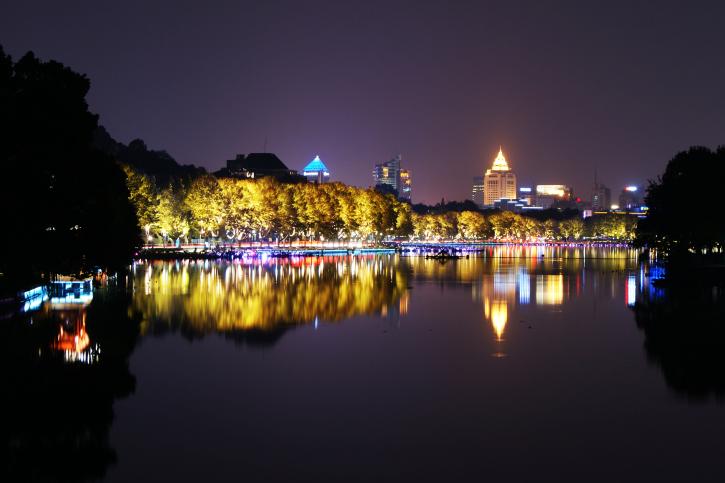 Skyline of Hangzhou, China. The city is the capital of Zhejiang province, the area most affected by H7N9 cases., Kelvinyam / iStockphoto

Chinese health officials saw no letup in the steady stream of H7N9 avian influenza cases today, with reports of seven new infections, a level of activity that threatens to push the second wave of infections higher than the first one last spring.

The pattern of H7N9 cases in recent weeks has strikingly followed the pattern seen last year as H7N9 reached its peak in the spring.

In the week beginning Mar 25, 2013, following a week of just 7 cases, China confirmed 17 new H7N9 cases, according to data compiled by the Minnesota Center of Excellence for Influenza Research and Surveillance (MCEIRS). The following week saw 28 cases before the spring wave peaked during the week of Apr 8, with 38 cases.

Health officials are quick to say that it's impossible to predict flu's next move, but some are warning that upticks in live-poultry commerce and heavy travel conditions as China enters its Lunar New Year holiday period could fuel the spread of the virus in birds and people, factors that could quicken the pace of H7N9 detections.

Last year, the patients identified as the first lab-confirmed H7N9 cases experienced their first illness symptoms in the middle of February, not long after the Lunar New Year period.

Five of the new cases are from Zhejiang province, the outbreak's hardest-hit area. A provincial announcement in Chinese translated and posted by the Avian Flu Diary (AFD) infectious disease news blog said the patients are all adults, three women ages 63, 66, and 71, and two men ages 59 and 71. All are hospitalized, three in critical condition and two listed as severe.

Official statements reported two more case-patients from two of China's other H7N9 hotspots. Both are women—a 61-year-old from Shanghai who is undergoing treatment and a critically ill 34-year-old from Guangdong province, according to translations posted by AFD.

The new cases raise the outbreak total to 227, according to a case list compiled and updated by the FluTrackers infectious disease message board. The unofficial death total remains at 57.

In a related development, the World Health Organization (WHO) provided more details on 10 lab-confirmed cases that it received yesterday from Chinese health officials. Initial news of the illnesses appeared in provincial health statements and media reports on Jan 21 and Jan 22.

All patients are adults ages 39 to 76 from Guangdong, Jiangsu, and Zhejiang provinces. Seven are men and three are women All are hospitalized, three in serious condition and seven in critical condition.

Five of the patients were exposed to poultry before they got sick, and two had been around live-poultry markets.

In a separate statement today, the WHO, on its international travel resource Web page, addressed the risk of human avian flu infections. It noted that, with certain strains, human infections can occur, even when there is no apparent risk in poultry.

For example, the H7N9 virus circulating in Chinese poultry is a low-pathogenic subtype that doesn't cause signs of clinical disease in infected birds.

The WHO said the risk from avian flu is low to most people and infections don't result from properly handled and cooked poultry and eggs. The agency said it does not recommend any travel restrictions, but it advises travelers to countries with known outbreaks to avoid poultry farms, contact with animals in live-bird markets, and being near poultry slaughter areas or surfaces contaminated with poultry or animal feces.

Travelers should wash their hands often with soap and water and avoid eating undercooked eggs, the statement said.