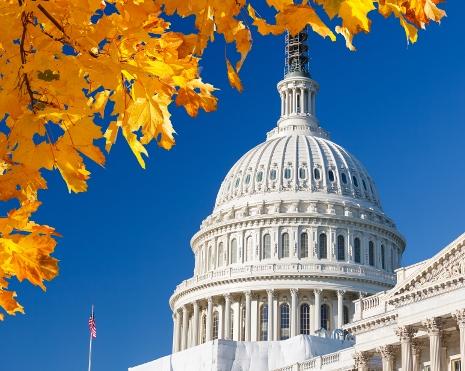 Biological threats lack the same attention as other security concerns and need the political muscle of the vice president's office to form a national policy and streamline funding, according to a high-level panel that aired its findings in a Senate hearing yesterday.

The Blue Ribbon Study Panel on Biodefense—headed by seasoned politicians Joseph Lieberman and Tom Ridge—published its complete findings in an 82-page report that contains 33 urgent recommendations and 100 action items.

Lieberman represented Connecticut in the Senate for 24 years, which included 6 years as chair of the Senate Homeland Security Committee. Ridge is a former Secretary of Homeland Security, who also served in the US House of Representatives and as governor of Pennsylvania.

During opening statements in the hearing before the Senate Homeland Security and Governmental Affairs Committee, Congress members discussed bioterrorism concerns, along with natural disease threats, such as Ebola in West Africa and H5N2 avian influenza, and problems at federal laboratories.

Sen. Thomas Carper, D-Del., said biological threats have the potential not only to impact human health but also to adversely affect the economy. "I urge us to give the recommendations the attention they deserve and take action."

Lieberman said the bipartisan panel's main conclusion is that the country is better defended against biological threats since the 2001 anthrax attacks, but the state of biodefense is inadequate. Experts who assisted with the panel's work found that the country spends about $6 billion a year on biodefense, but funds aren't unified and the country isn't getting its money's worth.

He reminded the committee that Islamic State of Iraq and Syria (ISIS) has endorsed bioweapons as a threat to the American homeland and that even naturally occurring outbreaks, such as the H5N2 outbreak in US poultry, can have severe economic impacts.

"No one is driving this bus," he said of the lapse in biodefense leadership that the panel identified. "We don't know how much is being spent and who should do it."

The panel suggests that the office of the vice president is the only office with the political authority and influence to create its suggested biodefense council, national policy, and unified biodefense budget. Lieberman said, "We fear that if someone's not driving the bus, implementation will be haphazard."

Ridge told the committee that four different commissions have tackled biodefense issues since 2001, but not much has changed. "We're looking for bipartisan champions. This is a national problem."

Alongside the top-level leadership and policymaking recommendations, the panel identified the need for a "One Health" approach with input from both human- and animal-health sectors that prioritizes medical countermeasures, improves biological attribution capabilities, and establishes a national environmental decontamination and remediation capacity.

Recommendations also prioritize the development of rapid tests, a fully functional environmental detection system to replace BioWatch, and a review and overhaul of the Select Agent Program.

Ridge told legislators that participation on a biodefense council by response groups from states and cities would be crucial. "You can't secure the country from within the beltway," he said.

A call for action

Ridge said the disease threats are real and asked Congress to act on the panel's blueprint and not leave the report on the shelf gathering dust.

Committee chair Sen. Ron Johnson, R-Wisc., praised the report and assured Ridge and Lieberman that the committee would advocate for the recommendations. "It describes a reality we have to face," he added.