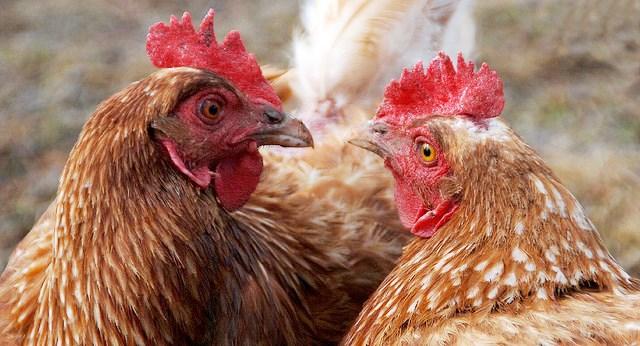 Iowa took an economic hit of about $1.2 billion stemming from the death of more than 30 million hens and 1.5 million turkeys because of avian flu this past spring, according to a report commissioned by the Iowa Farm Bureau Federation (IFBF) released yesterday.

In addition, H5 avian flu affected thousands of poultry in multiple outbreaks in both Palestine and Nigeria.

The Iowa study, conducted by Decision Innovation Solutions of Urbandale, Iowa, found that the avian flu outbreaks around the state—mostly caused by H5N2—resulted in 8,444 lost jobs, many of which will not be recovered.

It also noted an impact of $427 million in lost wages in addition to the jobs lost, as well as about $145 million in lost taxes. The firm estimated the total economic loss at $1.2 billion. The outbreaks affected the egg, chicken, and turkey industries in the state.

In May, Minnesota and Iowa experts put the total loss for the two states at around $1 billion, but several H5N2 outbreaks occurred in both states after that. Minnesota lost more than 9 million poultry to the virus, mostly turkeys. Nationwide, about 50 million birds died because of the outbreaks.

"Many layer operations affected by the outbreak expect to take 18-24 months before reaching pre-outbreak production levels," the report said. "Egg producers able to sell eggs, as well as consumers, can expect to be in an elevated price environment for at least the next 6-9 months. Turkey producers are predicted to be out of production for approximately 30 weeks."

"It's really astounding that we could lose half of our poultry flock in a couple of months," said Dave Miller, the IFBF's director of research and commodity services, according to a Des Moines Register story yesterday. "Recovery from this outbreak, which devastated Iowa egg and poultry farms, will not be swift."

The report concludes, "In addition to the lost revenue to producers, [highly pathogenic avian flu] also has many other adverse consequences on economic activity up and downstream such as lost business for feed suppliers, veterinarians, truck transportation, financial institutions, and decreases in government tax revenues."

Miller added that egg prices are likely to peak this summer but will likely stay elevated for at least a year, possibly 2 to 3 years, according to an IFBF article on the report.

Meanwhile, in Palestine, H5 avian flu struck 59,638 birds total in six outbreaks in the Gaza Strip, according to an Aug 15 report posted by the World Organization for Animal Health (OIE).

More than 16,000 birds were infected and 9,808 succumbed to the disease. The rest were culled to prevent disease spread. More than 600,000 eggs were also destroyed. The outbreaks began in April.

"The infected population includes many kinds of birds especially ducks, and some other kinds like layers, Bulgarian hens, and pigeons," the report said. Preliminary polymerase chain reaction (PCR) tests came back positive for H5, with tests for the exact strain pending.

The epidemiologic comments stated, "The relationship between the cases could not be determined due to the situation in Gaza Strip," apparently referring to political unrest.

In Nigeria, four H5N1 outbreaks in the southern part of the country killed 668 laying hens among flocks totaling 3,600 birds, according to an OIE report yesterday. The rest were euthanized to curb disease spread.

Three of the outbreaks are in Lagos state, and the other is in Rivers state. The outbreaks began Jul 29 through Aug 9. Nigeria has been racked with H5N1 outbreaks this year.