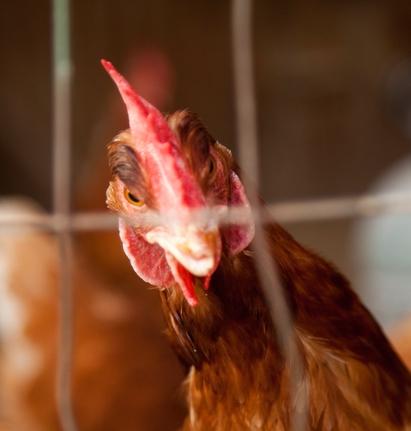 Two infectious disease news-monitoring Web sites first noted the outbreaks, based on media reports from foreign countries that acknowledged the events and imposed temporary restrictions on poultry imports from some of the affected states, along with brief notifications from the United Nations Food and Agriculture Organization (FAO).

The blog Avian Flu Diary on Jul 8 flagged a Japanese media report on the outbreaks and followed up today with two FAO reports on detections in New York and Pennsylvania. FluTrackers, a news message board, has also been following the developments and flagged a recent mention on the H5 detections in a poultry industry newsletter.

Hayden said animal health authorities are conducting trace-back and testing at markets that have epidemiologic links to the affected markets. She added that APHIS manages a joint system with states and the poultry industry to control low-pathogenic H5 and H7 in live-bird market systems and that states participating in the program have APHIS-approved response plans.

APHIS confirmation of low-pathogenic viruses in samples from live-bird markets prompts market closures; depopulation or selling down of poultry, if appropriate; and cleaning and disinfection, she said. Affected markets must pass inspection before reopening.

The USDA reports the findings to the World Organization for Animal Health (OIE) in its 6-month and annual animal health reports, Hayden said. "However, there are some trading partners with whom APHIS has bilateral agreements that we report LPAI findings to immediately. It is not unusual for them to restrict poultry imports from affected areas."

Live-poultry markets are part of a complex system that provides the fresh poultry preferred by some ethnic groups. The birds come from a variety of sources, including backyard breeders and commercial farms, according to USDA experts who authored a book chapter on live-bird markets in the Northeastern United States.

Co-mingling of birds from different locations and species provides an opportunity for avian flu to adapt and persist, which has led animal health officials to closely monitor the markets. Sporadic detections are common, but since 1996 the markets have been linked to low-pathogenic H7N2 outbreaks at five commercial poultry farms.