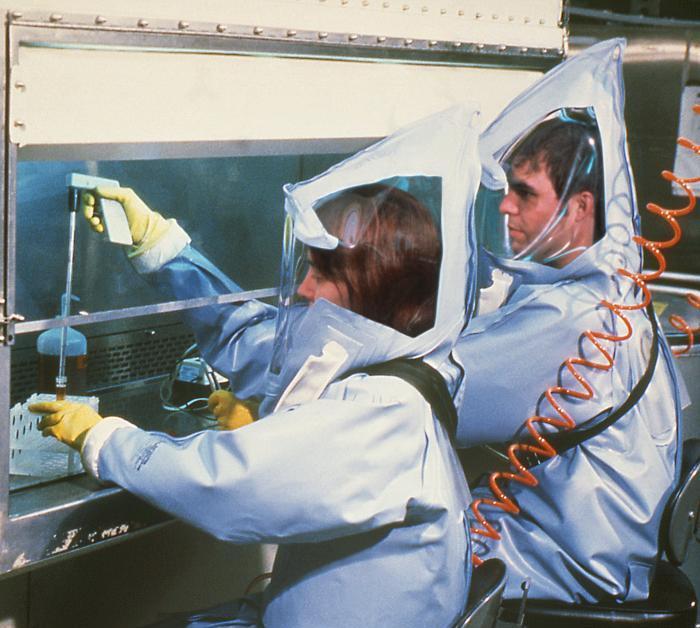 The Federal Select Agent Program (FSAP) yesterday released a report detailing protocol, potential exposures, and pathogen identification at 291 labs registered during 2015 to work with select biological agents and toxins that pose a threat to human, animal, and plant health.

This represents the first time the FSAP, which is jointly managed by the Centers for Disease Control and Prevention's (CDC's) Division of Select Agents and Toxins (DSAT) and the Animal and Plant Health Inspection Service's Agriculture Select Agent Services, has released information on oversight and regulation of registered labs, the CDC said in a press release. FSAP registers and inspects labs, arranges security checks for lab workers, and oversees the safe transfer of biological materials.

It comes on the heels of the CDC's 90-day internal review of the DSAT and recommendations for greater availability of lab data from the Fast Track Action Committee on Select Agent Regulations, also acknowledging the need for public transparency following the unintentional transfer of viable anthrax from a Utah-based US Army facility to 86 domestic and international labs last spring.

Though no individual labs are identified in the report, FSAP said that 291 labs were registered to work with select agents, of which 32% were academic, 29% nonfederal, 18% commercial, 15% federal, and 6% private.

The majority of registered labs (81%) work with Tier 1 agents, which pose "the greatest risk of deliberate misuse with the most significant potential for mass casualties or devastating effects on the economy, critical infrastructure, or public confidence," the authors said.

Federal Bureau of Investigation (FBI) approval is required for all workers at registered labs, and last year, 4,426 people were granted lab access. Access was denied for 16 people on the basis of prior felonies or misdemeanors, unlawful use of a controlled substance, fugitive status, or what the report refers to as "adjudicated mental defective."

During 2015, the FSAP conducted 216 lab inspections, mainly for the purpose of registration renewal, lack of compliance with biosafety protocol, affirmation that previously required corrective action had occurred, and observation of newly added space. Issues commonly noted by inspectors included the need for better planning documents, insufficient biosafety practices, and instances of working with select agents outside of approved spaces, the report said.

Last year, the program also approved 3 of 4 requests to conduct restricted experiments on botulinum neurotoxin, declining one proposal owing to its insistence on blanket approval for all experiments.

The report documents 12 losses of select agents, 9 of which were the result of record-keeping errors and 3 that involved mistakenly destroyed materials. No evidence of theft or criminal intent was found, the report said, adding that three anonymous safety and security tips received during the year were all found to be invalid.

Of greater concern were 199 instances of potential occupational exposure to pathogens, which resulted in the monitoring of 908 lab workers. Many possible exposures (671) occurred in people working with diagnostic specimens outside of registered labs prior to a sample's identification as a select agent, the FSAP said, adding that no illnesses, deaths, or environmental transmission occurred as a result of the breaches.

In the course of routine screening, two federal lab employees were found to have seroconverted to Coxiella burnetii, and one academic worker had evidence of Brucella seroconversion. All three people remain asymptomatic, the report said.

Last year, six registered labs were assigned a corrective action plan to amend unsafe work practices and poor recordkeeping. Three labs were placed under suspension because of evidence of poor containment and failing to inactivate biological agents, the FSAP said. Sixteen labs were referred to FBI investigators, who found no evidence of criminal activity. Four labs were referred to federal investigators; two involved repeated select-agent work outside of the registered lab.

Identification and transfer of potential pathogens

During the course of the year, regulatory agencies approved 463 transfers of biological agents, only 32% of which were initiated by registered labs. The FSAP noted that only two transfer violations occurred, both in nonregistered labs and affecting transfers of B pseudomallei and Bacillus anthracis. Of the 61 B anthracis transfers approved during 2015, 45 occurred during May and June, a spike attributed to a Department of Defense lab's accidental shipments of viable specimens marked as killed, the FSAP said.

FSAP data collection and analysis aims not only to heighten safety at labs performing research on agents with significant potential both to cause harm but also to provide insight and treatment options for catastrophic diseases and to offer the public a better glimpse into registered labs' services and shortfalls.

"This report demonstrates the program's commitment to responsibly sharing data about the regulation of select agents and toxins," the CDC commented.