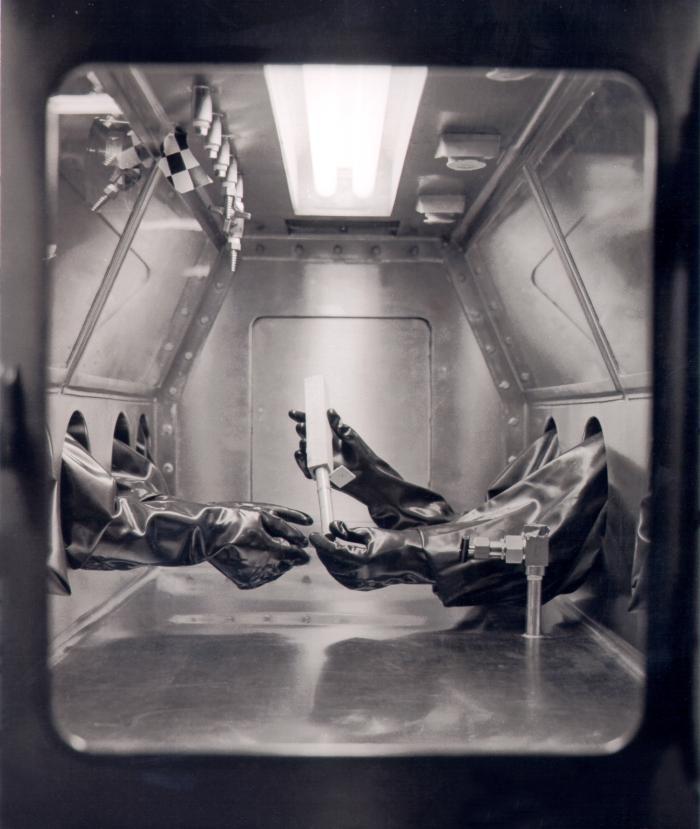 Recent lab safety lapses continue to reverberate this week, with journal editors calling for fuller reporting of mishaps and for suspension of all research at the highest-containment labs, while the American Society for Microbiology (ASM) said it wants the National Academy of Sciences (NAS) to weigh the risks and benefits of "gain-of-function" (GOF) research.

In a statement published today, the ASM called on the NAS to evaluate GOF research and consider whether the existing oversight system for it is adequate. GOF studies are those that may increase the transmissibility, virulence, or host range of a pathogen.

Earlier this week, the editors of Nature ran an editorial recommending that authorities require reporting of all serious accidents and near misses in biocontainment labs. Also, an editorial in the Annals of Internal Medicine said all research at biosafety level 4 (BSL-4) labs should be suspended until the recent safety lapses have been thoroughly reviewed, and it also called for limiting the number of BSL-4 and BSL-3 labs.

The suggestions follow recent incidents in which lab workers at the Centers for Disease Control and Prevention (CDC) inadvertently sent potentially viable Bacillus anthracis samples to a low-containment lab and shipped nonpathogenic avian flu virus samples contaminated with the deadly H5N1 virus to a US Department of Agriculture lab. Those mishaps were followed by the discovery of smallpox virus samples in a Food and Drug Administration facility.

The safety lapses have sparked much concern about lab biosafety and increased worries about GOF research, which has been debated ever since news of studies involving lab-modified H5N1 viruses with increased transmissibility in ferrets came to light in 2011.

Today's ASM statement stresses the importance of ensuring biosafety and security without unduly restricting research that can fuel advances in medicine and public health.

The focus of discussions about the safety and ethical conduct of microbiologic research "should be on assuring both safety and security in research and in the publication of research results from studies that are performed according to regulations," the ASM said. "This must be done without compromising vital innovation or public health interests that are posed by unwarranted or unwise limitations of scientific inquiries or of the publication of research results."

The society noted that "extensive regulations" governing research on dangerous pathogens are already in place, including a specific policy covering research on H5N1 viruses that have respiratory transmissibility in mammals.

"If these regulations and policy frameworks are inadequate they should be modified," the statement says. The Department of Health and Human Services and National Institutes of Health (HHS and NIH) "should consult with the scientific community regarding the adequacy of the specific H5N1 oversight system as well as review the adequacy of regulations and guidance associated with research on microbial pathogens given that accidents occasionally will happen even in the best of laboratories."

The statement concludes, "The ASM recommends that the National Academy of Sciences should be asked to consider whether the current scope of GOF research offers the benefits that merit taking the risks inherent in performing that research as well as the adequacy of the current oversight system for approval and safeguards required for the performance of such research."

The ASM statement comes on the heels of a statement earlier this week from Scientists for Science, a new group of about 50 scientists that expressed support for research on dangerous pathogens, saying it is necessary to improve understanding of infectious diseases. A member of the group said yesterday it plans to approach the ASM and NAS about organizing a meeting to discuss biosecurity.

An important part of the remedy for lab biosafety problems consists in fuller, timelier reporting of them, according to the Nature editorial, published Jul 29.

Biosafety experts say that many incidents like the CDC's anthrax and H5N1 lapses in labs worldwide go unreported, the editorial notes.

"If staff and public health are to be protected, then accidents must be reported in full, and the long-standing lack of progress here must end," it states. Referring to an accompanying news story, it says that many accidents are caused "not by a lack of physical barriers or regulations, but by the absence of a strong biosafety culture in labs and their oversight bodies."

Such a culture should include timely information about all accidents and their causes, which would enable organizations to quickly absorb the lessons, the editors write. Some professional societies have proposed creating an international system for sharing such information confidentially, but funding has not materialized.

Such a system would be a start but would not be enough, the article says. "Regulatory and oversight bodies throughout the world should require the reporting of all serious accidents and near misses in biocontainment labs, and in particular those that occur in labs with the highest biosafety levels. Timely incident reports should also be made available on public websites—as many nuclear regulators require of power plants—perhaps with an option for sharing details and more-sensitive information confidentially."

Amid the negative publicity about the recent lab mishaps, most researchers now would probably be reluctant to report an accident, the editors say, adding, "This blame game is unhelpful. What is more important, and in everyone's interests, is to prevent future accidents. And that requires full data on accidents and why they happen."

In Annals, an editorial assigns much of the blame for the CDC lab lapses on a weak safety culture and suggests that research at all BSL-4 labs—not just those at the CDC—be suspended until those accidents have been thoroughly investigated.

In the editorial, Deputy Editor Deborah Cotton, MD, MPH, observes that the terrorist attacks of 2001 sparked a boom in biodefense research, more than tripling the number of BSL-3 labs to 1,400 and raising the count of BSL-4 labs to 14, compared with 2 in 1990.

Suggesting that this proliferation of labs went too far, she writes, "In the aftermath of 9/11, we acted more from emotion than reason."

She says that the CDC mishaps and others "painfully illustrate that safely conducting research with deadly pathogens requires continuously updated laboratory safety training, policies, and procedures at least as much as bioidentity scanning, air filtration systems, 'space suits,' and surveillance cameras. An all-encompassing culture of safety is essential, and that is what seems to have been missing at the CDC."

Cotton concludes, "It is time to move past the fear created by the events of September 2001. We should suspend all research at BSL-4 laboratories until a thorough review of the CDC accidents can be completed. For the future, greatly limiting the number of BSL-3 and BSL-4 laboratories would probably better enable us to ensure their safety. We must contain the terror within."