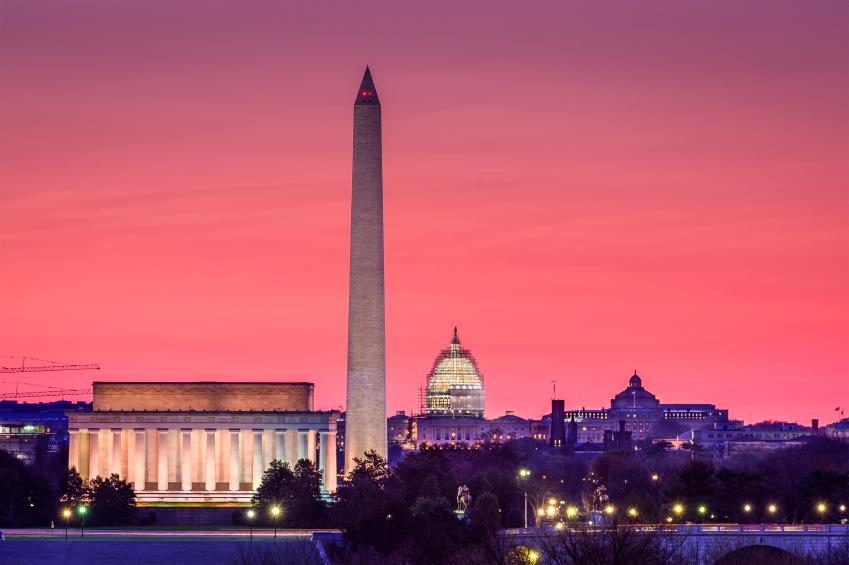 Congress last week passed a $1.15 trillion budget for the upcoming year, giving the National Institutes of Health (NIH) its biggest increase in 12 years, providing new funds to help the Food and Drug Administration (FDA) implement food safety reforms passed 5 years ago, and including modest gains for other public health activities.

The House and Senate both passed the Consolidated Appropriations Act on Dec 18, and President Barack Obama signed it into law the same day. The budget bill funds the government until Oct 1.

The day before the passage, the American Public Health Association (APHA) said it supported the omnibus spending bill, saying overall, public health improved in spending, but it remains "woefully underfunded."

The APHA also noted that the bill provides significant new resources to implement the Food Safety Modernization Act (FSMA), enacted in 2011. According to a Dec 16 statement ahead of the vote from the Senate Appropriations Committee, the bill fully funds the $109 million budget request for implementing FSMA. For comparison, for the 2015 fiscal year, the FDA received only $27.5 million for the effort.

Earlier this year in a blog post, the FDA's deputy commissioner for foods and veterinary medicine Michael Taylor, JD, said the funds are needed to recruit experts to ensure that guidance for food producers is based on the best science and industry practices possible, for education and technical assistance for groups subject to FSMA rules, and to support state agencies and public-private partnerships.

The NIH has been described as one of the major winners in the newly passed budget. The $32.084 billion in total funding reflects an increase of $2 billion from last year and is the agency's largest boost since 2003. The support includes $100 million for research to battle antimicrobial resistance.

NIH director Francis Collins, MD, PhD, said in a Dec 18 statement, "This is the most encouraging budget outcome in 12 years. As Director of NIH, I welcome this development with a deep sense of gratitude," he said, praising the bipartisan support, congressional leadership, and science community advocacy that made the funding increase possible.

The APHA said in its statement that the budget provides the Centers for Disease Control and Prevention (CDC) with a modest increase of $278 million, which will beef up a range of programs, including efforts aimed at reducing antibiotic resistance and activities related to climate and health. The Senate Appropriations committee put the number for CDC antibiotic resistance initiatives at $160 million.

Next year's funding provides $160 million for preventive health and health services block grants, which help states respond to their most pressing public health needs, according to background information from the House appropriations committee.

CDC funding also includes $1.405 billion for Public Health Preparedness and Response, which support supplies and resources to streamline response to a bioterror attack or other public health emergency. That amount is in line with Obama's budget request and reflects an increase of about $29 million from last year.

Biodefense efforts fared well in funding, with the Project Bioshield Special Reserve fund jumping to $510 million from $255 million last year, according to a Dec 18 statement from the Alliance for Biosecurity, a trade group based in Washington, DC. The fund is used to procure countermeasures such as drugs and vaccines to respond to public health threats.

Paul Chaplin, the group's cochair and president of Bavarian Nordic, said in the statement, "As the recent Ebola outbreak reinforces, when a health crisis breaks out, we must have a rapid response ready to go."

For the US Department of Agriculture (USDA), the law includes $898 million for the Animal and Plant Health Inspection Service (APHIS), a $23 million bump from last year, according to background information from the House appropriations committee. Areas that will see an increase are, for example, the National Animal Health Laboratory Network and efforts to address highly pathogenic avian influenza.

Meanwhile, funding for the USDA's Food Safety and Inspection Service (FSIS) comes in at $1 billion, which is below its $1.6 billion 2015 funding level, but $3.3 million above Obama's request. Much of its funding supports mandatory inspection activities.

Congress added several policy items in its appropriation bill, one of which was a repeal of country-of-origin labeling (COOL) requirements for certain beef and pork products. The rule violates World Trade Organization (WTO) standards and, if allowed to continue, would have triggered retaliation by other nations.

Earlier this month the WTO panel approved Canada and Mexico to impose up to $1 billion a year in sanctions against the United States over the COOL label requirement, which was expected to prompt retaliatory tariffs on other US exports.

In a statement after the bill's passage, USDA Secretary Tom Vilsack said the bill repeals COOL requirements for muscle cuts of beef and pork and ground beef and pork. "Effective immediately, USDA is not enforcing the COOL requirements," he said, adding that the agency will amend the regulations as soon as possible and that all imported and domestic meat will continue to undergo rigorous USDA inspection to ensure food safety.

The National Cattlemen's Beef Association (NCBA) in a Dec 18 statement said the step is among the appropriation bill's several victories for industry. Philip Ellis, the group's president, said the labeling regulation has cost the industry millions and that cattle producers have had to bear the cost of the failed program.

He added that the bill also requires a more stringent regulatory process for allowing beef imports from regions with a history of animal disease outbreaks.

The Consumers Union on Dec 8 had urged Congress to keep a full COOL repeal out of the appropriations process, especially regarding poultry products, which weren't part of the WTO case. It added that its surveys have shown that the labeling is extremely popular with consumers.

In the area of global health, several areas saw increases or at least level funding, according to the Senate Appropriations committee.

For preparedness against pandemics and other emerging health threats, however, Congress approved just $72.5 million. The Alliance for Biosecurity said it was disappointed with that funding item, because it was well below the president's request. "A shortfall in funding for pandemic influenza preparedness again this year continues the significant reductions seen in fiscal years 2014 and 2015," it said.

Among other items, $59 million is targeted for polio prevention programs, $9 million more than requested. Efforts to fight malaria will get a $4.5 million boost compared with last year, for a total of $674 million, with the battle against tuberculosis targeted to receive $45 million more than the previous fiscal year, or $236 million total.

Department of Homeland Security (DHS) Secretary Jeh Johnson in a Dec 18 statement congratulated Congress on passage of the funding bill. "It is a strong bill for homeland security. I am very pleased with the funding levels provided, and the number of other things the bill does to help us protect the Homeland."  Much of the spending bill for DHS is aimed at cybersecurity and efforts to counter terror threats and violent extremism.

The budget includes $1.5 billion to equip and train first responders—the same as fiscal year 2015—and $350 million in Emergency Management Performance Gaps to help sustain the nation's emergency management capacity, according to the Senate committee. Also, the approved DHS funds include $100 million for disaster preparedness, quadruple the amount passed for the previous fiscal year.