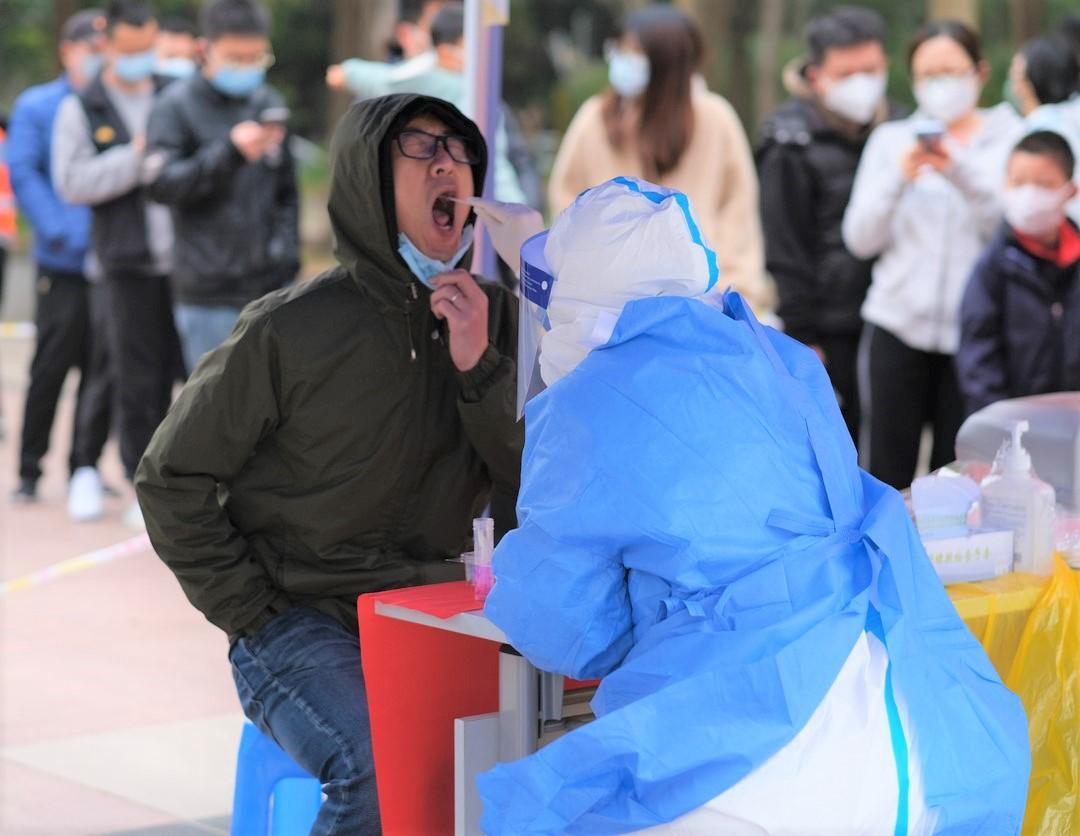 "There's simply no way what they are reporting is what is happening," said Michael Osterholm, PhD, MPH, who directs the University of Minnesota's Center for Infectious Disease Research and Policy (CIDRAP), publisher of CIDRAP News.

The proportion of asymptomatic cases defies biological logic, he said, and to report that Shanghai's death toll is so low is a misrepresentation when Hong Kong currently has the highest per capita death rate in the world.

During a January to March surge in Omicron cases, Hong Kong recorded 5,906 COVID-19 deaths. That contrasts starkly with Shanghai, where health officials maintain that no residents have died during the Omicron surge and only 1 case out of 250,000 recorded since Mar 1 required medical treatment.

"Why would no one be dying in mainland China?" Osterholm asked. "Unfortunately, this adds to the lack of trust in China's ability to report public health."

At the end of January, Osterholm had said China's commitment to a zero-COVID policy was flawed in the face of Omicron, which is too transmissible to contain with lockdowns and early pandemic mitigation strategies.

"Earlier efforts by China worked, because they were containing a forest fire," Osterholm said. "But Omicron is the wind. You can't contain the wind."

Earlier this week President Xi Jinping said his country was still committed to zero COVID, as videos of Shanghai residents screaming from their apartments surfaced on social media. Residents have posted online about severe food shortages in their city.

Pfizer moves toward booster for kids

Today Pfizer and BioNTech announced new data that support authorizing a third dose, or booster shot, of their mRNA vaccine for children ages 5 to 11.

The companies said a third dose produced a 36-fold increase in neutralizing antibodies against the Omicron variant and a 6-fold increase in neutralizing against the SARS-CoV-2 wild-type strain. The companies say they plan to submit a request for emergency use authorization (EUA) for a booster dose in this age group to the Food and Drug Administration in the coming days.

The evidence comes from 140 participants in a phase 2/3 trial who received a 10-microgram booster dose (the same dose in the primary series) approximately 6 months after their second vaccine dose. The primary vaccine series was granted an EUA in October 2021.

Children ages 5 to 11 make up almost 9% of the US population, and vaccinating this group has been a key goal promoted by experts who say vaccination is a way to maintain in-person learning. However, according to the Centers for Disease Control and Prevention (CDC), vaccine uptake is the lowest in this age-group, with only 28% of kids receiving two doses of vaccine.

Currently, Pfizer boosters are authorized for all Americans ages 12 and up.

The CDC COVID Data Tracker shows that 65.8% of Americans are fully vaccinated against COVID-19, 77.3% have received at least one dose of vaccine, and 45.3% of those eligible have received their first booster dose.