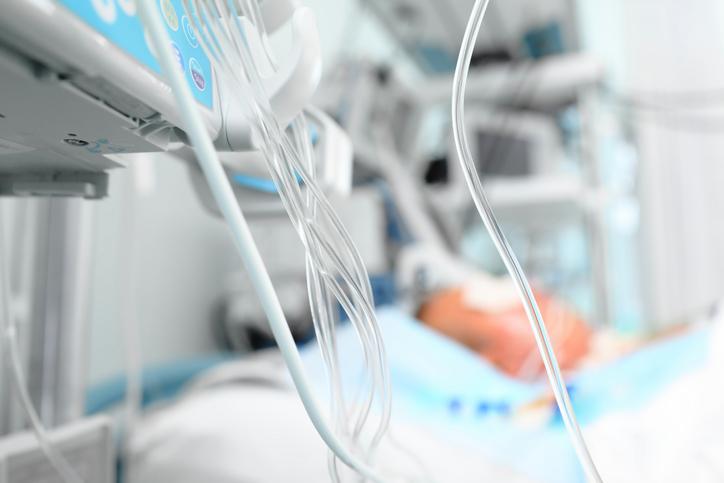 Reflecting continued slow decline of H7N9 avian flu cases in China, eight new illnesses were reported this week, as research teams from the country published new studies that provide an early glimpse of the epidemiology and clinical features of the highly pathogenic variant that recently emerged in poultry and is also infecting people.

The eight latest H7N9 cases from China noted today in a regular update from Hong Kong's Centre for Health Protection (CHP) are down slightly from nine cases reported last week. Among the new batch of illnesses, six patients had known exposure to poultry, poultry markets, or mobile stalls. No deaths were reported.

All of the sick people are adults with illness onsets ranging from May 12 to May 29, and five are men.

The patients are from seven different provinces that make up a broad geographic area, which with late-season northward spread has been a unique feature of China's fifth and biggest wave of H7N9 activity, which began in October and is still under way. Affected provinces are Shandong, Anhui, Guangxi, Hebei, Hubei, Shaanxi, and Sichuan.

The CHP said the new case-patient reported from Shaanxi province, located in northern China, was probably infected in Inner Mongolia province, which a few days ago announced its first-ever local H7N9 case and had recently reported its first outbreaks in live-market poultry.

Two early-release studies published in Emerging Infectious Diseases yesterday shed more light on the new highly pathogenic strain infecting poultry, which has also been detected in some patients, raising questions about whether the illness pattern for people is different from what China has seen with the low-pathogenic version of H7N9 avian flu.

In one of the new studies, researchers from China and their counterparts at the US Centers for Disease Control and Prevention examined eight case-patients from three provinces in southern China (Guangdong, Hunan, and Guangxi) who had highly pathogenic H7N9 infections and compared the clinical and epidemiologic findings with patterns seen for low-pathogenic H7N9.

According to their preliminary findings, infection with highly pathogenic H7N9 was associated with exposure to sick and dead poultry in rural areas. Those patients were hospitalized earlier than those infected with low-pathogenic H7N9, but otherwise showed similar patterns and disease severity.

The researchers said the low number of highly pathogenic H7N9 cases limited their power to detect differences between the two patient groups. They said their findings might suggest more rapid disease progression and greater severity, because they saw higher mortality and shorter intervals between illness onset and death for those who were sick with the highly pathogenic virus, but the differences weren't statistically significant.

In the second report, a team from China described the clinical course and genetic findings in a 56-year-old Guangdong province man who died from a highly pathogenic H7N9 virus that showed a marker for resistance to neuraminidase inhibitors (NIs), the antiviral drugs commonly used to treat influenza.

The man, who had underlying medical conditions, got sick in early January. Before he became ill, he noticed that some of his backyard chickens were sick and dying. Some of the birds were slaughtered, cooked, and eaten by the man and his family.

Four days after symptoms began, the man was hospitalized with pneumonia and given the NI oseltamivir (Tamiflu) because of the contact he had with poultry. His condition deteriorated, and he was placed on a ventilator and given peramivir, another NI, in the intensive care unit, where he died a few weeks later.

Phylogenetic analysis of an H7N9 isolated collected on day 6 of his illness, 2 days after oseltamivir treatment began, revealed a hemagglutinin marker that suggested the virus might be highly pathogenic in poultry and was similar to mutations seen in recent human cases in Taiwan and Guangdong province.

The researchers said viruses from two other patients with the highly pathogenic H7N9 mutation also had the resistance marker, and all three patients probably acquired it after oseltamivir treatment began. They added that the mutation likely contributed to the treatment failure.

Other factors may have contributed to the man's poor outcome, the group wrote, including his underlying conditions as well as a heart attack and secondary infections from antibiotic-resistant bacteria while hospitalized.

The authors concluded that so far the clinical features don't appear different from those of earlier infections with low-pathogenic H7N9, and no evidence was seen of systemic infection. They added, however, that heightened surveillance is needed to determine the extent of the two mutations.