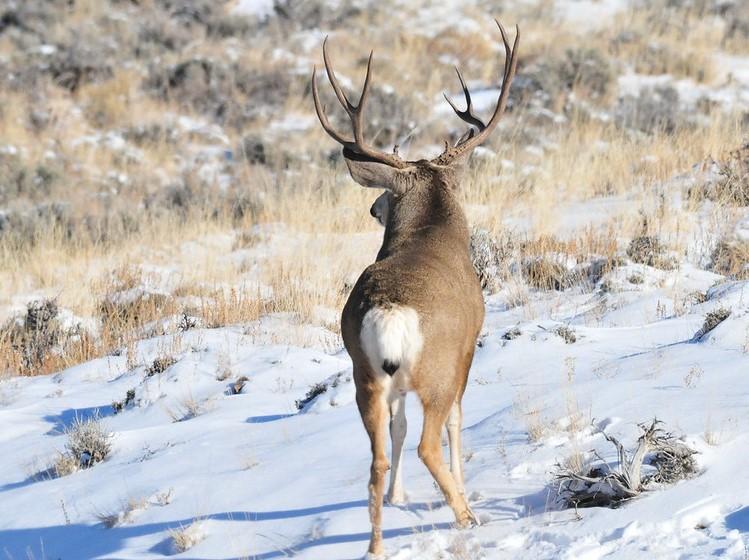 "Seeing a deer test positive for CWD west of the continental divide again is concerning," said Scott Edberg, deputy chief of wildlife for the WGFD in a press release. "Game and Fish is always concerned about the spread of CWD."

Though CWD is more common in Wyoming's deer population than in its elk population, the Game and Fish Department said it was taking several steps to prevent CWD transmission in elk feeding grounds, including increasing surveillance and delaying supplementary feeding into the winter to discourage transmission between large groups of animals.

"When CWD is found on elk feedgrounds, we will all be faced with some difficult discussions
regarding elk management in western Wyoming," said Brad Hovinga, the Jackson regional wildlife supervisor.

"Game and Fish has been working to lay the groundwork to minimize impacts and be prepared, but we realize this is a serious wildlife dilemma where solutions will require broad public support and a collaborative approach that includes help from partner agencies, elected officials, sportspersons, the general public, and local communities."

The WGFD said any animal exhibiting potential symptoms of CWD will be lethally removed.

CWD is transmitted via the infectious bodily fluids of sick animals. The disease is hard to contain because it can be excreted into the soil, and standard methods of sanitization fail to kill prions, the misfolded proteins that cause the illness.

In a new study conducted at the Rocky Mountain Laboratories in Hamilton, Montana researchers said that stainless steel wires coated with CWD prions were effectively sanitized in a bleach solution, but the bleach only worked as a surface contaminant. The study appears in PLOS One.

The stainless steel wires were treated as stand-ins for the knives and saws commonly used by hunters and butchers. After 5 minutes in a 40% sodium hypochlorite (household bleach) bath, the wires were free of prions.

But when researchers applied bleach to the solid tissues of CWD-infected mice, even a 30-minute soak in a bleach solution failed to kill off prions.

"Small solid pieces of CWD-infected brain were not successfully decontaminated with the use of bleach. This was not surprising as bleach has traditionally been used as a surface disinfectant since it has poor tissue penetration and much lower efficacy when excessive organic matter is present," the authors concluded. "Therefore, it is very important to thoroughly clean and remove solid pieces of tissue prior to surface decontamination with bleach."

Although CWD has not been found in humans, researchers and experts worry the illness could mirror other prion diseases, as happened with bovine spongiform encephalopathy (BSE, or "mad cow" disease), and transmit to humans who eat CWD-infected game.

SUPPORT FOR CWD PROVIDED BY

Study raises possibility of sexual spread of CWD in deer