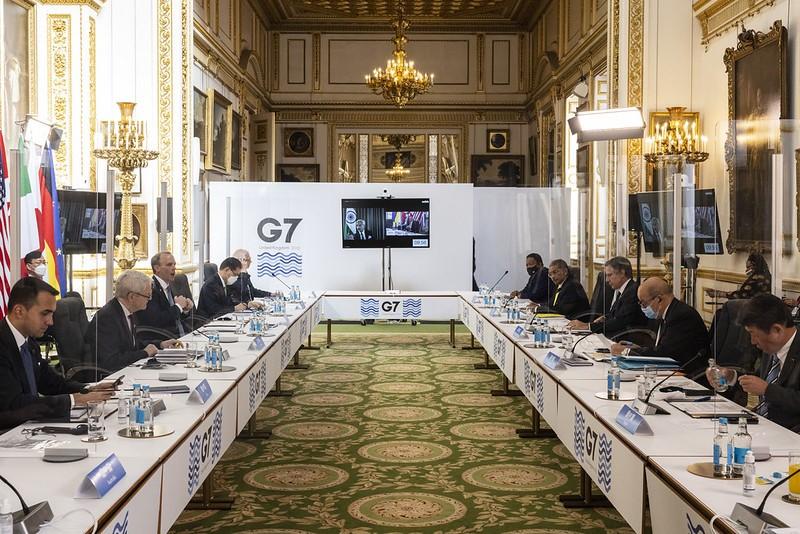 At the conclusion of a meeting this month in England, health and finance ministers from the G7 nations released statements that included commitments to fighting the growing threat of antimicrobial resistance (AMR) with meaningful actions. Those statements were hailed by many AMR experts as an important acknowledgement that countries need to be prepared for a future pandemic caused by antibiotic-resistant pathogens.

But a new report indicates that while the world's leading economies have been talking a good game when it comes to addressing AMR, they have yet to translate that talk into substantive action.

The report from the Global Coalition on Aging and the Infectious Diseases Society of America (IDSA)—the AMR Preparedness Index—looks at the level of attention governments of 11 countries have given to AMR and how well they are living up to their commitments. The countries were assessed across seven categories that AMR experts have identified as critical to addressing the growing "silent pandemic" of drug-resistant pathogens.

While some progress has been made, the report found that the countries—Brazil, Canada, France, Germany, Italy, India, China, Japan, South Korea, the United Kingdom, and the United States—have largely failed to back up their promises with meaningful action. Among several shortcomings highlighted are lack of adequate investments, failure to develop and implement ambitious national AMR action plans, low public awareness of AMR, and failure to make AMR a political priority.

"If countries do not adequately prepare for and address AMR, the very foundation of modern healthcare will fall away, taking with it the great achievement of human longevity," the authors of the report write. "Yet, government action to date has failed to match the severity of the crisis."

Based on published research and reports, surveys, and interviews with experts, the report measured the performance of each country across seven categories, each encompassing several indicators, and assigned them an overall score on a 100-point scale. The categories included national strategy, awareness and prevention, access, appropriate and responsible use, AMR and the environment, innovation, and collaborative engagement.

Among the questions asked by the authors in their evaluation was how robust countries' national AMR action plans are, how much national funding there is for efforts to combat and build public awareness of AMR, what kind of incentives are being considered and adopted to boost antibiotic development, and what is being done to curb overuse and misuse of antibiotics.

The countries with the highest overall scores were the United Kingdom (76) and the United States (68), followed by Germany (64) and France (61). But those scores revealed major shortcomings even in countries that were at the top of the list.

For example, analysis of national expenditures showed that, of the 11 countries, only the United States and the United Kingdom have committed material investments to address AMR. But experts agree that even those investments aren't sufficient.

Similarly, the report lauded efforts in both countries to address the broken marketplace for new antibiotics and stimulate antibiotic development—the United Kingdom with its pilot pull-incentive program to pay drug companies for antibiotics based on their expected value to society, and the United States with recently introduced legislation (the PASTEUR Act) that would implement decoupled subscription payments for new antibiotics.

But whether those efforts will be successful is unclear, and few other countries have shown a commitment to policies that could boost antibiotic development. In fact, the report notes that many policymakers interviewed didn't fully understand the incentive proposals that experts agree are needed to restore the antibiotic pipeline.

The report also found that, across most countries, public awareness of AMR and antibiotic misuse is poor. A review of recent survey shows that only 46% of the public in Brazil, 51% in the United States, 63% in China, and 68% in India recognize AMR as a term.

"The awareness of the relationship between the use of antimicrobials and the development and spread of AMR is still unfortunately very low," Tiemo Wölken, a member of the European Parliament from Germany, said during a webinar discussion held yesterday to launch the report.

Most countries also received low scores on innovation, AMR and the environment, and collaborative engagement.

"There's tremendous progress in many of the key areas in almost all countries, but it also really highlights that more needs to be done on all the key areas in every country," James Anderson of the International Federation of Pharmaceutical Manufacturers & Associations, which sponsored the report, said during the webinar.

Anand Anandkumar, PhD, CEO of the biopharmaceutical company Bugworks and another participant in the webinar, noted that the three countries with the lowest overall index scores—Brazil (34), China (37), and India (37)—could provide regional leadership on AMR because of their size and economic strength. But they have to commit to funding to their national AMR action plans, developing push and pull incentives that will encourage and reward antibiotic development, and promoting responsible use of antibiotics.

"There is a big opportunity for these countries to step up," he said. "Clearly, no one wants to come to these countries and launch their drugs if there is no market and no stewardship plan."

Based on the findings, the report concludes that the 11 countries need to strengthen and fully implement their AMR national action plans, raise public awareness of AMR and its consequences, bolster AMR surveillance efforts, and fundamentally restructure the antibiotic marketplace to stimulate innovation.

Other priorities include promoting appropriate use of antibiotics, enabling consistent and reliable access to antibiotics, integrating a One Health approach into national AMR strategies, and engaging with other governments and advocacy groups.

The hope is that the index will serve as a benchmark against which future progress in these countries can be measured. Neil Clancy, MD, an infectious diseases expert at the University of Pittsburgh School of Medicine and member of IDSA's AMR Committee, said he believes understanding what countries' strengths and weaknesses are, and how they can improve, will help governments be better prepared for the future.

"It's imperative to seize the moment now," Clancy said. "As COVID has taught us, advanced preparation puts you in a place where, when problems hit a threshold, you're ready to deal with them. And the time to be dealing with AMR is now."