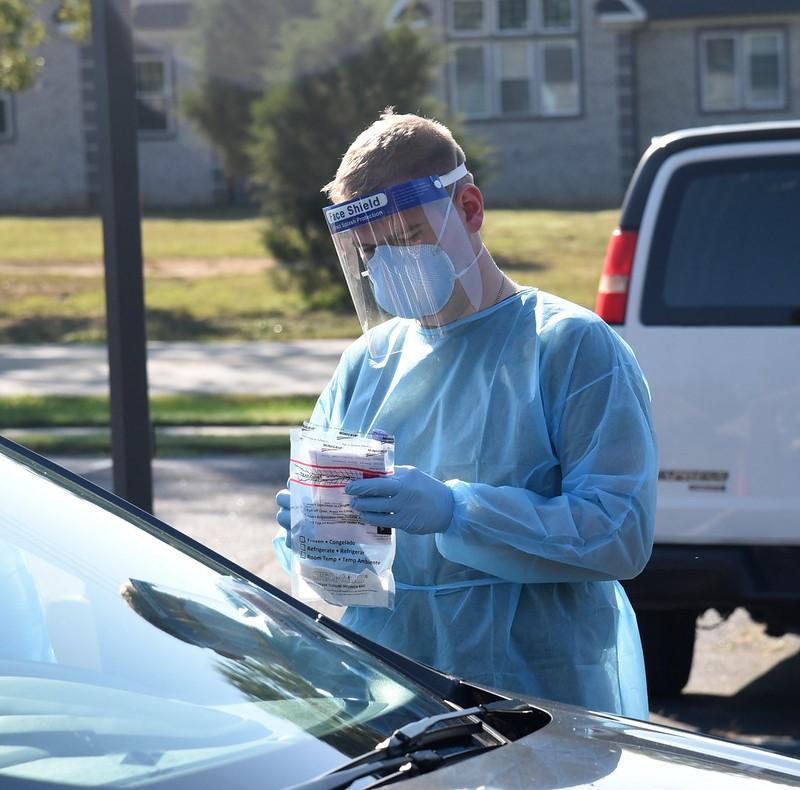 The 7-day average of new daily COVID-19 cases is now 160,506, the highest it's been since Jan 25, according to the according to the Washington Post tracker. Despite three authorized vaccines, American cities and states have seen large late-summer outbreaks due to the highly transmissible Delta (B1617.2) variant.

August was the fourth-worst month of the pandemic for new COVID-19 cases, with 4.22 million reported, according to USA Today. The 28,605 deaths is more than three times the number reported in July.

The high numbers come just days before Americans look to celebrate summer's end with Labor Day parties, and millions of school age children who are not yet eligible for the vaccine are due back in classrooms.

According to the New York Times tracker, the country recorded 160,041 cases, including 1,346 deaths yesterday.

According to the CDC, roughly 550,000 vaccines are currently be administered daily in the United States.

Within 3 weeks, the Biden administration said the first recipients of the mRNA two-dose vaccine made by Pfizer should receive a third booster dose. The announcement has led two of the Food and Drug Administration’s (FDA) top vaccine regulators, Marion Gruber, MD, and Philip Krause, MD, to announce they are leaving the agency this fall, the New York Times reports.

Neither Gruber nor Krause allegedly believe there is enough data to support the use of boosters at this point, and felt the Biden administration was rushing the FDA.

The White House has said the FDA has to approve the booster shots before they become available, but also publicly stated a deadline of Sep 20.

Politico has also reported officials inside the FDA were angered at the deadline, and feel pressured to collect and analyze data that clearly demonstrate the boosters' benefits before the deadline. Pfizer submitted booster dose application data to the FDA on Aug 27, but neither Moderna nor Johnson & Johnson have submitted any data.