COVID-19 vaccine in high demand across US, but supply limited 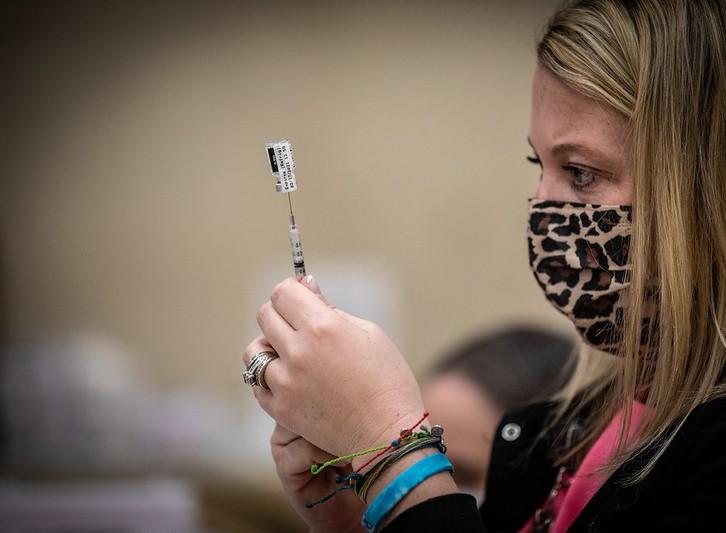 Across the country, states are expanding vaccination criteria and opening mass COVID-19 vaccination sites to an eager population. But, as the New York Times reports, few states claim they have enough vaccine supply to meet demand.

The Centers for Disease Control and Prevention (CDC) COVID Data Tracker shows that 70,057,800 COVID-19 vaccine doses have been delivered in the United States, and 52,884,356 have been administered. That translates to roughly 12% of the US population having had at least the first dose in a two-dose series of either the Moderna or Pfizer vaccine.

On average, 1.7 million Americans are getting vaccinated each day, and the federal government is sending 11 million doses to the states each week. Though this is a substantial increase since vaccines first became available in December, most governors say they go through allotted supply quickly.

Yesterday New York Gov. Andrew Cuomo said his state had used 90% of all available vaccine, after opening up vaccination criteria to include those with chronic illnesses, including obesity or hypertension.

Today Garcetti tweeted that the city will have 58,000 doses available this week, but most would be going to planned second doses, not first doses.

San Francisco also had to temporarily shut down one of its high-volume vaccination centers over the weekend because of a lack of vaccines, for at least 1 week as it waits for more vaccine supply. Health officials in that city said they are prepared to administer 10,000 doses per day, the amount they receive in a week.

Today Cuomo, head of the National Governors Association (NGA), called for increased clarity from the Biden administration concerning vaccine allotment and distribution. In addition, the NGA is asking the federal government to allow states to control allocated doses to pharmacies.

"We need coordination between the federal government and the state government so we know what pharmacies they're sending to," Cuomo said today during a press conference.

The demand for vaccine occurs as the 7-day average of daily new cases is now 90,416—down from a peak of about 250,000 in early January, according to Johns Hopkins University. The drop is a welcome signs that post-holiday surges are on the decline.