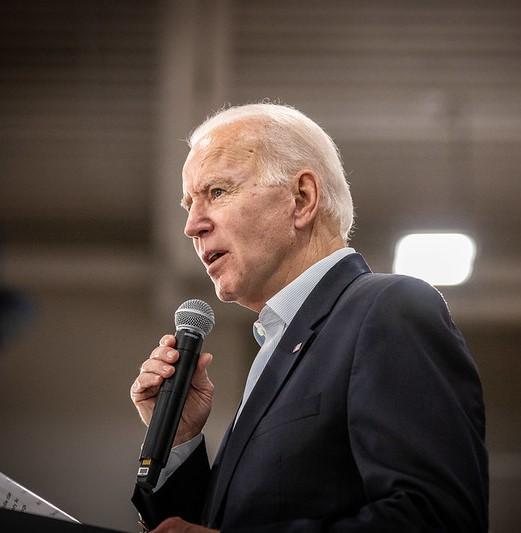 With talk of a vaccine in time for Election Day ramping up, both Democratic presidential nominee Joe Biden and incumbent Donald Trump continue to confront the pandemic as a major talking point for the presidential election, now 2 months away.

"Let me be clear," Biden said. "If President Trump and his administration had done their jobs early on in this crisis, American schools would be open. And they'd be open safely."

Biden said his administration would spend $200 billion in new funding to reconfigure classrooms, improve ventilation and take other steps to allow for social distancing within existing buildings to reopen schools as quickly as possible.

Both Biden and Trump agree the best place for students is in the classroom, but the Trump administration has not passed proposed legislation that would offer $105 billion to schools to reopen. Instead, in July, Trump threatened that schools that don’t reopen may be cut off from federal funding. And throughout the summer, federal agencies have largely produced guidelines to reopening that put the impetus into local school districts' hands.

"Mr. President, where are you?" Biden said during his speech. "Where are you? Why aren’t you working on this? Get off Twitter. And start talking to the congressional leaders of both parties . . . You always talk about your ability to negotiate. Negotiate a deal."

In related news, Politico reports the Trump administration has pivoted to a new testing strategy 8 weeks out from the election, one meant to lower deaths and offer more targeted testing to those  at-risk for severe COVID-19.

The strategy would halt widespread testing and instead focus on older people and students going back to school. Sources who spoke to Politico said the plan is influenced by Scott Atlas, MD, a neuroradiologist and medical adviser to Trump.

Last week, the White House purchased 150 million rapid antigen card tests from Abbott, with the idea the tests could be used widely at schools and nursing homes.

A Minnesota man who attended the Sturgis, South Dakota, motorcycle rally in August has died from COVID-19. The man who died was in his 60s and had underlying health issues, the Minnesota Department of Health said.

This is the first death linked to the rally, which was attended by 400,000 people. Neither masks nor social distancing were mandated during the 10-day event, and at least 12 states are tracking cases linked to the event. So far, Minnesota has traced 50 cases of COVID-19 to the rally.

Meanwhile, the US Coronavirus task force is urging Missouri to adopt a statewide mask mandate and close bars. As of Aug 30, the state was in the "red zone" for cases, meaning more than 100 new cases per 100,000 population. According to CNN, Missouri is one of 15 states in the United States that does not require residents to wear masks in public.