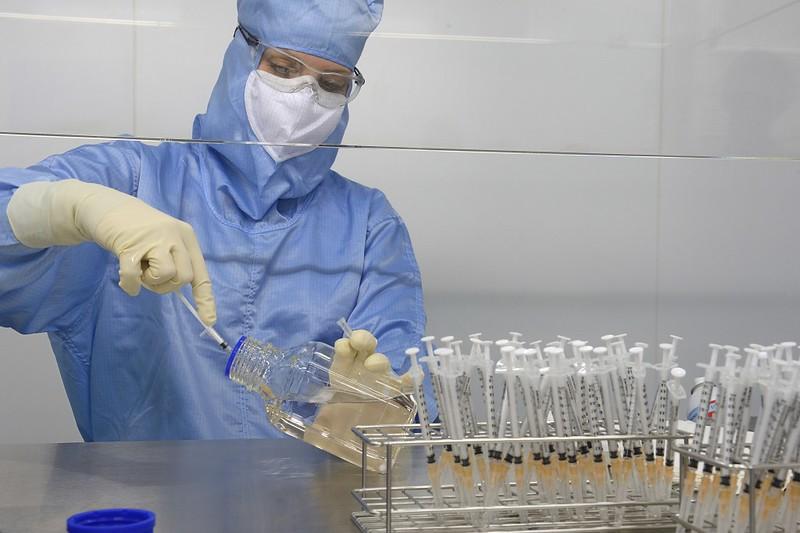 Today during an 3-hour hearing in front of Congress on the federal response to the COVID-19 pandemic, Anthony Fauci, MD, director of the National Institute of Allergy and Infectious Diseases, said that it was a definitely a possibility the United States would have an effective vaccine against COVID-19 by early next year.

His optimism comes on the same day Operation Warp Speed, the US's COVID-19 vaccine program, announced its biggest agreement yet: $2.1 billion to Sanofi Pasteur to supply the US government with 100 million doses of its experimental coronavirus vaccine. Sanofi is working with GlaxoSmithKline on a vaccine clinical trial planned for September.

Fauci said he saw promising data on Moderna's vaccine, which began its phase 3 trials on Monday. Moderna's vaccine is also being funded in part by Operation Warp Speed, which has so far spent $8 billion on vaccine development.

And in answering questions about China and Russia's progress on a vaccine, Fauci seemed confident the United States would not have to rely on an international vaccine candidate. "I do not believe that there will be vaccines so far ahead of us that we will have to depend on other countries to get us vaccines," he said.

Fauci was asked by James Clyburn, the Democratic Representative from South Carolina, why the United States had more cases than Europe and if President Donald Trump's assertion that the high case counts in the country are simply because of more testing was true.

"When they [Europe] shut down, they shut down to the tune of about 95%, getting their baseline down to tens or hundreds of cases a day," Fauci said. "I stand by my previous statement that the increase in cases was due to a number of factors, one of which was that in the attempt to reopen, that in some situations, states did not abide strictly by the guidelines that the task force and the White House had put out and others that even did abide by it, the people in the state actually were congregating in crowds and not wearing masks."

In the most tense part of the hearing, Fauci went back and forth with Jim Jordan, a Republican Congressmen from Ohio, about whether Black Lives Matter (BLM) protests held earlier this summer across the country spread the virus.

Fauci refused to condemn or defend BLM protests, instead repeatedly saying he thought crowds, especially unmasked crowds, were capable of spreading the virus.

The hearing took place as the nation crested 4.5 million cases of the virus, and the Centers for Disease Control and Prevention (CDC) projected that the United States could see more than 173,000 coronavirus deaths in the United States by Aug 22.

Yesterday, Arizona, Mississippi, and Florida each recorded new highs in single-day COVID-19 deaths, according to The Hill. There were 253 deaths in Florida, 172 in Arizona, and 48 in Mississippi. Florida’s tally represents the third-straight day of record-high deaths for that state.

The rising case counts have led to an erosion of American confidence concerning when and how to resume normal activities. According to a Jul 9 survey conducted by the Democracy Fund + UCLA Nationscape Project, 44% said they would send their child back to school if restrictions were lifted, down from 48% in June. The percentage of Americans who said they would go to a concert dropped to 23% from 30% in June, and the percentage who said they would fly on an airplane dropped from 39% to 34%.

Today, the CDC published in Morbidity and Mortality Weekly Report a new account of high COVID-19 attack rates among campers at an overnight camp in Georgia. Though staff were masked and tested for the virus before welcoming campers onsite, campers were not masked and engaged in singing and cheering during the weeklong camp.

"This investigation adds to the body of evidence demonstrating that children of all ages are susceptible to SARS-CoV-2 infection and, contrary to early reports, might play an important role in transmission," the authors concluded.